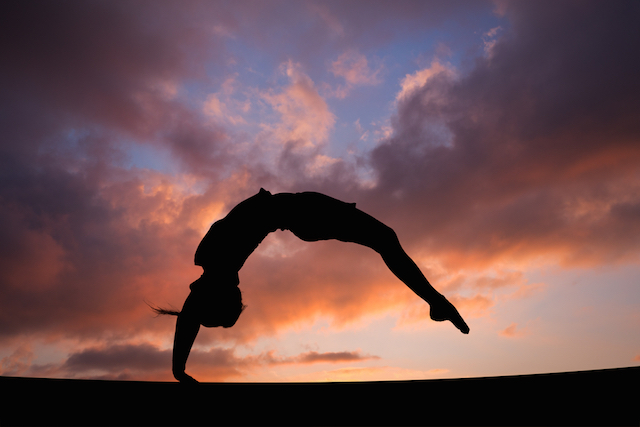 Living without flexibility in the way we act and see the world leaves us at a severe disadvantage.

I always wanted to be one of those people with incredible drive. The kind of people who don’t take no for an answer. As I became more and more like my ideal, I learned that trying to control everything just doesn’t pan out in the long run.

Real power comes from flexibility, not rigidity. Let me explain.

This fact is well known in the martial arts. Have you ever heard of Jiu Jitsu? It’s based entirely around reacting to your opponent.

You use their force against them. Rather than facing them head on, you react to your opponent in a way that brings about the best result. Dealing with life is a lot like that.

No matter who you are, you’ll have a lot of things happen to you. Some will be good, and some will be bad.

The sensei of life knows that flexibility in thinking and action is what brings true happiness. After all, the only constant in life is change.

Goals are good, but trying to constantly force your will is not only exhausting, but excruciatingly futile.

I’ve been thinking a lot about how to become more flexible in my approach to life. I’ve had some discoveries that I’d like to share here.

1. Don’t put all your eggs in one basket.

This is one I’m definitely guilty of doing. I tend to have tunnel vision when it comes to things I set out to do. The phrase “stubborn as a bull” comes to mind.

It’s not necessarily a bad quality, because I can get a lot done. On the other hand, it can be bad because I often fail to consider other options at all.

Even if you’re really good at something, it doesn’t bode well if you can’t adapt to the world around you. It’s like being a genius programmer, except you’re too closed minded to use anything but Windows 95. Not exactly a good approach, is it?

Step out of your productivity bubble for some quality reflection now and then. When you’re wrapped up in something important, it can be really hard to be objective. It could be that while you’re making excellent progress, you were too rigid in the beginning and now you’re off track.

Or perhaps you need to adapt your project to the changing marketplace rather than insisting on using outdated paradigms. Embrace change rather than fighting it, and you’ll be surprised with the results.

So how does one determine when they need to use more flexibility in their approach? This leads me to my next point.

2. Stop Everything And Think!

We used to have something called D. E. A. R. time back in elementary school. It stands for “Drop Everything And Read.”

I love the concept. There are so many things we think we don’t have time for. If we would just stop making excuses and actually go do those things, we’d get a lot more important things done.

Based on this idea, I’ve created a similar concept, not for achievements, but for purpose. It’s called S.E.A.T: Stop Everything And Think.

The reasoning behind S. E. A. T. is simple. It’s hard to objectively evaluate the worth of an activity you’re constantly doing. It’s textbook psychology: People come up with tons of reasons to justify whatever action they’re currently taking.

It’s natural, but it’s not useful. In order to get some real perspective, you have to shift your focus for a bit.

I especially like to use this method before big decisions that require a lot of flexibility in thinking. I will meditate and clear my mind. This only takes a few minutes, and I end up having much greater clarity afterward.

Another way to do this is to simply concentrate on what you’re doing. Ask yourself a few questions about it.

Pay attention to exactly what it is you’re thinking about. Rather than asking what you’re doing, ask yourself why you’re doing it.

Perhaps your goal is to help as many people as possible. Maybe you want to make more money. Are you working on something that accomplishes that goal in the best way possible? Is your approach flexible enough that you can serve others as well as yourself?

These are all important things to consider.

Occasionally, we have moments where we’re lifted above our normal, everyday thoughts. They give us an opportunity to examine our approach to life and see what works and what doesn’t.

Use this as an opportunity to have one of those moments right now. Remember to be one with the nature of change. Be flexible. Don’t stick to something that doesn’t work. Take a moment right now to have a seat, practice S. E. A. T., and decide if you’re doing what’s best for you.

Fred Tracy runs a personal development website where he acts as half guru/half lab rat for his audience. He consumes far too much information, often distilling some of it in the form of articles about positivity, inner peace, and more.

How to Create the Life You Want Using Anchors

10 Steps to Create Lasting Change in Your Life