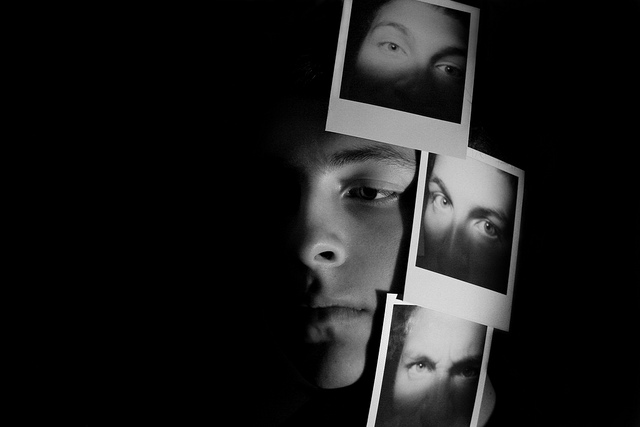 “Feelings or emotions are the universal language and are to be honored. They are the authentic expression of who you are at your deepest place.” ~Judith Wright

On March 12th of 2006 I faced an important decision: life or death? From my perspective, death seemed reasonable, logical, and easy. Life on the other hand was difficult and full of disappointment.

That was the day I realized I had no idea how to be happy or live with my true self. All I knew and felt in my soul was aloneness; an emotional black hole that consumed me.

How I got to that point is a long story, full of addictions, failed relationships, lost jobs, and victimization. Looking back, I realize I hit the bottom as a result of not being connected to myself.

To be perfectly clear, I’ve always been an emotional person. You know—touchy feely, crying when Old Yeller died, etc.

But being emotional and emotionally connected to self are two completely different things.

Being emotional meant I took everything personally. This made intense relationships with the opposite sex agonizing. Every little argument meant she didn’t love me and was walking out the door.

I realized early on it was just easier to avoid them; or at least bolt when they starting getting too serious.

I had too many emotional blind spots—out of the way places I’d shove uncomfortable feelings, in some corner of my soul. I’d keep moving just fast enough to keep them unseen in the rearview mirror.

If it was uncomfortable, I didn’t want anything to do with it.

I avoided conversations that might include, “What are you thinking?” or “What are you feeling?” My closest friends were co-workers and anyone who frequented the same bars I did. I refer to that period as my “five dollar life” because I would never put more than $5 worth of gas in my car at one time.

Not because I lacked the funds so much; I just couldn’t stand still long enough. I was in a hurry to get things done, change the world, and make my mark. I was going places while getting nowhere in a hurry.

Life was fine or at least manageable that way, until it wasn’t anymore. Up until the age of 35, I managed to avoid real emotional connectedness with myself and other people.

It’s important to note, I had no realization that any of this was going on. I didn’t know what I didn’t know.

In hindsight, it’s easy to see I was avoiding certain emotions. I’ve also realized that the “why” was not as important as the “what.”

And no, I wasn’t locked in a closet as a child and there is no one to blame but myself—which I did a lot.

But blame has no use in bringing about real change. Blame puts the focus on the cause; and if it’s outside myself, that means I have no control. The cause of my situation or emotional state is always me, I am the problem. How depressing you say?

If I am the problem, then I have access to the solution. I’d say that’s pretty empowering.

Unrealistic View of Self

By not being emotionally connected, I had an unrealistic view of myself. On the outside I showed this positive, energetic, “I have my sh#t together” persona. On the inside I was scared of being rejected and felt unworthy of love.

This conflicting self image of positive versus negative energy made it impossible to really understand and know myself. When emotions got too real or uncomfortable, I put them aside and put on my positive face. I never really dealt with them or felt them completely.

Because I didn’t feel emotions to their core—let them take me to where they needed to go—I had no idea if I could get through them. Like when I had kidney stones.

Due to unhealthy habits, there was a time prior to 2006 when I got kidney stones six different times in a period of two years. The excruciating pain was only part of it. The anxiety of “how much worse is this pain going to get” made the entire ordeal freaking terrible.

Thankfully I haven’t had kidney stones since, but now I know I can make it through some pretty painful stuff.

Emotional blind spots are emotions that we haven’t felt completely because we’re afraid of where they might take us.

But by avoiding them, we never really get to feel them to their core which is vital in learning how to detach from them in a healthy manner.

Being emotionally connected to self, I can feel emotions completely and I know they won’t kill me.

Emotions are expressions of what I’m authentically feeling, but they do not have to define or consume me. Yet I need the experience of feeling them completely in order to know I can come out on the other side and be okay.

Dealing with Tough Emotions for the First Time

My father was diagnosed with terminal lung cancer on June 26th 2010 and passed away at home 10 days later. When I first learned of his illness, I immediately sought help. I had no real experience in dealing with emotions like this before.

I talked with friends who had similar experiences and I spoke to my father every day on the phone. As I was just learning to feel these new emotions, he passed away. I was numb for a few days but I continued to talk, share, and explore my feelings.

The day after his funeral I was taking a shower. I had this feeling that a higher power had been beside me the entire time, helping me through the ordeal. But mostly I felt my dad was okay.

I felt love and sadness at the same time. But I also knew everything would be okay, not the same again, but okay. I wept—no, I wailed. I actually cried so hard my wife rushed up stairs. She stood outside for a few moments and then jumped in the shower to hold me.

I finally dealt with my emotions directly, and now I know I can face them and be okay—something I couldn’t do when I was living with a conflicted self image.

Avoiding emotions is a form of denial. If you feel disconnected from yourself, answer the following questions:

If you suspect you might have some emotional blind spots; seek help. For me, this meant life and spiritual coaching along with counseling and therapy. Taking this journey with another human being was vital in that it helped me learn how to effectively communicate what I was feeling.

As we go through life, we experience many emotions that may feel foreign and uncomfortable. When we’re emotionally connected to ourselves, we can identify the fear underneath them, work through it, and then access a state of love.

Obviously, I chose life on that day in March 2006. I’m glad I did. Since then I’ve enjoyed feeling every emotional pot hole and obstacle life has thrown my way. Today, I’m connected to myself emotionally; I’m even grateful for my emotions. And I take care of things I’m grateful for.

Jared Akers is a writer and tester of the impossible. He writes, inspires, and enjoys helping people learn How to Be Happy. He's been developing a life of happiness with his wife for the better part of the last decade while sharing his journey at JaredAkers.com.

Blind with Full Sight: On Living in the Moment