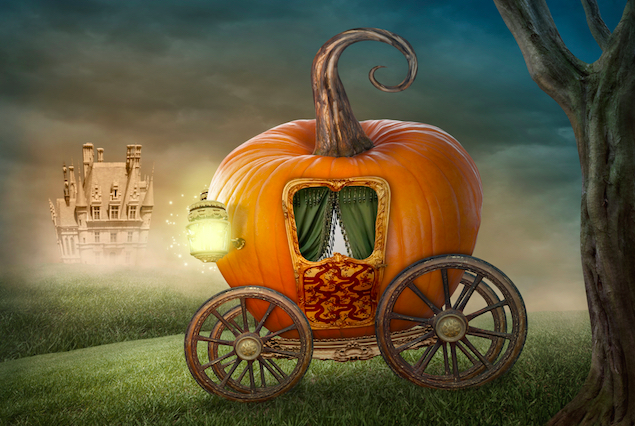 Will you marry me?

These four life-changing words have been haunting me for a while. Like many other girls in long-term relationships, I waited anxiously for the day I’d get to say yes. But does anyone really know what they’re saying yes to?

When you’re in your late twenties, it seems your entire network of friends and acquaintances pair up, some in a desperate frenzy to not end up alone. And not a beat too late, Facebook obnoxiously fills your smartphone with photos of rings, babies, and every wedding-related detail you never cared to know.

You’d like to just stop checking. But you can’t. You feel happy for some. But for others, you wonder why they’re getting a fairy tale ending and you’re not. Well, they’re not either.

Fairy tale endings don’t exist. At least not in the way we think. And a wedding certainly doesn’t mean anyone is “ending up” anywhere.

My husband’s appendix burst one year before our wedding. It was a long, paranoia-filled recovery, but we got through it.

Then my grandmother passed away.

Then we lost a battle with a poison sumac bush.

Our basement bathroom flooded with dirty toilet water a few weeks after we moved in.

Two weeks before our wedding, my husband had to get a second surgery for his appendix because it had miraculously grown back and gotten itself infected again.

The doctors were just as shocked as we were. Apparently, they never took the appendix out the first time because they simply couldn’t find it, assuming it had exploded. They found it this time.

I was grateful that we were getting through all the hard stuff before the wedding. I was grateful we’d still get our happy ending even if he wasn’t able to dance at the reception. The Universe would surely give us a break after the wedding, I thought. I was terribly mistaken.

I didn’t really understand it because I had known him for over five years already. I knew who I was marrying. And after all that had happened, you’d think I wouldn’t care so much about the small stuff. But I cared. A lot.

The aftermath of the second surgery was still taunting us and I was tired of being supportive. This was not what I imagined married life to be.

My expectations of marriage were drowning me in disappointment. I’d become one of those women who want to “fix” their husbands. It was making both of us miserable.

I was panicking because I thought this was it. This is where my story ends and I haven’t figured everything out yet. I began to imagine having the same fights in twenty or thirty years. I couldn’t accept it.

The thing is, your story doesn’t end when you get married, nor does it begin. It continues just as your life has always continued.

It’s one of the oldest and most difficult to understand institutions in the world. And it will only thrive when you stop having expectations society has given you, expectations you didn’t even know you had until they come out one day in a terribly ugly display of disappointment.

I’ve only now begun to realize that this isn’t “it.”

Being a wife doesn’t define me. Being a husband certainly doesn’t define him. We’re still two people feeling our way through life, just as we were when we first met. But we’ve decided to put on paper that we’d do it together. That’s all it is.

It’s not because you don’t feel joy at the idea of spending every day and night with them doing everything you’ve ever wanted to do, as though you’re on an extended vacation together that’s going to last forever and ever.

It’s not because you didn’t mean it when you promised in front of everyone to be with this person in sickness and in health for as long as you both shall live.

It’s all very sweet and romantic to think about when you’re in love with someone. But marriage isn’t about being with someone you’re madly in love with because you happen to only see their best traits.

Marriage is about being with a person who is as complex and imperfect as you are, and accepting them for it.

Marriage is about being with someone whose ability to bring out both the best and worst in you brings you to your knees.

Marriage is humbling. It’s scary. It’s messy. It’s unpredictable. And for those who figure out how to make it work through all the adversities you will find yourselves in, marriage becomes a testament of truth and of love. At least that’s what I’m hoping for.

LiAnn is an aspiring writer who currently works as a pharmacist. She lives with her husband and fish in New York.