Forgive and Set Yourself Free
By Barbara Hammond 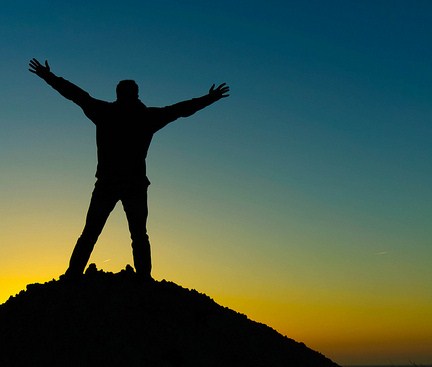 “To forgive is to set a prisoner free and realize that prisoner was you.” ~Lewis B. Smedes

We’ve all heard the saying “forgive and forget.”  It seems easy when you say it like that. The forgetting part can be daunting, though. I can say that when you let go, the memory dims. That’s a start.

I didn’t understand the importance of forgiveness until I was in my mid-forties. Don’t get me wrong, I’ve forgiven people over the years. I just never understood how it related to my own well-being.

Let’s face it, not forgiving someone for standing you up or forgetting a birthday isn’t going to weigh on you for years and inhibit a full life. Not forgiving a parent for abuses, real or imagined, can.

As with most “aha” moments, we want to share our new found wisdom with everyone. A friend of mine understood what I had just discovered. She had been abused by her father.

It took her years to let go of the anger. The hurt never really leaves, but the anger can keep you from truly living. The only way to move on is to forgive.

She told me about her father-in-law, and how badly she wanted to share this wisdom with him. He is now in his 90’s and filled with anger. No matter how she tries, he won’t let it go. Let’s call him George.

George’s father abandoned their family when he was a toddler. It was the 1920’s. There was no shared custody, no every other weekend. It was a very different world. Women had just gotten the right to vote.

It’s difficult enough in today’s world to be a single parent. Imagine being a single mother in NYC during an era when society frowned on women working, let alone supporting a fatherless child. His mother must have been constantly distraught.

George and his mother moved in with his grandmother, who was getting on and not fully able to handle a toddler. This only added to his mother’s stress. Yet somehow, his mother managed to support and care for George until he was seven years old.

At that point she found, what she believed, was a better life for him. A family friend knew a couple, with two sons of their own, who lived on a farm in the Catskill Mountains. They would gladly take George.

Their sons were younger than he, and farming is difficult business. All hands are welcome, so it seemed a win-win all around.

“I can imagine his mother’s relief,” my friend told me. “She must have thought he’d have fresh air, never go hungry, a healthy life! More than she could give him in the city.”

George’s take on this story is quite different.

In his heart, he felt that she just gave him away. The couple who took him in treated him like a slave laborer. The father was abusive and mean. George’s anger started building then and there.

Then, during the summer when he was sixteen, his mother came to visit with her new fiancé. She introduced George to her future husband as “My first husband’s son.”

In George’s eyes, she had denounced him completely.

My friend’s take on this is that George’s mother had worked and lived the single life for 14 years, in a time when that was frowned upon. She had found someone and fallen in love. He obviously loved her, too. She did not want to jeopardize this in any way.

George stayed at the farm until just prior to his 21st birthday. At that time he moved to Brooklyn, New York, to live with an aunt he hardly knew while he looked for work.

He was fortunate to find a job with a company that supported him from his time in WWII through his retirement 40 years later.

He married a woman he adored, had two children, and, despite his upbringing (whether you deem it fortunate or not), had a successful career and happy life.

He maintained a cordial relationship with his mother and step-father, keeping his anger hidden from everyone. His children barely remember their grandmother, as she died fairly young.

As George has gotten older, his anger and bitterness over his mother’s perceived abandonment defines him. His wife died at the age of 69. They were the same age and devoted to each other. He was so helpless around the house that his family never thought he would last a year without her.

Now, 23 years later, he is still carrying on.  For the past nine years he has lived in a small apartment in my friend’s home. It’s the time they’ve lived close to him that has magnified their awareness of his anger.

A few years ago, my friend had an evening alone with George. It’s not something she looked forward to.  He’s difficult to be around because he’s such a grumpy old man.

The evening ended with the two of them sharing “war stories” from their childhoods. He spoke of abuses by the man who owned the farm. He made it clear he blamed his mother for all of it.

She shared some stories of her abuse as a child, making the point, “We are here now as survivors.”  Like me, she always felt her past made her the woman she is today.

We all learn in our own way, and maybe some of us need to experience hell to truly appreciate the lives we have now.

“I keep trying to help him see it how I interpret it, and let go, forgive her,” she explained. His response is always, “It’s too late, and she’s dead.”

It is never too late.

George is 92 years old, and it’s possible he will die an angry old man with a very heavy heart.

If you doubt the power of forgiveness, I hope you will reconsider. You will be happy that you did.

Barbara Hammond is an artist and author with two blogs. Zero to 60 and Beyond is about life stories and lessons learned; Petals, Palettes, and Parties is all about creativity.