Forgiving People Who Show No Remorse: Have You Suffered Enough?
By Karen Lang 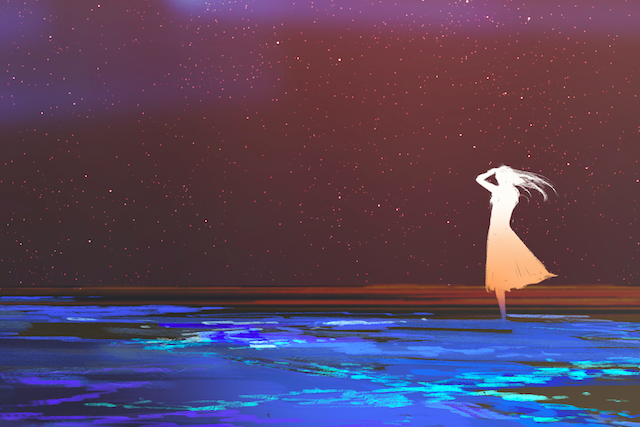 “That which I do not forgive in you, lies unforgiven within myself.” ~Buddhist Proverb

When I decided to forgive the driver that killed my nine-year-old son, I struggled to believe I could or should.

In the beginning of my grief I had so much anger toward her, and because she was not showing remorse, I wanted to find ways to punish her so that she would be in the same pain that I was.

She did not come forward to say she was sorry or try to meet up with me after the accident, and this was hard for me to understand. Trying to cope with my overwhelming grief, as well, it was easy to stay angry with her.

It was about six months after our son’s tragic death when I began to read a few books on grief, and read that forgiveness is an important factor in moving forward.

In order for me to even think of forgiveness, I first tried to understand the driver’s emotions, thoughts, and feelings. When I realized she also had a story of her own, forgiving her actions became plausible.

Even though I had never met her, friends of mine had heard she was not doing well emotionally. Not long after the accident she began spending more and more time in her room, feeling overwhelmed by her guilt, and she began to withdraw from her three sons and her husband.

They felt they had lost their mother. When I heard this, it shifted my image of her. I realized she was a mum, too, who was also experiencing overwhelming feelings, and so this softened my anger.

Still, there was nothing easy about forgiveness. It took courage and a true consciousness of will to let go and allow myself to come to a place of peace about the accident.

When I began to write a letter to the driver, I tried not to think too much about what I was doing and was surprised how the words flowed. I was ready to forgive.

After finishing the letter I knew that I would have to send it without being attached to an outcome. I knew it was about a release of emotions for me, and that I couldn’t be concerned with whether she would thank me or not.

I thought less about my anger and seeking justice, and focused my energy on healing and growing through my grief, even though she never replied to my letter.

I want you to know that forgiving doesn’t mean that you have given the message that what someone did was okay. It just means that you’ve let go of the anger or guilt toward someone and yourself, and that gives you both freedom.

Yes, it is difficult. I have found it is my daily practice of meditation and yoga that has overtime enabled me to let go. Allowing time in stillness each day helps slow the negative and guilt-ridden thoughts.

I’ve also learned to consciously shift from negative thoughts about the accident to positive memories. We may not be able to choose our circumstances, but we can choose how we think about them.

When you hold resentment toward another, you are bound to that person or condition by an emotional link that is stronger than steel. Forgiveness is the only way to dissolve that link into freedom.

We need to learn to forgive ourselves too. When we have wronged others with our words or thoughts, we need to forgive and let go of our guilt and remorse.

Whenever you feel yourself clinging to guilt or anger, go to a place of stillness and take some deep relaxing breaths. Imagine the person you want to forgive (or seek forgiveness from) standing in front of you.

Tell them exactly how you feel or what you wished you said before. Then either ask their forgiveness or forgive them.

Now, visualize the other person receiving those words, and see that they have accepted this offer. Then take a deep breath in and as you let go, see your guilt or anger lift from both of you, and see yourself surrounded in light. Thank this person and then release them in love.

When we hold onto anger and pain in our hearts, we stop the flow and love and abundance into our lives.

Psychologist Sonja Lyubomirsky notes that when we feel wronged, our first inclination is to respond negatively, and this is a natural feeling for most people. You can’t convince those in deep anger that forgiveness will help free them from pain.

It seems that most people need to experience a great deal of suffering before they will relinquish resistance and accept—before they will forgive.  The question is: How long will you suffer before you feel it is time to work on forgiveness?

I encourage you to consider it now, because while we are trapped in our past hurts we cannot live fully in the truth of this moment.

When I released my anger toward the driver, I believe I released it for my family too, and unconsciously this brought us closer together and has helped us move forward in our grief.

Denying forgiveness blocks the flow of love and positive energy within you and around you.

If you’re feeling heavy and burdened, and are ready to stop suffering, know that when you lift the weight of your pain, you are lifting it for all your loved ones, and this is a powerful gift to give.

Karen Lang is a mother of two beautiful girls, a Reiki Therapist, and Shamanic Healer. Her passion is to walk with others on their journey and to share with them the knowledge and experience that she's learned on hers. If you would like to book a healing session, visit shamanismandhealing.wordpress.com/.