Forgiving the Unforgivable and Ending Your Own Suffering
By Shawn W. Larson 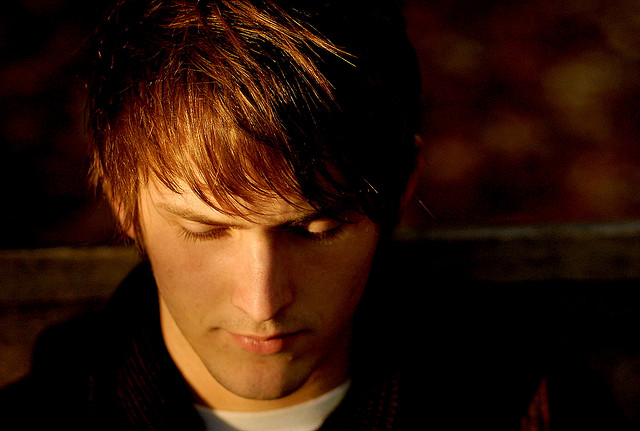 “Resentment is like taking poison and waiting for the other person to die.” ~Malachy McCourtro

I was completely unprepared for the emotional hailstorm that bombarded me when, back in 2001, I learned that my wife had been having an affair with my best friend of twenty-plus years.

My normal, predictable life (which I absolutely loved, by the way) had been virtually shattered overnight. Not only did it culminate in a very bitter war (see: divorce), it also marked the onset of a toxic poison that had begun to work its way into my veins: resentment.

It began with crippling depression—depression so bad that I no longer had the appetite to eat or a desire to care for myself. I spent untold hours (and days) under the protective shield of a comforter in bed, drifting into a slumber of numbness. Sleeping meant that I didn’t have to feel.

And with an empty house now all to myself, I made a decision to lock the front door and refuse to answer it for anyone.

Having just had a proverbial knife twisted into my spine by the two people I loved and trusted the most, what good could come from anyone knocking on the door with a smile on their face? People hid vicious claws behind their backs, and I refused to be stuck with them again.

Then, suddenly but slowly, I began to crawl back to life. I spent less time in bed, began to eat on occasion, and even reached out to talk to family. Calling around to local churches, I learned about a divorce support group that met on Wednesdays, and forced myself to attend.

The people at this group, mostly other men, served to reassure me that I wasn’t the only one facing the frightening task of putting a broken life back together.

And even though I cried my way through the first few meetings, a footprint for recovery began to take shape. But the poison of resentment was an entirely different monster—one that would take me a full decade to exorcize.

Despite acquiring a new set of coping skills, I began to suffer through obsessive thoughts about the affair between my ex-wife and ex-best friend. I tortured myself with the painful details of their intimacy, imagining it over and over again throughout the day.

And when I slept at night, my mental participation was no longer even required—those obsessive thoughts became a box of terrifying toys that came out to play on their own.

In my paralyzing condition, I came to believe that having an apology from the both of them was the only way to exhale. But neither of them had any intention of doing so. The affair had already been going on for so long before I discovered it that they could never rightly offer any explanation of value—and therefore, never did.

So much for exhaling.

After a whopping ten years of this sort of self-inflicted torture—long after my divorce had been finalized—I realized it was well overdue that I look inward for the answer. No one was going to offer the apology I wanted or felt entitled to.

I could either choose to forgive regardless, or continue in the pattern of resentment and anger that swallowed my current quality of life.

Making A Decision To Forgive

I chose to forgive. To let go, and to recognize the past as a dead era I’d never be able to change.

Forgiving is a hard thing to do when you feel like the recipient is undeserving—even more so when they have no clear intention of ever apologizing. You’d rather they feel the full weight of your hurt and pain, that they suffer as you suffered, and come to know the same meaning of anguish and sorrow that you have.

But in refusing to forgive, we wrongly assume that we are dealing out due punishment to a deserving party—neglecting to see the poison we’ve sentenced ourselves to continue ingesting.

The Weight Of A Grudge

Refusing to forgive can sometimes become so paramount to our existence that we let it define our life. It reflects in our language, in the stories we tell people, and in our attitudes. And since the pain is familiar, we bask in it, subconsciously teaching ourselves to see the negative in everyone.

We miss the opportunity to form relationships and build healthy bridges with people under the faulty logic that, since one person hurt us, they’re all out to hurt us.

Research shows that psychological stress accumulated over a period of years begins to settle as physical pain in the body—pain we can literally feel taking a toll on our well-being. Mindful meditation has worked wonders in alleviating that burden for me since I chose to forgive.

The final stage of forgiveness, at least for me, was to pray for the people who had wronged me—and I find myself doing so a lot, whenever old feelings start to surface. I pray for their health and happiness in a sort of radical act of kindness—a spiritual adoption, if you will.

Forgiving is one of the greatest gifts I’ve ever given myself, since with it came freedom and the permission to move on and enjoy what life has to offer in the present moment. A shackle has been removed from my ankle, and I’m free to move about now.

I was, after all, the only person who could ever remove it to begin with.

Photo by Will Foster

Shawn W. Larson was once a hip-hop producer and recording engineer who worked with some of the most notable names in the business. Today, he is married with three children, and enjoys writing, photography, and meditation.

How to Forgive When You Don’t Really Want To