Dramatically Improve your Relationships by Becoming a Team
By Dr. Amy Johnson 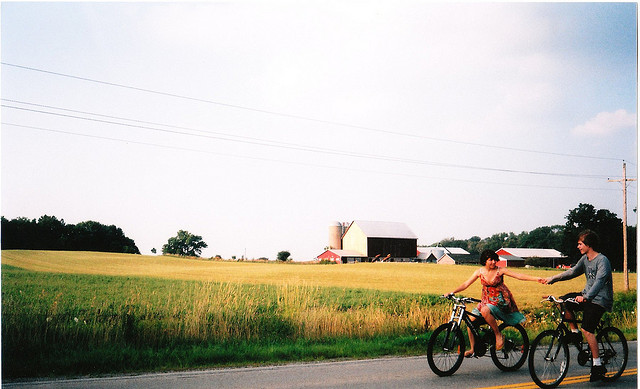 “We may have all come in different ships, but we’re in the same boat now.” ~Martin Luther King Jr.

I once had a totally commonplace, uneventful thought that transformed the way I viewed relationships.

I’m not sure that it was mine; it certainly wasn’t anything groundbreaking or unique. I may have read it somewhere, I can’t remember now.

It was the notion that when two people in a relationship think of themselves as on the same team, things get much easier. Positive feelings grow freely. Score-keeping and resentment are nonexistent.

Insights are very personal—a simple phrase that turns my world upside down might do absolutely nothing for you, and vice versa. Perhaps this notion was so life-changing for me because I grew up surrounded by people who seemed self-focused, always looking for where they had been wronged.

They weren’t selfish or egotistical people. They were insecure people.

My father had insecurities that led him to make everything about himself—if you didn’t say the right thing at the right time, trouble was sure to follow. I spent years walking on eggshells, trying to anticipate my next misstep. It was exhausting.

And I remember women who constantly, endlessly talked about what was wrong with the “deadbeat men” who never seemed to treat them the way they deserved to be treated.

Being on the hook for someone else’s happiness not only felt like enormous pressure, it was an impossible task.

No matter how much my dad approved of something I did one day, he might disapprove of the very same thing the next day. No matter how nice a man was to a woman, he’d inevitably forget to compliment her dress and she’d have him back in the doghouse.

All of this look-what-you’re-doing-to-me, you-should-be-treating-me-better business is not born out of independent, empowered women (or men) simply refusing to put up with less than what they deserve. That’s often how they like to view themselves, but that’s not it at all.

Scavenger hunting for all the ways you aren’t being treated fairly is not an act of self-love. It’s an act of insecurity.

It’s born out of fear and looking to someone else to be your savior. It’s born out of the belief that your happiness comes from what others do, which manifests as manipulation, guilt trips, and passive aggressive behavior aimed at changing them so that you can feel better.

You’re focusing on yourself, what you can get, and where your partner is falling short.

Thinking of the two of you as a team shifts your focus. Suddenly it’s not “me versus you”; it’s “us.”

It’s no longer “I did the laundry every day this week, what did you do?” It’s “We’re a team. I do the laundry more than you at times, and you do a million other things for me at times.”

The you-and-me-together way of looking at things is exactly what was missing for all of those disgruntled women complaining about their deadbeat men. The extreme look-out-for-myself-first approach is what made my relationship with my dad defensive and inauthentic.

A couple weeks ago, I was talking with a friend about her marriage when she confessed that she was once a score-keeper. She used to keep a mental tally of what she had done and what her husband hadn’t, and she gave a whole lot of meaning to that score.

When I asked how she came to leave the score keeping behind, she told me that her husband said something one day that completely turned it around for her.

In the midst of one of her score reports, her husband said the reason he never thought that way was because he saw them as a team. She gives more in some ways and he gives more in other ways, but why keep track when they are always working together, in the end?

She instantly knew that was true. He did give more than her in many ways, but her rigid, defensive outlook hadn’t allowed her to even notice what he did for her.

Although insights are personal, she had the same game-changing one I did. She never looked at her relationship in quite the same way again. When she found herself feeling wronged, she remembered that she and her husband were teammates, not adversaries.

Being on the same team takes the frailty out of a relationship. My relationship with my father always felt fragile and temporary, like I was one wrong look away from being disowned. In fact, I was.

Don’t you see this in romantic relationships—especially new ones—all the time?  One or both people are afraid to fully be themselves in fear of what the other might make of their honesty.

I can clearly remember the wave of relief that washed over my now-husband’s face when we had a disagreement about six months into our courtship. He sat me down to assess the damage and I assured him that we were past the point of breaking up over a petty dissimilarity.

He says he knew in that moment that we were an “us.” It wasn’t “me” evaluating and judging him,” or “him” deciding whether “I” was right or wrong.

We were a team, and teams are infinitely more resilient than individual identities trying to coexist.

I wonder what this shift in perspective might do for you. Even if you aren’t a score keeper always looking for where you were wronged, taking on the team viewpoint can bring a new sense of closeness to your relationships.

Can you imagine what might happen if we extended this beyond personal relationships—if we saw entire families, communities, or all of humanity as part of the same team?

Imagine how we’d treat each other.

Here’s to spreading the insight to our teammates everywhere.

Create a Team to Battle Fears and Loneliness