Stopping Comparisons: Reclaim Reality and Raise Your Self-Esteem
By Anonymous 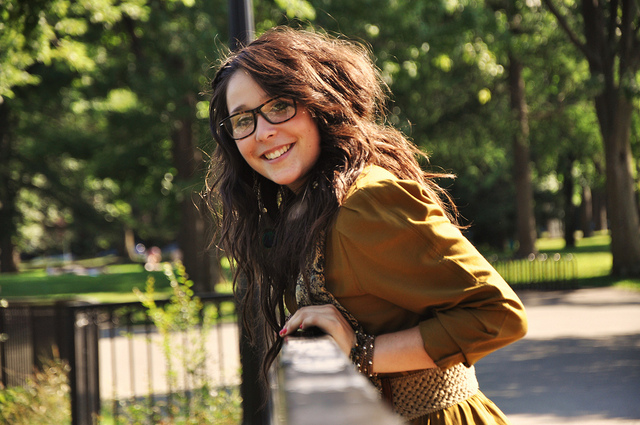 Have you ever wondered when the turning point was? When did you start questioning yourself and believing you were missing something? When did you stop thinking of yourself as invincible and start noticing what others called “flaws”?

As a teenager and young adult, I struggled with severe depression and anxiety.

In my early twenties, I entered treatment for my eating disorder, a decision that proved to be life-changing in the most positive of ways.

During my second stint in treatment, I met a young woman who was a year older than me, and the walking embodiment of everything I wanted to be. I felt threatened, intimidated, and highly insecure every time we were in the same room.

She was smart, beautiful, spoke French better than I did, and had a loving boyfriend. I wished that I had her olive skin and shiny dark hair, not to mention her exquisite wardrobe.

However, I also quickly learned how much she and I had in common, including an insurmountable desire to be envied and admired for our accomplishments. Our similarities caused us to repel against each other like the similar poles of a magnet.

I so badly wanted to be her, and she became the mirror by which I judged myself for the next few months. Despite our apparent commonalities, she always had the edge, or so I believed.

In reality, her life wasn’t as perfect as I made it out to be. After all, the only reason we had even met was because we were both patients with eating disorders, but I chose to ignore this key fact.

Nevertheless, I believed that the reason she didn’t like me was because she thought she was better than me, confirming the beliefs I had about myself—that I was unlikable, obnoxious, and stupid, and that’s why people gravitated to her over me.

On my last day in treatment, all the patients and therapists gathered in a group for a small goodbye ceremony.

When it was her turn, she said without hesitation, “I was really intimidated by you when I got here. You’re so smart and were constantly writing in your journal. I always thought you were writing all of these brilliant philosophical thoughts and I couldn’t keep up with you.”

As it turns out, I had created this entire scenario where she didn’t talk to me because she thought I was stupid and obnoxious.

Words will never do justice to how I felt at that moment. I was genuinely shocked to my core by her admission that she had at one point compared herself to me!

Now, almost two years later, I look back at the situation and see why this woman crossed my path.

I learned that when we compare ourselves, we don’t do it fairly. More importantly, the process of comparison leads to desperation, not happiness, and loosens, not tightens, our grip on reality.

If I had imagined her hatred and annoyance for me, what else had I imagined?

Did the world I thought I lived in have anything at all to do with reality?

Throughout the next years, I discovered that the way I compared myself to others was inherently flawed.

I was setting myself up to lose.

I compared my worst moments to others’ best moments, which left me reeling in depression and always falling short of my own already problematic expectations.

While it took me several years to learn that I had been building my confidence the wrong way, it was a beautiful moment when it all clicked.

Now I’m able to see the monsters I created out of shadows and stop myself from creating more.

By applying the following ideas to my daily experiences, I not only boosted my own self-esteem, but gained greater respect and understanding for others who are also just trying to find their way in this world.

1. Realize that comparisons rarely, if ever, leave us feeling better about ourselves.

Tip: I know that I’m in the process of comparing if my stomach starts to hurt and my mind is replaying negative thoughts and memories. That’s my cue to change something about the situation I’m in.

It might mean reciting a few affirmations, reading some inspiring quotes, calling a friend, or increasing positive self-talk. It might also mean that I need to remove myself from the situation I’m in.

2. Use differences as an opportunity to learn and grow rather than a chance to get down on yourself for what you believe are weaknesses or failures.

I used to see others’ successes as intimidating and let them detract from my own self-worth. As an experiment, I tried looking at the accomplishments of others as proof that I could achieve my own dreams too, and all I had to do was put in the effort and be patient with myself.

3. If you start to compare, ask yourself the following:

4. Cultivate compassion toward yourself and others; it changes everything.

5. Don’t let someone else’s confidence diminish your own.

There is not a limited amount of confidence in the world. There’s room for all of us to feel good about who we are and what we accomplish.