Freeing Yourself When You Feel Limited or Stuck
By Aekta Kapoor 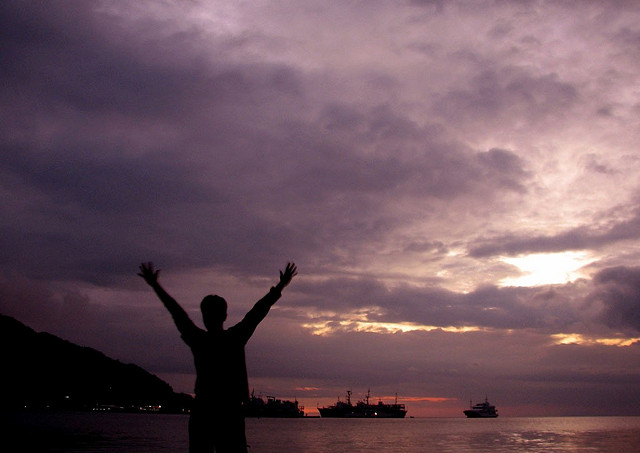 The society I was born in—urban, rich, conservative India—did not encourage women to make life choices for themselves. I was not given a vote in my own education, or in the choice of a husband when I turned twenty years old. These decisions were left to the family elders.

And yet, my heart was always a bit of a free bird.

Despite being “expected” to be a homemaker after marriage, there was always a yearning in me to be somewhere else, doing something else. I could not cook, and as a wealthy man’s wife, I had no household chores.

All I had to pass the time were lunches with other young homemakers. And I found those boring—all that talk of mothers-in-law and school admissions. I yearned for intellectual stimulation, which neither my then husband nor these women could provide.

Within a few years, I had two kids, no income of my own, a dysfunctional marriage, a sickly constitution, and no way out. The free bird inside me almost choked and died—until it asserted itself.

I began writing after a hiatus of eight years. They were anguished poems, which I posted on a poetry website. The owner of the volunteer-driven portal invited me to edit the site, which I accepted, as I had nothing else to do.

Soon, he decided to compile those poems into books and I found myself in a part-time book-editing job. Of course, the walls of my tenuous marriage began to show signs of strain.

Then one day, out of the blue, one of the world’s biggest publishing houses offered me a full-time job—in a real office, with real colleagues, with my own seat and computer, reading books all day. It was mind-blowing. How could I resist?

As expected, the family did not take it well. My marriage deteriorated into shouting fests and suicide attempts.

My in-laws complained to my parents about their wayward daughter who wanted to work in a petty job despite having all the money in the world. Why couldn’t I just be happy with all that I had, everyone wondered.

Within a few months, though, something happened. A colleague at work introduced me to Buddhism. That, and the idea of having my own paycheck and designation, gave me an identity, an inner strength, and an opening of the eyes. I felt like I had just been born.

In one huge shift of the heavens and earth, on a violent September night, I walked out of my marital home with two little girls after ten years of marriage.

Thus began my life’s real journey—of court battles and ugly police-station scenes. Of being forced to stand up in front of fifty strangers and recount the most intimate details of my life. Of having the neighbors shun me for my bad fortune. Of watching my kids go through the agony of a breaking home in a conservative land. Of life without money.

Despite all of that, I was looked after. In another miraculous turn of events, I landed a job in an international women’s magazine then just launching its India edition, and my parents let me stay on in their vacant flat and assisted with housekeeping expenses.

Over the next few years, the job took me places—metaphorically and physically—as I met successful people and traveled the globe.

The “real me” began to take shape and form—almost like I was waking up after a long, deep sleep of ignorance. I began to love myself.

Divorce proceedings in India can go on for years. Despite many laws being pro-women, the scenario on the ground is potholed with patriarchal mindsets. I battled for years before putting down the guns in surrender after returning from a meditation retreat.

The miracles continued. Some time later, the husband put down his guns too and we had a smooth divorce by mutual consent.

I got my legal freedom after seven years of physical separation. And then there were even more miracles—a wonderful new life partner, a glamorous well-paying job, and an apartment of my own.

In a relatively short and intense period of time, I learnt plenty of lessons in courage and happiness:

An Indian teacher, TT Rangarajan, once said at a public lecture, “It’s easy to grow horizontally by acquiring more money, cars, homes. Vertical growth is when you stay in the same place but grow deeper and deeper down into yourself. It’s when you can say, ‘Five years ago, I would lose my temper in a few seconds. But now it takes ten minutes.’ This kind of growth is rarer.” But that’s the only real growth there is.

When things go wrong, my first instinct now is to look at how I am feeling, what I am thinking, and how I am going to respond. I no longer blame circumstances or other people for my sorrows. I have accepted that my happiness is my responsibility.

You cannot always change what’s outside of you, but you can change your perception of it. Oddly enough, when you change the way you look at things, the things themselves change anyway.

Detach from the results of your efforts.

A lot of internal change came about from letting go of ingrained social fears, superstitions, and doubts. I jumped into single-motherhood in a conservative society with nothing but total surrender in my heart, and faith that I would survive. And not only did I survive; I also managed to inspire several others along the way.

By letting go of what “should” happen or what “could” happen, you free up your life to various little surprises and joys. You may not lead the life you want, but you will lead a meaningful, miraculous existence. Guaranteed.

I guide lots of young women today who come to me with personal or professional issues. There’s no point in keeping my story to myself. Our experiences are not ours alone. They were given to us for a reason.

You, dear reader, are not going to remember my name after you shut this screen. But you will remember my story, and it will surface in your mind when you need it the most.

Practice gratitude for what is.

People tell me I have been lucky in the way things turned out in my life, but I know what it’s taken. It’s taken courage, for sure, but it’s also taken deep gratitude for the unbidden, silent miracles in my life.

Send up waves of gratitude every day for how far you’ve come. Take nothing for granted. The trick is to feel wealthy not just in your bank account, but in your heart.

Feel free to be you.

By allowing myself to be myself—even if the realization came at age thirty—I allow others to be themselves around me too.

In a society with limitless conversation taboos, I have learned that you can only fight social judgment with naked honesty. When you speak up about your life’s challenges and open yourself up to receiving care and support, you allow others to do the same.

We’re all in the same boat, undergoing the same learning process and internal struggles. We are all equally perfect in our imperfections.

Freedom lies not on pieces of legal paper or in the physical space you have around you. It lies in your mind. As long as you cling to others’ definitions of truth, beauty, and happiness, you’ll always be chained. Create your own definition. Carve your own path. Chances are, it’s going to be mind-blowing.

Aekta Kapoor works with one of India’s largest media houses as editor of their fashion website. She lives in New Delhi with her husband and two daughters, and blogs at 100paths.com. Follow her on Twitter @AektaKapoor.