Get Unstuck: Stop Believing the Negative Stories You Tell Yourself
By Rachel Jessica Huxtable 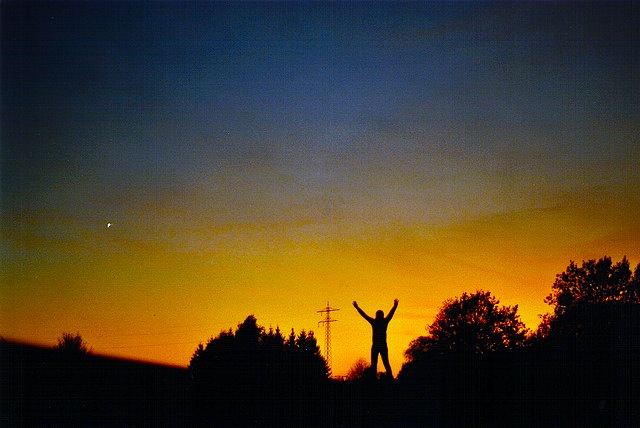 “You may not control all the events that happen to you, but you can decide not to be reduced by them.” ~Maya Angelou

We’ve all done it, right? Somehow, somewhere, something bad happened to us and since that moment we’ve continued to tell ourselves the story about what might and could go wrong in our future.

For me, the biggest negative pattern I’ve had to release stems from my parents’ divorce. For as long as I can remember, I’ve been a positive person. When I was a kid I was happy-go-lucky, nothing much bothered me, and life was pretty awesome.

Also, being an only child I was always close with my parents. The thought that they wouldn’t be together was something that never entered my mind.

Then they split up when I was 18 and things began to change. I made different choices and I also began to believe that all romantic relationships were doomed.

A few years later, just after I had split up with my long-term partner, I was in LA spending a lovely afternoon watching US daytime TV. Nothing much was on, but every channel I flicked to seemed to mention the word “marriage” or “divorce.”

I also happened to be reading Wayne Dyer’s Your Sacred Self at the time, and suddenly it all made sense:

I had been telling myself stories like “Marriages never last forever” and “All relationships are doomed,” and in essence I was creating my reality.

I finally realized that my beliefs about relationships had been causing me to attract those exact experiences.

I was giving these negative stories power and acting on them. I was skeptical that I would be able to have a successful and happy relationship, which caused me to see everything that could go wrong. I ultimately initiated our break-up because I believed that it was inevitable.

The very experiences we fear keep repeating themselves if we continue to focus on them and give them power. We’ve got to become aware and first change ourselves if we want our reality to change.

Now that I’m a few years on from that, I have replaced my negative relationship beliefs with new, positive thought patterns.

Now, I believe my current relationship is a lifetime partnership and as a result, I act in a way that manifests that type of relationship without worry and doubt. I take responsibility for my part of the relationship, and because I have positive thinking patterns I bring my best self to the table. This allows me and my partner to have confidence and faith as we plan our lives together.

Our experiences reflect our beliefs, so it benefits us to make them positive.

Here are a few questions to help you get to the root of your negative beliefs so you can make changes in your life:

1. What are the negative stories you’ve been telling yourself?

Is there an area in your life where you seem to struggle? Which experiences trigger negative thoughts?

It’s time to narrow in on the beliefs that are keeping you from living the life that you want.

2. Where do those negative beliefs come from?

What happened in your past? Did someone in a position of authority make a negative comment about you that you’ve held on to?

Just know that you can’t change what has happened or what someone said to you or about you. But you do have the power to decide not to allow those experiences to control your life in this moment.

3. Why are you holding on to those negative beliefs?

Which needs are you fulfilling by holding on to these beliefs? For example, are you getting attention by playing the victim?

By not letting go of negative beliefs, we keep ourselves trapped in a vicious cycle, repeating the same pattern over and over again. Life will continue to give us lessons until we learn, grow, and move past it.

We need to make a change within ourselves to move forward and break through to a new reality.

4. What does your future look like if you let go of these beliefs?

Close your eyes and imagine your future if you didn’t have these thoughts. Notice all the amazing things that you close yourself off from just by holding on to your negative beliefs.

What can you do in this moment to move toward that future?

Holding on to past experiences and old beliefs gives you an excuse to continue to repeat the same behavior. It justifies negative thought patterns and keeps you in that loop.

It’s time to break the pattern and realize you have the power to shape your reality!

Rachel is an author and spirited mentor to women around the world wanting to live in happiness, love and success. She is also an inspired speaker and actress. Her intention is to help women around the world find their spark and claim their best life! Connect with Rachel at her website, Facebook, Instagram and Twitter.