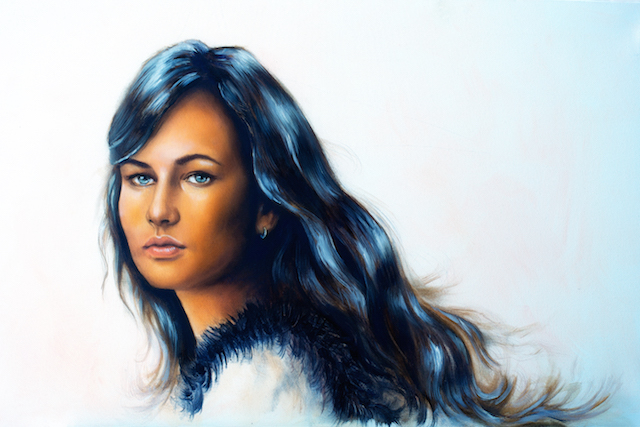 “Empathy’s the antidote to shame. The two most powerful words when we’re in struggle: me too.” ~ Brené Brown

There is so much power in giving yourself a voice; in choosing to use that voice for truth; in giving life to the secrets, judgment, and shame you keep hidden away. “Me too” can change someone’s life.

I learned this firsthand almost a decade ago. It changed my life, and it’s changed countless others around me.

I gave my shame a voice and she was loud, strong, and bold. She brought light to a secret others would have preferred I kept. She brought comfort in my struggle. She brought wisdom in my pain. She began what would be a lifetime of courage, speaking up, and going first. She started it all.

Let’s go back to what started this story of shame to begin with. Rewind nine years. I was sixteen at the time, and there I was, standing in only lingerie and a pair of incredibly high and uncomfortable heels, applying makeup to make me look older…braces and all.

Nine years ago I was a prostitute. I was legally allowed to have sex, yet illegally standing in a high end brothel hours from home, trying my best to pretend I knew what I was doing—read as: I had NO idea.

Why on earth was I there, you may ask? I made a choice. A misguided choice, but still a choice. A choice my mother supported because we’d both gotten caught up in the glamorized story her friend, also an escort, had created and manipulated us into seeing.

“I just see men as money,” she told me, which sounded appealing given that we had little at the time. I was stronger than my mum and we both knew it. So I chose, it would be me.

At an age where I was supposed to be exploring what being in my body felt like for me, I was being passed around like an object so others could explore my body.

Night after night I would go numb. I would silence the inner voice screaming to leave, with valium, alcohol (because I was nineteen, according to my forged birth certificate), and sleep deprivation. I was in all out survival mode, and I was experiencing guilt, shame, and invasion again and again. The longer I stayed silent, the stronger it all became.

I was a good little girl and kept my mouth shut, doing what I thought I had to do to survive. Be quiet. Say nothing. Just oblige. Don’t rock the boat.

So I said no and began taking my life back.

Many people will blame my mum. Some always will. Many can’t understand how I let the blame go. But I spent many years condemning her, and the world of victimhood sucked me in deep. In order to heal and move on, I needed to accept the decision we had both made. And I needed to accept that, like all humans, she did the best she could with what she had at the time.

Please know there was anger there, and at times there still is. Sometimes I feel hurt, let down, and all the rest. But I choose to rise above it, and I choose a new future for myself by letting go of the need to be a victim in any of this. Because I never was, and never will be.

Owning my past and releasing my shame is the most empowering decision I’ve ever made for myself. It all started with empathy. I had to stop believing that I was ultimately flawed because I had been a prostitute. I had to recognize that I too was doing the best I could at the time.

I could not be living the life I am now, in the relationship I am with myself right now, without seeing the sixteen-year-old me with utter love and compassion, dissipating all judgment.

I need you to know that speaking up about my shame was scary. I was outing a secret that impacted many more than just me. Yet I never hesitated in doing it. Why? Because I had a deep desire to let others know that they are never alone, and I knew there was a deeper meaning to all of this. There had to be, it’s what got me through.

I couldn’t let my shame silence me. I never will again.

The Gift of Voicing My Shame

It was through experiencing shame and sharing it that I learned the power and freedom voicing our shame brings. And the understanding of what binds so many of us. How many people are walking through life silenced by shame? Unable to find their voice for fear of judgment? As a result, what kind of life are they living? In stuffing down their pain, they end up blocking themselves from joy.

How fortunate was I to be able to experience shame and then release it? Yes, fortunate.

I now appreciate that I was able to learn something early in life, at an age many others wouldn’t, that freed me from the chains that bound so tightly and weighed me down so deeply.

Sharing my shame created a beautiful opportunity for me to look at my life so far through a totally new lens. I came to appreciate that my most painful experiences had gifted me the insight and heightened awareness I now have.

What unfolded from me speaking was a declaration to myself, and to the world, that we do not need to stay silent with our shame. I publicly shared my experiences, as well as the self-harm and self-destruction that followed, and a sea of “me too’s” flooded in.

People reached out thanking me for letting them know they aren’t alone.

People reached out acknowledging me for being inspiring and giving them the courage to do the same.

One woman even contacted me saying she left the sex trade after my story went public, because…”me too.”

All of this came from the courage to speak up.

Lives were changed, and mine was never the same.

Our shame does not have to silence us. Unless we let it.

To anyone experiencing their own secret shame, this is what i want you to know.

Whether you’ve experienced something traumatic or feel shame about not having it all together, speak up. Shame cannot exist if you have empathy, a voice, and acceptance.

We all experience shame, for different reasons, at different times. It’s okay.

There is no shame in being you. Please re-read that again and again. You are not your worst decisions. No matter what you’ve done, you deserve love, empathy, and understanding. And you are never alone.

Lauren is an ignitor of women’s empowerment, podcast host, writer, and conversation starter committed to women knowing, owning, and loving all of who they are. Lauren ignites others to stand in their own leadership, choose their reality, and never be ashamed of who they are. Visit her at www.laurendarlington.com and on Facebook and Instagram.