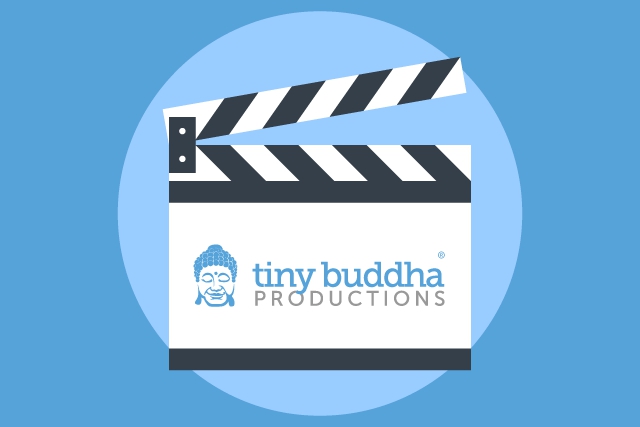 When I was a little girl, I could watch movies for hours on end.

I would lie underneath my blanket fort and get lost in The Neverending Story, The Princess Bride, and The Goonies—movies that bring the hero on a fantastic adventure far beyond the restrictive world they know.

My life felt small and limited, and not always bright or easy. Movies gave me an escape from that, and a sense of freedom within the expansiveness of my imagination.

As I got older, I gravitated toward mysteries and psychological thrillers—such as Identity, Memento, and Black Swan—movies that bring you deep into the psyche of complex minds, tempting you to try to understand what compels some people to do what they do.

I consumed these movies voraciously, addicted to the heart-pumping, adrenaline-racing journey into madness. I was always looking to pierce the sheen of formality that prevents most of us from disclosing the darkest parts of ourselves. Shining a light on the darkness somehow gave me peace.

And I’ve always been a sucker for inspirational films. Watching George Bailey grapple with his fears and finally grasp his worth, seeing Andy Dufresne hold onto hope against seemingly insurmountable odds and fight his way to freedom, following Will Hunting as he heals from childhood abuse and embraces his full potential—these journeys awakened something powerful within me, a part of me that wanted to believe that I too could triumph, despite my struggles and my demons.

Through it all, I’ve maintained a passion for the hero’s journey, modeling my life after Forrest Gump—moving from one distinct chapter to the next, trying to hold onto my innocence, my goodness, and my belief in the goodness of people.

In college, I thought I would one day be a storyteller. While studying acting and writing, I envisioned penning and starring in my own plays or movies. And I was slated to spend my final semester in Los Angeles, where I’d intern for a network or studio.

As often happens, though, life had other plans.

After struggling for a decade with depression and bulimia, I spent my senior year in and out of hospitals. And I received my diploma months after my class graduated, since I was in a long-term residential treatment center when my peers were donning their caps and gowns.

I lost my confidence somewhere in or around that journey through crisis.

I don’t think it was missing opportunities for involvement in college, or missing out on the type of friendships you form when you’re not completely consumed by self-destruction, or missing my graduation.

No, I think it was in the several years that followed, when I was no longer slowly dying but too afraid to really live. When I tried tons of different career paths because I was too scared to do the things I really wanted to do. When I convinced myself I wasn’t good enough to succeed in theater or film.

I don’t regret those years, though. Those years of shame and hiding led me directly to this site, where many of us have healed and grown together. And I am so grateful for, and proud of, what Tiny Buddha has become.

But now, seven years after immersing myself in the world of self-help—after spending all of my adolescence and twenties traveling a path of recovery—I am ready to do what I’ve always wanted to do.

I want to create films that inspire people to see life through a new, more empowering lens.

I want to create characters that touch us, inspire us, reveal parts of ourselves we didn’t know were there, and help us better understand each other.

And I want to do it with you, if you want to work with me.

I am back in Los Angeles after spending three years away, and I am now in the beginning stages of creating Tiny Buddha Productions, in partnership with my fiancé, and fellow screenwriter, Ehren Prudhel.

Our goal is to start with a series of inspiring short films, and to eventually write and produce our own feature film for theatrical release, possibly crowdfunded.

We both bring a unique set of skills and experience to the table—along with the reach, and hopefully the support, of the Tiny Buddha community.

I have a deep passion for this dream. And to be honest, I’m a little scared of what I don’t know. But if the past has taught me anything, it’s that there’s nothing wrong with being at the beginning of a journey.

The opening image is just as important as the final one. It’s the promise of what’s to come. It’s where the magic starts. And I am ready to begin.

Want to join me? Read more here and fill out the form if you’d like to get involved. Have any advice, feedback, helpful resources, or contacts to share? Email me here.

This is an entirely self-funded venture at this point, so I can’t promise it will be lucrative—at least not at first. But I can promise it will be an adventure, that there’s limitless potential, and that I’m fully invested in taking this as far as it can go.

Thank you for reading, for being part of this community, and for joining me on this journey!

Update: Our first film is now live! I hope you’ll enjoy it as much as we enjoyed making it!