How Failure Holds the Key to a Meaningful, Successful Life
By Joel Almeida 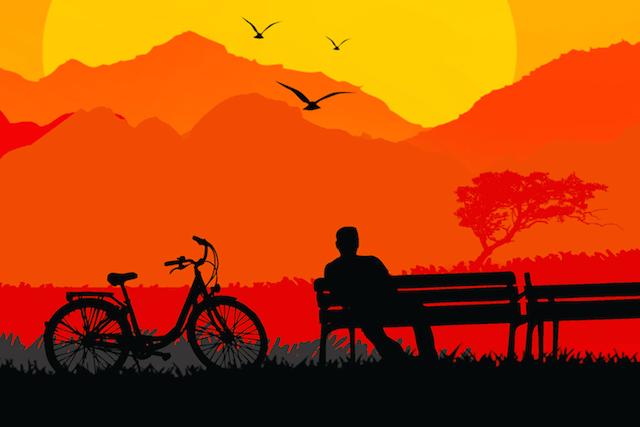 First let me describe how our first child took her first step. She was less than ten months old. A very bright girl, who wanted nothing less than my approval at all times.

On one occasion, a few months previous to that, she was crawling on the carpet and picked up some small thing. As she started to put it in her mouth, I called out loudly “No!”

That was the first time she experienced any negative or critical words from me. Otherwise, I had been steadily adoring. What was her response?

She fell flat on the floor and remained perfectly still. It was as if she had been laid flat by a sledgehammer blow.

That’s how much she had come to rely on my approval.

So, what happened when one day she could finally stand up? I decided, as a very proud parent, to teach her how to walk right away.

Now, walking is easy for someone who’s already confident with standing up. It’s more challenging for someone who’s just learned how to stay on their feet unsupported. I was too young and foolish and overeager to think through all that.

In my excitement, I stood by her and urged, “You can walk. Just do this. Look at me. Just lift a foot like this and put it forward.”

In retrospect, I was too hasty and cruel. I’ve grown to recognize that everything happens in its own good time.

Anyhow, I was young and foolish then. So, allow me to tell you the rest of the story.

Our baby looked very doubtful. I demonstrated a step once again. She remained hesitant.

After some more cajoling from me, she decided to do something.

She took the oddest first step you can imagine.

Did she lift one foot as I kept urging? No.

She simply hopped forward, keeping both feet on the ground. Like a baby kangaroo. That was only minutes after she had first stood up without support.

Of course, not long after that she was walking very confidently, and then running, and has gone on to do amazing things with her life.

Imagine if we were all so afraid of failure that we always kept both feet on the ground for safety. How much would that interfere with a full and meaningful life? How would that affect our ability to do whatever we considered to be good and important?

We can see this quite clearly in babies. In order to be able to lift their head, they need to accept that they’ll sometimes flop.

In order to learn how to crawl, they need to accept that they’ll sometimes fall flat on their face.

In order to learn how to stand, they need to accept that they’ll sometimes fall in a heap.

In order to learn how to walk, they need to accept that they’ll sometimes tumble.

In order to learn how to cycle, they need to accept that they’ll sometimes fall off and get bruised.

In order to learn how to swim, they need to accept that they’ll sometimes need rescuing.

In order to learn how to read and write, they need to accept that they’ll get many things hilariously wrong.

In order to learn to love wholeheartedly, they need to accept that some people will betray their trust.

Whenever they want to do something that’s good and important in their lives, they need to accept the possibility of failure.

It’s easy to acknowledge such facts, but it’s more difficult to live by them.

Why is it that we often struggle with failure? Why do we so often consider it as a full stop rather than a necessary comma in our life story? Why does it seem more like a trap than a springboard?

It may have something to do with our need for approval.

Our daughter didn’t want to hear the word “No!” from her beloved parent. It crushed her the first time she encountered it from me.

Only after I picked her up and comforted her did she loosen up and smile again. She was learning that she could get things wrong and still remain completely lovable to me.

People can be good to us. They can build us up. They can teach us that it’s okay to fall and fail, because we’ll still be completely lovable.

However, we’re all human beings. We don’t always do what we set out to do. We don’t stick to doing what we know to be good and important.

As a result, we often wound others and are too often wounded by them.

That tends to suck us into the rat race. Not content with being intrinsically and unshakably lovable, we tend to look for reassurance. And too often we seek it by trying to be one up on others.

We sometimes pounce on the mistakes or flaws of others because it allows us to feel superior despite our own mistakes or shortcomings. We sometimes become overly reliant on praise because we’re terrified that criticism confirms how worthless we are under the surface.

All this tends to make life a bit like walking on thin ice. Even when it looks as if we’re winning, we’re on edge because we fear that the ice might give way at any moment. I know, because I’ve struggled with these things myself.

Imagine a different way of living. A calm and courageous way of reaching for whatever we consider to be good and important in our lives, with full acceptance of whatever failures come our way.

Paradoxically, the perfectionist is more likely to fail because they’re too afraid to bring out the best in themselves. They’re so hungry for approval, and so afraid of failure, that they often don’t do what they know to be good and important.

They keep the safety wheels on their bicycles even though it slows them down. That’s because they’re convinced that failure will confirm their worthlessness.

Imagine a different way. Imagine having a deep, unshakable anchor within yourself. An anchor of self-acceptance. No storms in life can then blow you out of the safe harbor of being intrinsically lovable.

The baby who’s uncertain of being lovable might be too afraid to attempt anything worthwhile. It’s the same with us adults.

Our perfectionism goes hand in hand with fear of failure. It’s like a prison. However, we have the key, or we can find it.

This may be the most important lesson life has taught me, and I’m going to share it.

You can get the key to calm, courageous living by letting others know that they are unshakably lovable despite their failures and mistakes and flaws.

When you give this gift to others, you begin to believe it yourself. Not as a sterile principle. But as a reality that you feel deep in your being.

Once you have this key, perfectionism loses its stranglehold over you. You recognize that you are intrinsically worthy and lovable, just like every other human being.

Life becomes really good and inviting, failure can no longer terrorize, and you get more good and important things done.

Once you’re prepared to fall flat on your face, life starts to sparkle.