How Gratitude Can Calm Your Nerves and Make You More Effective
By Daniel A. Miller 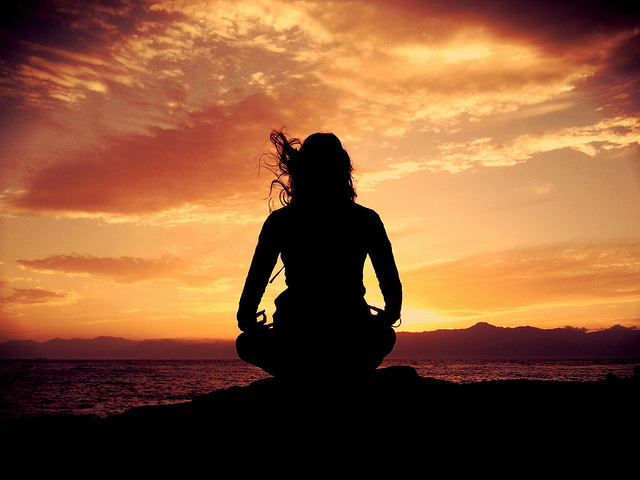 “Gratitude is not only the greatest of virtues, but the parent of all others.” ~Cicero

Being grateful or practicing gratitude has many benefits, including improving our health, relationships, careers, sleep, and self-esteem, to name just a few.

In recent years, these benefits have been confirmed in scientific studies showing how the brain is “rewired” by continuous grateful thoughts.

However, I recently discovered (and experienced) another significant, and I believe mainly overlooked, benefit of being grateful—in the somewhat unusual setting of a major seniors championship tennis tournament I played in Palm Springs this past January. I learned that:

As an avid tennis player, I had struggled to play up to my ability in tournament match play. I was constantly over-thinking, too cautious, and too tight during matches.

Before playing in the tournament I read about a mental strategy recommended by sports psychologist Jeff Greenwald in his insightful book The Best Tennis of Your Life:

Feeling there was nothing to lose, I decided to give it a try. Before my first match, I thought to myself how grateful I was that:

I was able to play without injuries.

I could play in such a magnificent setting at the historical Palm Springs Tennis Club.

I could afford to take time off from work and treat myself to so much fun.

I repeated these blessings throughout the match, was calm and focused, and won.

My next match was against a player that had soundly defeated me the year before. I repeated the above blessings and added one more:

I am grateful to have the opportunity to play the same person again to see if my game has improved.

I played the best tennis of my life and won in two sets—and again was calm and focused throughout.

Hmm, I’m now thinking there must be something to this “being grateful reduces-the nerves-and-calms-the-mind” thing. Next match: I played another (and seeded) player who also had soundly beat me the year before.

I again won in two sets.

I’m now in the semi-finals against the #1 seeded player, a former national champion. I’m not only grateful for this, but I have been playing at a whole new level and having the tennis time of my life.

I lost in two hard fought sets, but not because I was nervous or uptight. To the contrary, I played extremely well. I lost because I played a more highly skilled and experienced player who, incidentally, shared with me after the match that he was grateful that he could still play so well in his seventies! (I think he was more grateful than me!)

Upon reflection, it occurred to me that what applies to sports and performance, probably applies equally to most life arenas. Which is to say:

There is a powerful synergy between being grateful and calmness and serenity.

I soon had the opportunity to prove this to myself again, but in an entirely different setting—a courtroom. In April, I was in traffic court for a trial to fight a ticket that I felt I had wrongly received.

While waiting in court, I was nervous as heck as I repeatedly went over in my mind what I would say, what the officer would likely say, and how the judge might rule.

Then an amazing thing happened. I reminded myself to be grateful—yes, grateful. Specifically, I was grateful that I had the opportunity to be heard and present my case, something I was clearly unable to do at the time the officer issued the citation.

I was also grateful that I lived in a country where I could seek justice without a lot of constraints. With those thoughts, my nerves immediately subsided and I became very calm and grounded.

A short while later, my ticket was dismissed!

I have no doubt that being grateful stimulates the brain’s neurons and in effect re-wires the brain to produce a more happier state of being. I believe, however, there are more basic reasons why gratitude bestows upon us a more calm and serene state of mind. For example, being grateful:

I encourage you to see if the gratitude/calmness dynamic works for you as it does for me. For example, consider trying it when:

Bottom line, there is no shortage of opportunities where you can test this powerful dynamic!

Please write and let me and others know how it worked for you. Were you less tense? More grounded? What was the final outcome?