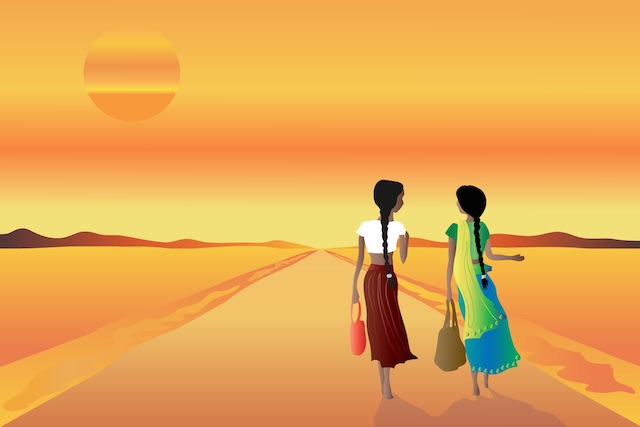 It was Sunday, April 12, 2015. I had just finished my grocery shopping and was about to leave the parking lot when I noticed a call from my dad.

I called him back so we could talk for a few minutes. He said, “Troy died.” I thought of his friend Troy, who I’d met a couple years prior, and said I was sorry to hear his friend had passed. My dad realized I had not heard him correctly. He said “Troy, your stepdad, he died this morning.”

I felt like someone had punched me in the stomach. How could this be? He was only fifty-eight years old and no one had said he was ill. I spent the rest of the day feeling out of sorts, like I was walking around in a fog. I had not talked to him in seventeen months, mainly because I was angry with my mom. So his death left me with a big heap of regret and guilt.

My mom and stepdad married when I was about fifteen years old. He had been part of my family for the better part of twenty years. He was a good guy and had a caring heart. Our family had its ups and downs, but he did a good job hanging in there.

At the time of his death, Mom and I had not talked for seventeen months, as I’d reached an intense level of frustration with her. She had left me with some painful emotional wounds during my life.

Looking back, she had suffered trauma during her childhood and it was likely playing a part in how she interacted with me. We never could see eye to eye. A phone call one evening resulted in her hanging up on me, so I decided to stop talking to her.

So when my stepdad died, I felt uncomfortable about reaching out to her. Why should I reach out to a woman who left me with emotional scars? I felt serious panic about this whole situation and resolved to leave mom in the hands of my stepsiblings and brother; they could handle caring for her.

Despite this, I went ahead and called Mom. As the phone rang I hoped she would not answer, but she did. I had not heard her voice in seventeen months. As expected, she was in shock and crying.

I asked her what happened, and she told me how he was not feeling well that morning. She had tried to help him dress so they could go to the hospital. He suddenly fell to the floor and died right in front of her. She called 9-1-1 and emergency vehicles arrived shortly, but there was nothing anyone could do; he was gone.

Mom said she had several people there with her; they were helping her navigate the next steps. It sounded like she had supports, so I let myself believe my presence was not necessary. She had always surrounded herself with people and left me feeling like I did not belong. It was easier to just go on not talking to her and enjoying the new life I was building for myself.

One of my sisters-in-law reached out to me via text message the following day: “I know you’ve had your differences with your mom, but if you could find it in your heart to set those aside for a few days and be here for her, she really needs you right now. We are all here for her, but I know nothing would mean more to her than having you here too.”

I suddenly felt obligated to make the hour drive to Mom’s house and see what was happening. Although I have excellent crisis management skills, I felt a little irritated at being the one who had to “fix everything” in my family. As I got closer, I felt like my stomach was going to turn inside out.

I arrived at their house, a place I had never previously been to; they had moved there during the time we were not communicating. I went inside to find a sea of people milling about and panicked. My mind said “I can’t do this!!! I am leaving!”

I saw my brother as I began to head for the front door. He told me our mom would be back in a few minutes. I still went to my car and prepared to drive away. She had not seen me, so I felt a quick escape was reasonable.

Just as I was about to leave, Mom pulled in the driveway. I sat in my car watching in the rearview mirror. Someone had told her I was there and she was headed for my car. “Oh God, what should I do!” my brain screamed.

Next thing I knew, as if under a hypnotic trance, I was getting out of the car and hugging her. She cried, I cried, we hugged and hugged and hugged. She said she was so glad to see me and we went inside the house. I spent the rest of the day on the back porch sitting next her and holding her hand.

After my stepdad’s memorial service, family and friends began to disperse and left mom alone and feeling confused on how to proceed. For many the funeral is the final event and people go back to their homes and lives, but what happens to the person impacted by their partners death? They find themselves alone and unsure how to proceed.

To me, it looked like being thrown out of a boat into the deepest, darkest water you ever encountered, and YOU CAN’T SWIM! Every. Single. Morning.

For the next two years or so every day started with a phone call to Mom. I would check in on her and provide encouragement for the day ahead. We spent a great deal of time on the phone and doing things together. I never asked for anything of her and purely offered my time, no strings attached.

It was not an easy journey to take, and it hurt to see her so pained and lost in the beginning. As time passed, it felt good to see her begin to engage in life again. I knew if we could survive the first year, it would be a huge milestone in the recovery process. Then the second year came and went, she was growing stronger and didn’t need me as much, but we still remained close, still having those morning calls and getting together to do fun things.

During it all, we grew closer and had a better understanding of each other. The scars in my heart began to soften and fade. This experience had an outcome that no one could have predicted. By filling space with Mom, we had both benefitted and were healing the emptiness we had felt inside.

We had never had this type of relationship before. Simply being there for her had opened the door. We did not have to drag up our painful past into the light of day and do battle over it. No screaming or arguing was necessary. I made a conscious effort to not bring up the past and put my emotional grief on her; she had enough on her plate.

When we talked about the past, we tried to talk about happy memories—things that made us smile or laugh. The healing was occurring by simply being together and focusing on taking one day at a time.

About ten months ago, mom retired from her job and moved out of state. She had rekindled a friendship with a high school acquaintance. They seem to be happy and are building a life together. She is also closer to some family she had been missing. I frequently miss her and wish we could do things together, like we used to do, but I also am glad she has found a joyful place in this world.

Through this experience I realized that broken people often lash out at others in an attempt to lessen their own suffering; ever hear the saying “misery loves company”?

I also began to understand that I had the power to put my anger aside for the greater good, because adding more darkness to our situation wouldn’t help. The goal was not to torture Mom; she was already defeated and did not need someone to kick her while down.

I extended the love, kindness, and attention I had always wanted to her, and it began to have a profound healing effect on us both. I truly believe not dragging up the past helped us move forward; discussing it had no benefit in this situation. I think if we had started down that path, it would have pushed us further apart.

I will forever treasure the time we embraced the darkness together, survived it, and emerged stronger women.

Jennifer has a background in bodywork and has spent the past fifteen years in a social work based field, dedicating her life to helping others. This work has helped her better understand the people she encounters and show compassion toward them. It is hoped that sharing her experiences may help others going through a similar journey.