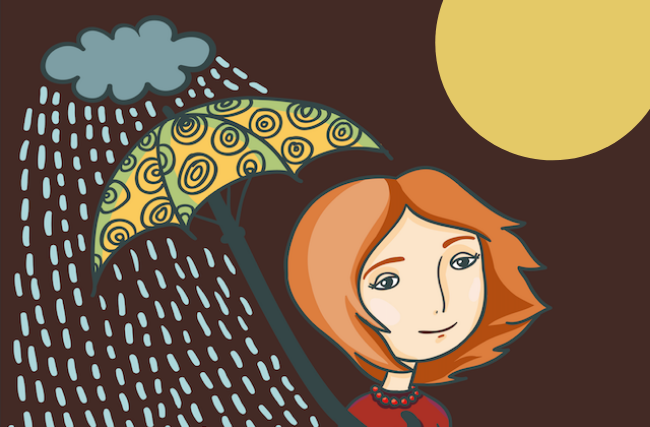 “Smile at your patterns.” ~Tsoknyi Rinpoche

Partway through Eckhart Tolle’s Conscious Manifestation course, I furiously jotted down his teachings about challenges and obstacles to remind myself that they’re not only a normal part of the human experience but necessary for spiritual growth. “Yes!!!!” I wrote in agreement.

When faced with difficulty, the human tendency is to react and resist, and when we do this, we add suffering to an already difficult situation. This tendency is reflexive within me, and my mindfulness practice has enabled me to either observe the cascading habit pattern as it unfolds, which disentangles me from its snare, or to gently accept what is happening and proceed with calm action and a quiet mind.

When we can practice acceptance and equanimity, when we can say, “Okay, this is my present moment experience, and I can allow it because it’s already here,” we soften and open in the most tender way. And with this opening, we can receive a bounty of lessons and wisdom that our obstinance so often obscures.

A few days after listening to Eckhart’s talk, I had to see several doctors and get lab work done to address symptoms I’d been experiencing. The entire week was pockmarked with small difficulties.

First, the doctor’s office lost my lab sample, so I had to go back and give another one. Then the lab work process got delayed, and in an attempt to access my results, I spent two hours getting transferred between multiple staff members who ultimately said they couldn’t help me.

At the end of the week, I confronted my last hurdle: I arrived for a follow-up appointment, only to be told that the automated system had canceled it and that the doctor was not available.

After I explained my situation and expressed my discontent, the medical assistant managed to rebook me with another doctor. I softened, thanked her, and sat down, acutely aware that I’d lost my (spiritual) way.

With each setback, I was upset and resistant. Like a snake releasing venom, I texted my husband flurries of frustrations, spoke exasperatingly to hospital staff, and felt my body tighten with stress.

I realized that I only softened to the medical assistant because she told me what I wanted to hear, and within moments, this insight allowed me to look back on the entire series of events with a compassionate and non-judgmental eye.

I saw with clarity that in cloying for ease, I only created more difficulty. I saw that I had been behaving as if everything were a threat—like the healthcare system was out to get me—and that the real predator was my own mind. Immediately, I felt an internal release, like a nearly bursting balloon slowly deflating with the prick of a pin. I realized I could stop fighting. I realized that I could choose to surrender.

After my appointment, I had to go to the lab, and I arrived at what felt like a crowded DMV: people everywhere, red ticket numbers glaring overhead, and a wait that seemed unending. I took a deep breath, pulled a number, and decided that I was going to use the wait—which I now perceived as an opportunity, not a threat—for mindfulness, presence, and spiritual practice.

I looked around me at all the people. I watched as children caringly pushed their elderly parents in wheelchairs, as a pregnant woman patiently engaged her three children, and as a person laboringly limped to the ticket machine, burdened by a massive leg brace.

I thought: Everyone is here because they are experiencing some difficulty; everyone has health scares; everyone is taking time out of their days to be here; everyone is waiting.

I was so touched by the kindness and patience I witnessed. Suddenly, my story became enveloped in everyone’s story. I was them and they were me. I felt a deep kinship—a tenderness that made me feel enveloped in, rather than targeted by, the human experience.

As my awareness expanded further and further outside myself, I began connecting with those around me. I told the pregnant woman sitting beside me that I admired her patience, and when she shared that she was fasting for a half day of pregnancy-related lab work, I became even more aware that mindset is a choice.

I made eye contact with a man whose gentleness I perceived underneath his masked face. We didn’t say anything, but we said everything.

I kept scanning the room, and I noticed it had transformed from a chaotic, undesirable place, to somewhere I wanted to stay, somewhere I felt deep meaning and connection. Then I noticed that the space did not transform; I simply changed my relationship to it.

“Challenges as gifts” left the theoretical world of quotes and concepts and burrowed into my lived experience. It stays there, and reminds me of itself, when I allow it to shine its light.