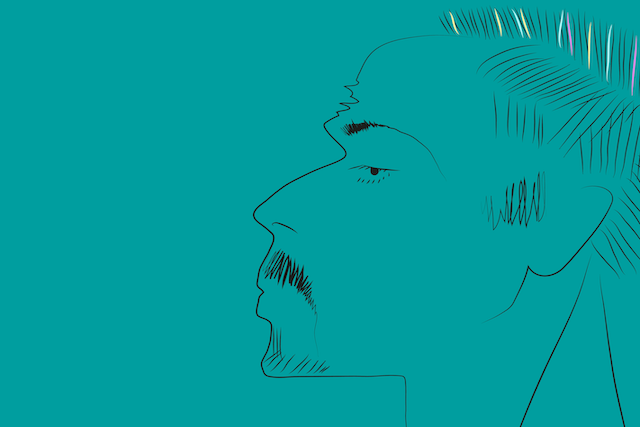 I love her to death, but it’s draining to talk to her.

Every time I call this friend of mine, I know what I’m in for: a half-hour rant about everything that’s difficult, miserable, or unfair.

Sometimes she focuses on the people she feels have wronged her, and other times she explores the general hopelessness of life. She never calls to see how I’m doing, and she rarely listens to what’s going on in my life for more than a minute before shifting the focus back to herself.

I tell myself I call because I care, but sometimes I wonder if I have ulterior motives–to pump up my ego offering good advice or even to feel better about my own reality.

I’m no saint, and if there’s one thing I know well, it’s that we only do things repeatedly if we believe there’s something in it for us. Even if that something is just to feel needed.

I thought about this the other day when a reader wrote to me with an interesting question: “How do you offer compassion to someone who doesn’t seem to deserve it?”

While I believe everyone deserves compassion, I understand what she meant after reading more. She went on to describe her offensive, sexist, racist boss who emotionally exhausts everyone around him. He sounds a lot more hateful than my friend, who is, sadly, just terribly depressed.

But these people have one thing in common: boundless negative energy that ends up affecting everyone around them.

So today I started thinking about how we interact with negative or difficult people. People who seem chronically critical, belligerent, indignant, angry, or just plain rude.

When someone repeatedly drains everyone around them, how do you maintain a sense of compassion without getting sucked into their doom? And how do you act in a way that doesn’t reinforce their negativity–and maybe even helps them?

Here’s what I’ve come up with:

1. Resist the urge to judge or assume.

It’s hard to offer someone compassion when you assume you have them pegged. He’s a jerk. She’s a malcontent. He’s an–insert other choice noun. Even if it seems unlikely someone will wake up one day and act differently, we have to remember it is possible.

When you think negative thoughts, it comes out in your body language. Someone prone to negativity may feel all too tempted to mirror that. Try coming at them with the positive mindset you wish they had. Expect the best in them. You never know when you might be pleasantly surprised.

2. Dig deeper, but stay out of the hole.

It’s always easier to offer someone compassion if you try to understand where they’re coming from. But that can’t completely justify bad behavior. If you show negative people you support their choice to behave badly, you give them no real incentive to make a change (which they may actually want deep down).

It may help to repeat this in your head when you deal with them: “I understand your pain. But I’m most helpful if I don’t feed into it.” This might help you approach them with both kindness and firmness so they don’t bring you down with them.

Some people might tell you to visualize a bright white light around you to maintain a positive space when other people enter it with negativity. This doesn’t actually work for me because I respond better to ideas in words than visualizations. So I tell myself this, “I can only control the positive space I create around myself.”

Then when I interact with this person, I try to do two things, in this order of importance:

4. Disarm their negativity, even if just for now.

This goes back to the ideas I mentioned above. I know my depressed friend will rant about life’s injustices as long as I let her. Part of me feels tempted to play amateur psychiatrist–get her talking, and then try to help her reframe situations into a more positive light.

Then I remind myself that I can’t change her whole way of being in one phone call. She has to want that. I also can’t listen for hours on end, as I’ve done in the past. But I can listen compassionately for a short while and then help her focus on something positive right now, in this moment. I can ask about her upcoming birthday. I can remind her it’s a beautiful day for a walk.

Don’t try to solve or fix them. Just aim to help them now.

Negative people often gravitate toward others who react strongly–people who easily offer compassion or get outraged or offended. I suspect this gives them a little light in the darkness of their inner world–a sense that they’re not floating alone in their own anger or sadness.

People remember and learn from what you do more than what you say. If you feed into the situation with emotions, you’ll teach them they can depend on you for a reaction. It’s tough not to react because we’re human, but it’s worth practicing.

Once you’ve offered a compassionate ear for as long as you can, respond as calmly as possible with a simple line of fact. If you’re dealing with a rude or angry person, you may want to change the subject to something unrelated: “Dancing with the Stars is on tonight. Planning to watch it?”

6. Question what you’re getting out of it.

Like I mentioned above, we often get something out of relationships with negative people. Get real honest with yourself: have you fallen into a caretaker role because it makes you feel needed? Have you maintained the relationship so you can gossip about this person in a holier-than-thou way with others? Do you have some sort of stake in keeping the things the way they are?

Questioning yourself helps you change the way you respond–which is really all you can control. You can’t make someone think, feel, or act differently. You can be as kind as possible or as combative as possible, and still not change reality for someone else. All you can control is what you think and do–and then do your best to help them without hurting yourself.

Research shows that people with negative attitudes have significantly higher rates of stress and disease. Someone’s mental state plays a huge role in their physical health. If someone’s making life difficult for people around them, you can be sure they’re doing worse for themselves.

What a sad reality, that someone has so much pain inside them they have to act out just to feel some sense of relief–even if that relief comes from getting a rise out of people. When you remember how much a difficult person is suffering, it’s easier to stay focused on minimizing negativity, as opposed to defending yourself.

8. Don’t take it personally, but know that sometimes it is personal.

Conventional wisdom suggests that you should never take things personally when you deal with a negative person. I think it’s a little more complicated than that. You can’t write off everything someone says about you just because the person is insensitive or tactless. Even an abrasive person may have a valid point. Try to weigh their comments with a willingness to learn.

Accept that you don’t deserve the excessive emotions in someone’s tone, but weigh their ideas with a willingness to learn. Some of the most useful lessons I’ve learned came from people I wished weren’t right.

9. Act instead of just reacting.

Oftentimes we wait until someone gets angry or depressed before we try to buoy their spirits. If you know someone who seems to deal with difficult thoughts or feelings often (as demonstrated in their behavior), don’t wait for a situation to help them create positive feelings.

Give them a compliment for something they did well. Remind them of a moment when they were happy–as in “Remember when you scored that touchdown during the company picnic? That was awesome!” You’re more apt to want to boost them up when they haven’t brought you down. This may help mitigate that later and also give them a little relief from their pain.

10. Maintain the right relationship based on reality as it is.

With my friend, I’m always wishing she could be more positive. I consistently put myself in situations where I feel bad because I want to help, because I want her to be happy. I’ve recently realized the best I can do is accept her as she is, let her know I believe in her ability to be happy, and then give her space to make the choice.

That means gently bringing our conversation to a close after I’ve made an effort to help. Or cutting short a night out if I’ve done all I can and it’s draining me. Hopefully she’ll want to change some day. Until then, all I can do is love her, while loving myself enough to take care of my needs. That often means putting them first.

I’ve learned you can’t always save the world, but you can make the world a better place by working on yourself–by becoming self-aware, tapping into your compassion, and protecting your positive space. You may even help negative people by fostering a sense of peace within yourself that their negativity can’t pierce.