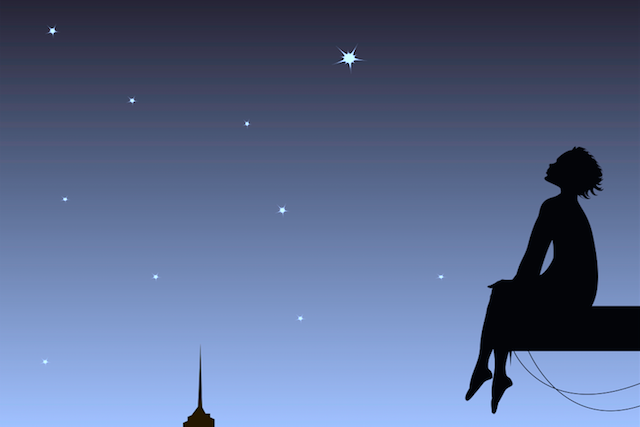 I was one of the lucky few people that always knew what I wanted to do with my life when I was young.

Unfortunately, when the time came to pull the trigger and go full steam ahead toward my passion, I got talked out of the dream.

When I brought up what I wanted to do (Chinese Medicine) to people I knew, I saw them raise their eyebrows:

“Chinese medicine? How much will you make when you graduate from medical school? It’s not the same as a doctor right?”

“How far in debt are you going to have to be for those loans?”

It’s such an alarming feeling to share the biggest dream you have with people, and not having a single person cheer you on and say, “Go for it!”

It’s such a strange, isolating feeling no longer being sure that your dream is somehow right.

It’s an unsettling feeling that what you knew was right the entire time, might not have been right all along.

But ultimately we do know it’s right—and sometimes the logical chatter of the mind talks us out of our heart.

For a long time after, I was pretty depressed and lost.

In fact, it took me almost half a decade of aimlessly wandering, floating around in a haze of unhappiness, to finally come back and honor what I wanted to do all along.

In retrospect, it’s not that surprising why I became so depressed—why nothing seemed to have any point or any purpose, and why I didn’t like anything about my life.

My calling was there all along, and I ignored it because I listened to other people.

We all know someone that’s been broken like this.

In fact, it seems like most people reside here their entire lives.

Day in, day out, it’s the same old same old.

When you talk with them, it seems like something is missing—for lack of a better word, their spirit is missing. They look empty. They feel hollow.

I’ve noticed they don’t feel alive. And honestly, just seeing this over and over in others—and recognizing it in myself—scared me.

As I began to ‘wake up’ a bit more and listen to myself, here were the three things that helped me dream again.

1. Do the five-minute coffee shop ritual.

The five-minute coffee shop ritual is simple: I would just let myself entertain the idea of my dream.

Here’s what I’d do. I’d go to my favorite local spot, get a nice cup of tea or an espresso, pull out a white sheet of paper and a pen, and just write.

I would write down one thing: What’s the most incredible life I can imagine for myself?

I would take time to write out and visualize every aspect of that life—ranging from what I’d do every day, where I’d live, how I’d feel, how much I’d make, who I would be with, etc.

I would write down and visualize as much about my dream life as possible.

The only reason for this ritual was one thing: giving myself permission to actually dream again, after having all my dreams subdued.

It can be incredibly discouraging to have someone tell you that your dream is impossible or not worth it—but I would repeatedly ask myself one thing:

Overwhelmingly, I observed that the average person criticizing my dreams or telling me “it couldn’t happen” was someone that was already deeply unhappy with their own life.

So whenever someone would criticize me from then on, I asked myself if I would be willing to trade places with them. Did I see them as a happy, fulfilled, successful person?

If not, it was easy to ignore their advice.

3. Do some gut-living for twenty-four hours.

The final experiment I did for myself to “re-awaken” was to do a twenty-four-hour gut living experiment.

It can be scary to tell yourself, “I’m going to do whatever my heart says no matter what,” so instead I told myself I’d do it just for a day. That’s it.

So rather than waking up and being dominated by all the things I thought I should do, I only did the things I intuitively was drawn to.

After work, I would make sure on one specific day of the week to cancel whatever plans and obligations I had, and then would do whatever I intuitively was drawn to.

Again, this was just one day, so it wasn’t like I was avoiding all my life responsibilities.

But just by going 100 percent with my gut, I noticed that I began to follow it a lot more in my life.

Over time, the life I really wanted began showing up.

It’s such a sad circumstance that, overwhelmingly, the people that try to talk us out of our dreams are the ones who were talked out of theirs.

But just by following these three core strategies I was finally able to figure out what I loved again, and then have the guts to go for it—no matter what other people said.

It started with me having the courage to dream big again—to live with my intuition (even if only for twenty-four hours to start).

It started with imagining the biggest, most amazing life I could possibly dream up, and then taking the first baby step to make that really.

And finally, it started with me having 100 percent crystal clear faith that things would work out if I just kept taking baby steps, day after day, and just kept going.

So what are you waiting for? Get started!