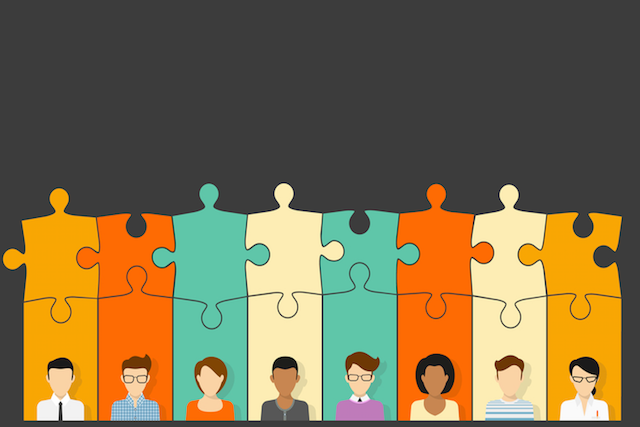 “Perhaps home is not a place, but simply an irrevocable condition.” ~James Baldwin

Wanting to be accepted. Longing to feel at home. Hoping for that reassuring up-nod from the universe that says, “You’re one of us. And you get to stay.”

You’ve jumped through every hoop and worn all the right masks, but it seems that all your efforts still aren’t good enough. You’re sick of trying to fit in. You just want to feel like you belong the way you truly are.

I know what it’s like to ache for belonging.

After six years in a convent as a teenager, I decided it was time to try life on my own. But when I stepped off the plane back home in Memphis, I didn’t feel like I was “home” at all. I was a complete stranger. Nothing seemed to fit.

I was no longer the girl of fourteen my parents had sent away. But I certainly wasn’t the competent woman in her twenties that I now appeared to be, either.

The convent where I had spent my youth never thought to give me a transition plan. They didn’t give me medical coverage. Nor did they give me a housing allowance or an education voucher. All they gave me was an orange sweater and a pair of jeans that were too big for me. I set out and had to wing it all on my own.

Nothing could prepare me to rejoin a world I had never lived in. But even though I was short on book smarts, I picked up pretty quickly on all I needed to know to fit in. I learned that people don’t like you using their stuff. I discovered that men like a woman who’s up for anything. And I found that I got prettier when I drank.

Acting how I thought I had to be only left me cheated and mistreated, with no friends and way too many hangovers.

All I wanted was for things to go back to the way they were. To land on something familiar. To get my bearings. To feel at home.

I had a long way to go . . . but I finally got there. Not to the address I left when I was fourteen, but at home with myself, which is where I always belonged.

What Does It Take to Truly Belong

Everybody tries to fit in because they desperately want to feel at home wherever they are. But fitting in will never get you home. Fitting in is about trying to adapt to a world that’s not your own. You don’t belong there.

Belonging is about inhabiting the world as the real you. And the hard reality is that you’ll never fit in where you don’t belong. Here’s what it actually takes to truly belong where you’re meant to be—even if you don’t seem to fit in anywhere.

For the longest time, I hid the fact that I’d been in a convent. It was a complete embarrassment to me. I thought I would never be accepted if I led off with, “Hi, I’m Anne. I was in a convent.” It was scary being the black sheep, so I kept it a secret.

But living like my whole life never happened became exhausting for me. I finally just rocked the boat and talked about it.

Nothing shocked me more than the reactions I got. People thought I was trying to convert them. Or worse, recruit them! They stopped using profanity every time they saw me. They retorted with stories about crusty, old nuns hitting them with rulers in school. One guy even told me, “You’ll never be nasty enough to be with me.”

When I rocked the boat, some people who were on board fell out. Surprisingly, though, the people who loved me never went away. And at last I felt completely at home in my own skin.

Trying to fit in only molds you into what you think other people want to see. Stop trying to force yourself into someone else’s skin. Only when you can truly be the person you enjoy being can you finally belong where you’re meant to be.

2. You have to build your dreams, not someone else’s.

My first job out of the convent was typesetting at a print shop for $7.25 an hour. I was ecstatic. But I quickly learned that career climbing the “right way” meant I had to make more money. So I settled for being an executive assistant, a biologist, an editor, a music teacher, an environmental educator, and a whole lot more besides. I was rich, but I wasn’t doing what I truly wanted to do.

I love to write. And inspire. And empower people. I can get a salary anywhere, but I don’t feel at home unless I’m doing what I love.

Fitting in makes you an expert at doing what other people want. Stop trying to be accepted where you’re not allowed to fulfill your own desires. Belonging is all about actualizing your potential. You will always belong where you can follow the dreams of your heart.

3. You have to forget the “cool people” and find your people.

They already treated me like I was important and acceptable. They convinced me that I was already necessary and worthwhile. They simply wanted me to grow and thrive. And I felt right at home with them.

When you try to fit in with everybody who wants a piece of you, you open the floodgates to drama and neediness and negativity. And that stuff consumes you. Stop hanging out with people who consume you. You belong where people support and nourish the better parts of you.

But fitting in with the crowd only made me lose myself. I finally got tired of bending over backwards for everybody else. I got sick of putting myself last.

I knew I had opinions. I knew I had a voice and my own preferences. I knew that I mattered. So I began living that way.

Fitting in makes you lose yourself to please the crowd. Stop putting everyone else before you. Belonging means that you matter just as much as anybody else does. Only when you know that you count enough to come first will you finally feel at home.

5. You have to know that you’re already okay.

When I got home from the convent, dating was a nightmare. I felt like I had to keep moving forward just to keep pace with everybody, like I was in some kind of race I never signed up for.

“You’ve got a boyfriend! When are you getting married?” So I got married.

Then it was, “You’ve been married three whole months! When are you having kids?” So I tried to have kids. But I couldn’t. Then all I heard was, “When are you visiting your doctor again?”

In reality, I was done. I wanted kids, but after six years of untreated health conditions I was unable to. And I was devastated by this. I felt like I should keep trying because everyone was pressuring me to. But living like everybody thought I should only made me believe that my life was empty.

So I decided to fill myself up with what I wanted. I mentored kids in foster care. I tutored young adults in math and science. I ran a music program for mentally challenged high-schoolers. After a while, I didn’t even need to get pregnant. There was no need to run that race. My life was full. I already had the prize.

When you try to fit in, you let imaginary standards measure when you’ve arrived. And you never, ever get there. Stop looking outside yourself to see if you’re pretty enough, smart enough, thin enough, or rich enough. You will always belong where you know that you already are enough.

Time to Feel Completely at Home

Want to know the truth about belonging?

It takes courage to belong. It takes bravery to show up in your own skin.

And it’s also the easiest way to lose the precious parts of you.

Stop taking the easy way out. Stop trying to fit in.

The best place in life is where you’re already okay.

Come home to you. It’s where you belong.

Anne Bechard is a firm believer that you can totally follow your passion and keep your day job. She's got a secret super power to turn dream-chasers into prosperous bloggers. Join her community and pick up your free copy of her Winning Tips That Make You a Profitable Blogger.

4 Ways Introverts Can Super-Charge Their Happiness