It Could Be Far Worse
By Lori Deschene 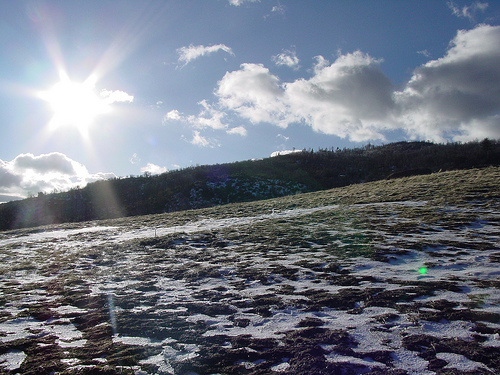 “If you count all your assets, you always show a profit.” ~Robert Quillen

This weekend someone broke into my apartment and stole everything of significant monetary value that I owned.

They stole my jewelry box, with pieces I got from my boyfriend, his mother, and my sister, after she’d gone through a break-up and wanted to unload a vast collection from her past. They stole several purses in my closet, and confusing it for another, also took my makeup bag.

They took my laptop bag containing my new MacBook, my wallet, my passport, my glasses, and my boyfriend’s old iPhone, which I’ve been using to play games. They grabbed a stack of DVDs, though I can’t remember which.

Lastly, they took my hamper, after emptying it on my bedroom floor, to carry all their loot. Oddly but thankfully, they took nothing of my boyfriend’s.

That night, I’d been at a neighbor’s house with a few friends, peeling lemons to make limoncello. I was supposed to be in New Orleans with my boyfriend and others for Jazz Fest, but I’d backed out after my doctor told me it wasn’t wise, so soon after my surgery.

When I walked into my bedroom after arriving home and saw the clothes on my floor, I wondered why I would have done that. I hadn’t yet noticed the other missing items, and I just assumed if something was awry, I’d done it and forgotten.

Then I started looking around and realized someone had been in my home. My heart started racing, my face went flush, and the tiny hairs on the back of my neck stood up. I wondered if someone was still there, hiding, waiting, or watching.

So I ran downstairs and called my neighbor, who came right over with the others. Thankfully, they did everything for me. They called the police. They called my apartment community’s security. And they even wrote a checklist of things I needed to do, including canceling cards and setting up credit monitoring alerts.

Later that night I realized the burglars hadn’t taken my old laptop, which still had most of my documents and photos saved. The next day I found my passport, after remembering I’d finally realized it wasn’t smart to carry it with me daily.

Suddenly, I felt an immense sense of gratitude because despite what I’d lost, it could have been far worse.

I could have been the victim of a far more tragic crime.

But I wasn’t. I was alive and well, with friends looking out for me. And I had the capacity to do everything on their list—to follow each step one by one and put things back together.

Sometimes when things go wrong it can seem overwhelming to make things right. But the amazing thing is that we usually can. We can put together the pieces. We can do it even more effectively if we stay calm, start with one simple step and remember that eventually, it will all get done.

I didn’t sleep much on Friday night, and I didn’t feel well on Saturday, when I went to my bank and Lens Crafters for new glasses. But today as I write this on Sunday, I am well rested and I’m here—still alive, still loved, still doing what I love.

Any time we can say that, it’s a beautiful day.