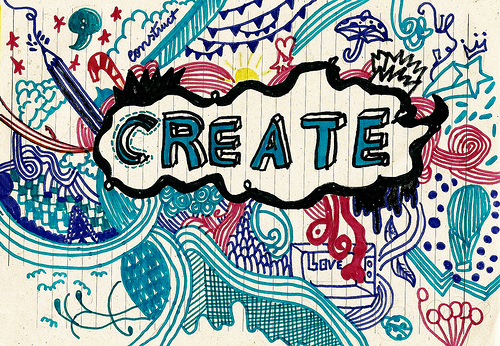 During the past couple of months I have been the recipient of some not so favorable reviews from a couple of music blogs regarding an album I recently released. In fact, two reviews in particular were not just critical but completely scathing.

Both reviews completely devoured me. I received the most recent one right before going to bed, and allowed it to completely disrupt my sleep. I woke up numerous times playing the words over and over in my head.

The next morning I was still unable to shrug feelings of worthlessness, inability, insecurity, and disappointment.

That familiar feeling of a door closing on my dreams resurfaced again. The voice in my head told me that I should just quit making music once and for all. I was convinced that I had deluded myself about my abilities and that, despite all my efforts, my music will never be any good.

“There are no failures. Just experiences and your reactions to them.” ~Tom Krause

The truth is I do have a lot of insecurity about my abilities as an artist. From an early age, friends and peers criticized me, along with parental figures that I expected support from. So today when I receive criticism, it reopens an old wound.

In the past, I’ve let feelings of inadequacy keep me feeling down for weeks on end. This time though, I didn’t want these feelings to dictate my entire day or week ahead. I wanted to shake this feeling immediately and not let myself drown in it any longer.

There are so many factors beyond our control. When we seek validation from someone else, we put power in that person’s hands.

Within moments, I was able to shift my perspective and see things in another light. I was able to see that opinions and preferences are completely subjective.

How is it that one person can love a certain style of music and not another? Or how is that the person sitting next to you has the exact opposite preference and opinion about music than you? Taste is subjective. People like different foods, different colors, and different weather conditions. We all differ in our opinions.

“You have your way. I have my way. As for the right way, the correct way, and the only way, it does not exist.” ~Friedrich Nietzsche

I also write music reviews. When I thought about the criticism my music received, I initially told myself, “I’d never say those things about anyone’s music.” I then realized that whether or not I would say those things isn’t really the point.

The point is these words are just somebody else’s opinion and we’re all entitled to our own opinion. I then re-read the recent negative review I’d received and realized that the reviewer was simply speaking his opinion about a completely subjective piece of work.

Furthermore, by sitting with the feeling, I was able to see what I did was brave. I created something, put it out there for the world to ingest, and I opened myself up to criticism.

Artists are brave people. We share our creations with the world, and any time we create something and share it with someone else, it is subject to criticism.

When you think about it, it’s one of the most vulnerable states you can put yourself in. You might then think, why would someone want to do that to him or herself?

There a lot of aspiring artists who keep their work guarded, locked up in a drawer, unable to share it with the world. I know because I spent many years doing this. It’s only in the last few years that I’ve allowed myself to share my work.

I’ve realized the rewards of doing so far outweigh the negative criticism. The feeling of relief through sharing and releasing your creation into the world is reward enough.

“I learned that courage was not the absence of fear, but the triumph over it.” ~Nelson Mandela

We can give up, or we can choose to continue on our path. We can continue to create because we enjoy it, and become more authentic and more expressive with every creation, knowing we have done our personal best.

The rest is out of our control. The only thing we can control is our response to criticism, whether is it criticism from someone else or from ourselves.

“I have done my best. That is all the philosophy of living one needs” ~Lin-yutang

Scott van Dort is a vocalist and multi-instrumentalist currently based in Los Angeles and is involved in various music projects including The Black String Theory. Scott is also a music reviewer contributing material to numerous music sites and a music business professional with over 10 years industry experience.