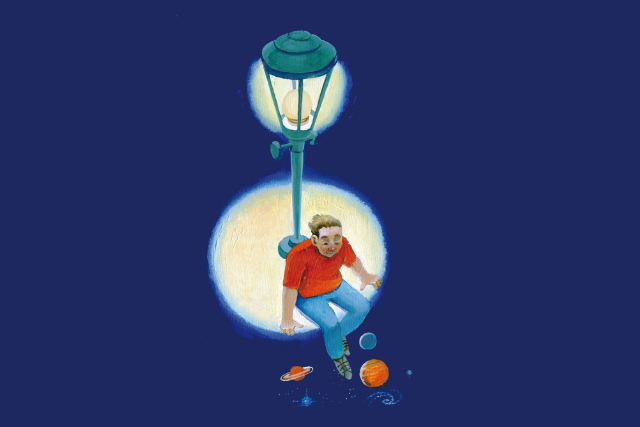 Growing up in a family of medical professionals, I received an abundance of opportunities with the understanding that my “job” was school. There was immense pressure to bring home straight A’s. I internalized this pressure and spent hours in my room memorizing texts and studying for classes.

In my mind medicine was the only acceptable career for me. Family, friends, and teachers routinely asked if I wanted to go to medical school, and my grandmother would smile when she saw me studying and say, “Study hard and you’ll be a doctor, just like your father.”

I felt that everyone was expecting big things from me, and I wasn’t sure what those things were, how to make them happen, or if I even wanted them.

In the fall of 2007, I was beginning my undergraduate career as a biopsychology and pre-med major at the local university when I became sick with a progressive neurodegenerative disease. I put life on hold as I bounced from doctor to doctor and underwent test after test, which produced few answers.

In a period of three years, I lost my balance, my mobility, my hearing, and much of my independence.

The grieving process that accompanied these losses was intense and surreal. I was convinced that finally having a diagnosis would make it easier, but I discovered that labeling an experience does not change its reality.

Medical science had nothing to offer me, in terms of treatment or a cure for my form of mitochondrial disease, but I found myself moving through grief with a false sense of fluidity and a feigned sense of humor.

I thought that if I pretended things were okay, I would not have to face the seriousness of my illness or the underlying grief.

I went to great lengths to keep up a facade—refusing help from friends, denying that I had any limitations, and locking myself in the house on days when my level of functionality was less than normal. Unfortunately, this meant spending a lot of time at home—alone.

Then a friend introduced me to Buddhism and began encouraging me to try meditation. She specifically suggested that I practice sitting with the uncertainty and the constant wave of negative emotions I was experiencing.

When faced with overwhelming challenges, it can be tempting to melt into a puddle of despair and drama. Sitting with the negative emotion can help us to see our challenges from a fresh perspective.

Despite living the life of “professional patient,” I became determined not to let my future and dream of medical school slip away, and I even managed to finish my Bachelor’s degree from home or the hospital one class at a time.

Just when I thought I could take time to breathe and settle into my new status quo, a close friend who had fought a brief battle with chronic illness passed away quite suddenly. Her death dismantled my unwavering faith in medicine and unearthed my own fear of mortality.

My health began to decline quickly, and it seemed that no amount of meditation or “sitting” could help me to make sense of the fear in my heart.

The months following her death are a blur, but I know that the tragedy was the catalyst to a powerful transformation in how I viewed my own illness and expectations for my future.

My facade and fear of staying sick, of never realizing my dream, and of my own mortality began to slowly morph into power. I believe that sometimes this “power” comes disguised as anger at first, but that the way we choose to channel this anger is what makes the biggest difference in the outcome.

The Buddha said, “Holding on to anger is like grasping a hot coal with the intent of throwing it at someone else; you are the one getting burned.”

Desperate to drop the coal, I took action. I began to spend time tweaking my diet, consulting with functional medicine practitioners, and pouring over research articles online. Slowly—very, very slowly— things stopped spiraling and even slightly improved as I began to implement my own healing plan.

My doctors began commenting that I belonged in medical school, and I was starting to feel like I was finally on my way there.

I set my sights on “curing” myself with the expectation that I would be 100% well in a matter of time, even though I had been ill for years. Just as I had done as a child, I began to internalize this expectation of living the “perfect life”—disease free—and I had little time to enjoy the progress I had made.

But I was still stuck and I realized that my obsessive focus on a cure was yet another way of avoiding dealing with my illness and the accompanying grieving process.

I had been skipping over the last stage of grief—acceptance. I saw my disease as an inconvenience, a marred and imperfect part of me that I had to demolish.

I had spent so much of my life trying to meet the expectations I’d placed on myself, so I decided to start dedicating my meditation to exploring whether or not these expectations were truly mine.

I concluded that if I could claim ownership of the expectations, then I could take control of them and morph them into fruition; but instead I discovered that releasing them was like setting down a monstrous boulder.

I shifted my attention to what I knew I really wanted to do—carve out my own path as an entrepreneur and teacher.

I also began to sit with the idea that my health is not likely to improve, and while my disease does not have to define me, it is a part of who I am and I can make the choice to do something positive with my experience.

The most important thing I have learned on this journey is that the grieving process is fluid, and there are no rules as to how we should grieve or what we can grieve about.

My lifelong dream of attending medical school was an expectation that I could not claim as my own. In fact, my experience navigating through the medical system with my own illness had left me with a great deal of disdain for the practice of medicine.

It felt awkward to experience so much upset over the release of an expectation that I could not own, but it had become such an engrained part of me I had eventually convinced myself I wanted it!

We typically associate grief with tangible loss of things we currently have—the death of a friend, failing health, a marriage, or relationship—but letting go of dreams can be just as painful and devastating.

If you need to let go of a dream as well, take the time to explore the driving force behind it’s dissolution and ask yourself if the dream was truly yours or if it was an expectation.

Better things wait for us on the horizon when we finally let go.

Erica recently combined her professional and personal experiences with her passion and launched her own business working with families of children with special needs. She maintains a blog where she explores the challenges and frustrations of living as a professional patient in a unique, humorous way.