Life Changes When We Change
By Loni Klara 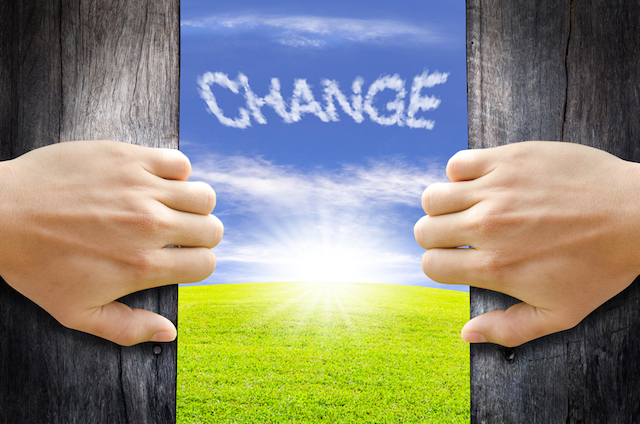 “We can let circumstances rule us, or we can take charge and rule our lives from within.” ~Earl Nightingale

Last Christmas, I was jobless.

With piling bills and debts, I was trying to switch from a freelancer to a full-time employee. I had been job hunting for weeks, with zero results. I started wondering why. I was qualified, I had a great resume, and I was willing to work hard. So why did I feel so helpless, like the reins were in someone else’s hands?

I didn’t like the feeling, but I couldn’t see how I could take control. Everyone said that’s how the job hunting process is. Endless applications and waiting for responses that may never come. There’s nothing you can do about it. Just remain positive. Hope for the best. Wait. Try harder.

Well, I had just about had it up to my neck with this kind of advice. I was being inundated with positive messages, and I began to question their effectiveness. What’s the use of being positive if it doesn’t change anything?

Now, I am an optimist. Glass half full and everything. But as weeks passed by and I hadn’t landed so much as one interview, the whole glass business started to turn sour. Simply remaining optimistic didn’t change anything.

I wasn’t getting any better results, and I wanted to do something about it rather than sit around with an imaginary glass.

It was one week before Christmas when I had a breakthrough. I decided to quit ”looking for a job.” I stopped ”trying to remain positive.” No use beating a dead horse. It wasn’t defeat. It was just a change of tactic.

Someone once said that insanity is repeating the same mistakes and expecting different results.

Endlessly applying to jobs with no results was indeed driving me insane. It was time I looked for other solutions. After all, I had nothing to lose. Might as well have some fun, explore and experiment with different options.

Without realizing it, I had taken control. As cheesy as it sounds, I had taken back the power from the mysterious employers behind the computer screen. I stopped caring what they thought and started to focus on what I wanted to accomplish.

Just a day before, I was searching for things like “how to get a job.” Suddenly, I was forced to search for something else. It was my day off from job hunting. What should I do instead? The mere thought that it was totally up to me gave me infinite control. I was free from the shackles of insanity.

What happened next was life-changing. Instead of trying to get tips on how to land a job, I started to look at successful people that I wanted to emulate. Because I was no longer worrying about trying to get a job, I was free to turn my attention elsewhere, which led me to think about ways to achieve success and get ahead.

It may sound like nothing, but in hindsight, it was everything. I realized what I wanted wasn’t a job. It was a fulfilling life. Of course, a source of income was an inevitable part of it, but it was just that. One part of a much larger picture.

I was curious about how others had done it. I researched people I aspired to resemble one day. I perused advice and life stories of current CEOs and influencers. Then I revamped my application material with all this in mind, sent them in, and continued my exciting research.

Instead of just looking for a job, I was now clearer about what I wanted and what I had to offer. I was more selective about where I applied, and I wrote my cover letters with a deeper understanding of the companies and how I’d fit within them.

To my surprise, I landed an interview within twenty-four hours. The next day, I landed another two. I was completely thrown off, but I could not deny the immediate effects of my tiny decision.

Simply by switching the search terms online, I was getting better results in my own life. The simplicity of it was what shocked me the most. After all, everyone knows that if you aren’t getting results you want from a search engine, you change the terms.

I was reminded of countless accounts of people who had tried something else and achieved seemingly miraculous success, but until this moment, I never thought it would happen to me. I just thought those people were lucky. I didn’t even realize this was what I thought until I collided head-on with the revelation.

As it turns out, luck often comes to those who want to create it. Positive thinking is good but ineffective without action. And that action could be as small as simply deciding to change.

In reality, all I really did was switch from a passive state of mind to an active one. I had made a decision to change, and therefore brought it about. More importantly, the positive messages I discarded weren’t wrong. It was my way of taking them in.

Now, I don’t stop with listening. I don’t think, ”that’s really good advice” and do nothing about it. What I do now is take the advice and run with it. Think of ways to make it my own. After seeing the difference it made in my life, how could I do otherwise?

If you want change, don’t wish for it. Create it.

Time for a change image via Shutterstock

Loni Klara is a digital marketer and blogger who aims to spread laughter by writing about screwball comedy films. As a Third Culture Kid who grew up on three continents, she has no qualms talking to all sorts of people. If you’re in the mood for a chat, you can find her on Twitter (@loniklara).

How to Be Less Anxious About Things You Can’t Change

Sometimes We Are the Ones Who Need to Change