How Listening to Depression Can Help Us Overcome It
By Anonymous 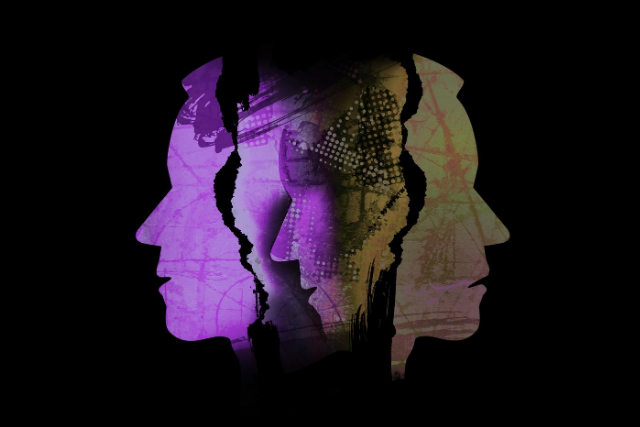 “These pains you feel are messengers. Listen to them.” ~Rumi

My first diagnosis of depression came at the age of fifteen. Depression runs in my family; it wasn’t a case of overmedicating. It was genuine, and the black dog has followed me all my life.

I’ve been on eight different antidepressants and a handful of anti-anxiety drugs. I’ve been in and out of therapist offices and hospitals for most of my life, and I expect that I’ll continue to do so.

My mindset (and that of my family and doctors) was that depression is an adversary to be defeated. If only we found the right medication or the right therapy, we could solve the problem. But that mindset ignores a positive effect of such a negative condition: depression’s ability to induce change.

Depression lies to you, but it also tells you the truth. And that truth leads to change.

As I began my career as a lawyer in New York City, my depression worsened. Law is a perfect profession for depression to get worse. I was taught to look for mistakes, to be cynical. A pessimistic mindset is an advantage for a lawyer.

My depression found expression physically and emotionally. I had chronic tension headaches; when I woke up feeling like head was squeezed into a vice, I knew the pain would last all day. My back and neck were steel cables of tension.

I gained weight from a combination of lack of exercise and poor diet. On the weekends, I would order huge amounts of food, seeking solace and finding only regret.

Emotionally, I was ashamed. Ashamed for being depressed and ashamed for hating my job. It was the prize so many of my law school classmates had competed for. Why didn’t I want it?

More than the shame was an overarching sense of sadness, like a gray filter applied across the screen of my life. It felt like other people were seeing in color, but for some reason I was seeing in black and white.

I remember discussing a medical leave with my therapist (she was supportive, and I owe her much). But I was crushed as I realized that a leave was only that—I’d have to return to the office.

Late one night, unable to sleep, I found myself scrutinizing my apartment’s lease agreement, looking for a way out. My apartment was bathed in darkness. In the pale glow of my laptop’s screen, I broke down, shoulders heaving with sobs.

I had been trying to kill the messenger. I wanted to silence my depression, as if I could put my hands over my ears and make the noise stop. But instead, I needed to listen to what my depression was telling me.

In those times, depression felt intractable. It was a heavy stone that I wasn’t strong enough to move. But I think, more subtly, depression can signal change. Pain is a messenger.

Just like physical pain, emotional pain is a signal. Your body is telling you to change what you’re doing. And those changes can’t take place if you don’t stop and listen.

And how to listen? Sit in stillness, observing what thoughts and emotions arise in the silence. No control, only observation.

I learned to focus on my breath, observing its rising and falling, without focusing on a specific object or mantra. I learned this meditation technique at a vipassana retreat near Kathmandu, Nepal, and it still serves me well.

It’s like exercise at the gym: it can be unpleasant and uncomfortable, even though you know it’s good for you. In contrast, some pain is like breaking an ankle. You have to take time to heal.

In this sense, meditation is a guide to distinguishing between depression’s truth and lies. Depression tries to trick you: it lies to you (in the form of cognitive distortions like catastrophizing) while sometimes telling you the truth (the genuine pain that you’re in). Meditation separates the truth from the lies.

I relied on meditation to help me recognize the pain I was in. Not only had I run away from my depression, I had chastised myself for even feeling it (“you shouldn’t feel this bad”) then felt guilty for being depressed. Meditation cleared this fog of avoidance and guilt.

It also taught me to stop trying to figure out my depression. Attempting to intellectualize how I felt was a fool’s errand. I had to recognize my depression in a visceral, bodily way.

When a stove is hot, you pull your hand away so you don’t get burned. It doesn’t matter if the stove is gas or electric, or who turned it on. None of that information will prevent you from getting burned. It’s happening; the exact causes don’t need to be figured out to act accordingly.

And this is exactly what meditation taught me: to focus on the sensations (breath, bodily discomfort, thoughts) instead of attempting to rationalize those sensations. That’s why vipassana retreats require you to surrender your books and journals. Experience the phenomena, don’t intellectualize them.

Once I stopped attempting to reason with myself, it became clear that I had to quit. My depression had lied to me before, but it wasn’t lying this time.

I’m not recommending recklessly quitting a job without a plan. I had to sublet my apartment and figure out my finances before I left. But my depression had led me, finally, to make a decision.

Then I had to take the leap. As I told my boss I was quitting, I felt a strange combination of anxiety and exhilaration. I shook.

I left New York City. I remember sitting at the airport and deleting my work’s email app from my phone. It sounds like a millennial’s cliche version of catharsis, but deleting that app felt immensely freeing.

I’m still in the process of letting myself be sad sometimes, and I doubt that process will ever truly end. I’m still on medication. But the gray filter over my life has lifted.