Are You in Love with the Idea of Being in Love?
By Annie Oudom 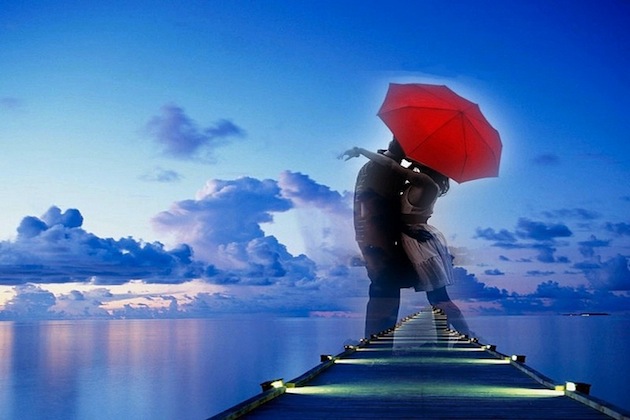 “But no. We can give it another chance; I know we can. We just have to try harder…” were my desperate words to him as he was breaking up with me for the second time.

As I am reading those words out loud, I feel a little sting in my heart. It’s been a while since I revisited this experience and for some reason, it feels bittersweet.

It’s been about nine months since he told me that he didn’t see a future for us, that he felt like he was pretending when he was with me, and that sometimes he just didn’t want to be around me.

But I didn’t hear those words. I heard it, but I thought knew that I could change his mind if I just tried a little harder to convince him that he did want to be with me; he just didn’t know it yet.

I felt beaten when he firmly said no. I was even more devastated after suggesting that we remain friends when he again said that he didn’t think it would be a good idea, since he didn’t think I could handle it.

That’s when I knew it was over and I knew that there was no way in this lifetime that I could change his mind.

A flood of thoughts and emotions ran across my mind and body:

What could I have done that was so horrible that he couldn’t even stand the sight of me anymore? How could I have missed the warning signs during the last three months that we were together? If he wasn’t happy, why didn’t he just say so?

There were countless questions that just would not stop.

I finally realized he’d been telling me all along that he didn’t want to be with me. His actions spoke loud and clear, but I was so involved in trying to change the situation that I didn’t see the reality. And that reality was: He just did not want to be with me.

Unfortunately, this wasn’t the first relationship that I allowed myself to get lost in. So how in the world did this happen to me? Again?

The idea of being in love happened. That’s what.

I wanted that romance, that fairytale. I wanted to finally know what it was like to be in real. Grown up love and not kiddie, high school love. I wanted all of that.

I was so tired of always being the bridesmaid and never the bride. I was starting to feel like maybe it just wasn’t in the cards for me.

And that scared me.

When I finally woke up from this, I started to ask myself, “Who the hell are you, and why did you allow yourself to go through that?”

I used to think I was this strong, independent woman who knew exactly what she wanted in life and wouldn’t tolerate any BS from anyone.

I was always so proud to list all hundred qualities that my future husband would definitely have, and I told every one that I was never, ever going to settle. I was all talk but never walked the walk.

After much soul searching, I finally had the courage to put my foot down and say enough is enough. That was when the real challenge began.

Who am I again? I don’t even know anymore…

I had to find a quiet spot and re-evaluate me.

I figured out that I’m one person with friends and family but the complete opposite when I’m in a relationship. I try a lot harder to please; I’m less outspoken, less confident, and less of myself. I was scared to let the real me out in fear that maybe they wouldn’t like me.

I was too scared to say no to something that I knew I was against.

I felt like I had to create this façade of someone that was fun, loving, and patient, and what I thought was “perfect” in someone else’s eyes. Not saying that I’m not fun or loving or patient; I just tried too hard to be seen that way.

Far enough that I even agreed to hang out with his ex, who he was good friends with, if that’s what he wanted.

Don’t get me wrong, many people are still friendly with their exes and their current significant other is fine with it, but I was never fine with their relationship.

They had a history—friends before dating, four years as a couple, and three years living together. I knew about this from the beginning of our relationship and I was absolutely fine with it.

In my mind, I thought they broke up on good terms and talked to each other occasionally. I didn’t know about the late night phone calls, meeting each other for dinner, going to the vet together when “their” dog had appointments, and the fact that she still had a key to “their” condo.

He made an effort in the beginning and assured me that they were just friends and that I didn’t have anything to worry about, and of course I made myself be okay with it.

I made myself okay with anything if it meant that it would make me the person he always wanted to be with.

What I didn’t realize was that it was slowly killing my spirit.

She always came up in conversation, not because I brought her up, but because he wanted to share his past. I put on a brave face and would listen and laugh at some of the stories, but it made me feel like I had to live up to what they had.

And what I had just wasn’t good enough.

I’ve come a long way from where I was nine months ago. I’m admitting that I have made huge relationship mistakes, but my biggest mistake wasn’t that I tried too hard or that I would’ve given anything for my relationship.

My mistake was not being true to myself—not standing up for myself, not keeping true to my morals, and not loving myself enough to just say no when I wanted to.

I’ve discovered that I am not flawless and that it’s okay to not be perfect. But most importantly, I’ve learned that it’s okay to love yourself first, and if you have to lower your standards to get the love that you think you want from someone else, then it’s not worth it.

These challenges haven’t been easy but if it’s challenging me to define my true self then why not jump feet first and go all in? I have made a promise to myself that I will love myself first and not be in love with the idea of love.

Sometimes letting go of someone or something is the best thing that you can do for your soul. Write the last chapter and tuck it away. It’s time to start a brand new book.

Annie Oudom is a 20 something living outside of DC. She spends her days working for a nonprofit in Juvenile Justice and her fun time conspiring new inspirational ideas for her blog, Project 26 and Counting. The rest of her time is spent event planning, hanging out with loved ones, and as being a foodie.

How to Love an Addict (Who Doesn’t Love Themselves)