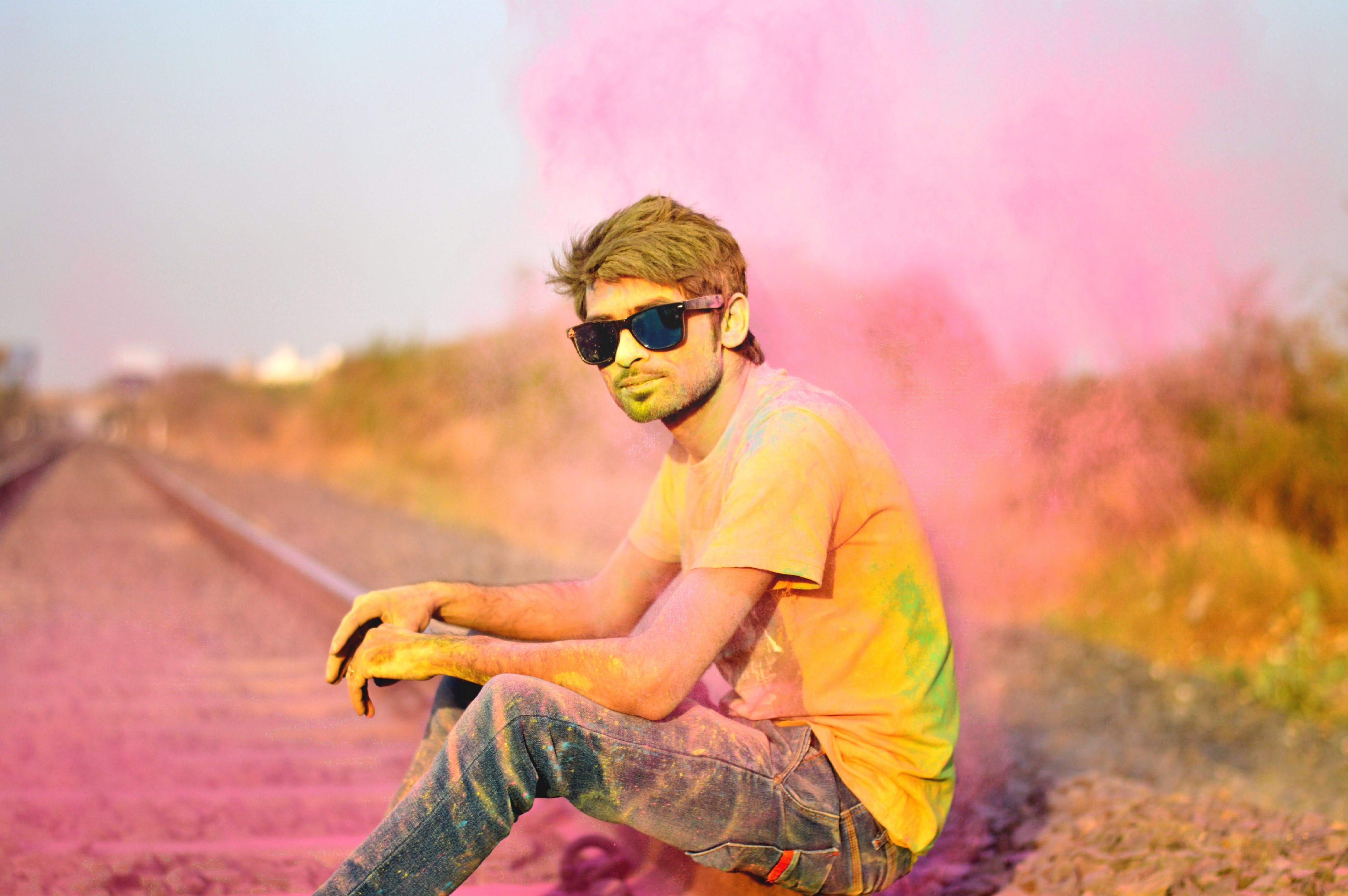 If you want change, it has to come from inside. You can’t rely on someone or something to change you; you have to do it yourself.

However, it’s one thing to want it, but it’s another to actually do it. That’s the hard part—doing it. Change can be hard.

But there’s a technique to get yourself to take action to make a change. It’s simple, and truly powerful.

A Technique to Get Yourself to Make a Change

It’s just a matter of closing your eyes, using your imagination, and opening them. Ready?

Take a look at your life as it is now. Where are you physically, emotionally, financially, in your relationships, in your career? What areas are you happy with; which do you want to change?

If you’re not happy, keep your eyes closed and make yourself feel the pain of not changing. Feel the burden of not having enough money, of being in an undesirable relationship, of being stuck in that same job, same desk, of being overweight. Really feel that weight on your shoulders, holding you back, pushing you down. Hold that image for a while.

Now, imagine yourself five years from today, in the same place, broke, lonely, depressed, stagnant. Really feel it, the weight of the baggage, the frustration, the disgust of not doing anything to change your life for the past five years. Again, hold that image in your mind and feel those feelings. Do you want that?

Go out even further, ten or twenty years, without making a change. See your life as if it was clear as day, as if it was your reality. If you are able to get yourself to feel that pain, to truly feel it, the weight of it will get you to immediately take action and decide to make a change.

The idea is not to visualize a life you want; instead, it’s for you to imagine what your life would be like if you didn’t do anything to change it.

The negative emotions associated with not changing should ignite a fire inside you and make you decide to do something about it.

How I Pushed Myself to Make a Change

Let me give you a personal example.

It’s often said that college is where you go to have new experiences, meet new people, discover yourself, and try new things.

For me, that was absolutely the case. As an individual, I feel I really came into my own. It was also a place where I tried new things, good and bad.

One of the bad things I did was start smoking. It seemed like everyone around me was doing it. In particular, when I went to parties, everyone would light up.

Being young, invincible, and naive, I thought that I would be able to continue with it and then quit whenever I wanted.

Well, that wasn’t the case. I continued this habit for years after graduating. Quitting was harder than I thought. I probably tried quitting over 100 times.

It wasn’t until I was expecting my first child that I knew I had to quit, if not for me, for him; but how? I tried so many times before with no success.

So what I did was to imagine myself smoking for the next year. I smelled the horrible odor smoking left on my clothes, I felt the blackening of my lungs, I tasted the yellowing of my teeth, I thought of the damage I was doing to my infant son.

Then I looked out even further. Five, ten years out. I was literally killing myself, little by little, day by day, cigarette by cigarette. What was I doing to myself, to my family, to my child? I felt the pain. I really felt it.

Then I looked out ten or even twenty years. I saw my little boy with a cigarette in his hand. He was doing the same thing I was—killing himself.

I knew I couldn’t continue as I was. It was right then and there that I decided to quit smoking for good.

Think of some part of your life you want to change. Find something that, if you were still doing it, or not doing it, over the next several years, it would negatively impact the quality of your life.

For now, don’t worry about the how; that will present itself. The only thing you need to do now that you’ve decided to change is to start moving forward.

Take some action, any action. It doesn’t have to be anything monumental. Even small changes can have a significant, long-lasting impact. The important thing is to do something now, and to be consistent.

To show you the effects of consistent small changes consider this. If you had the choice of getting $1 million today or getting a penny today, that doubled every day for the next thirty days, which you would choose?

Knowing this is a trick question, you’d probably choose the penny. But do you know how much that penny would be worth in thirty days? Over $5 million!

I have done this personally, many times, where I made a small change and it had a significant impact on many parts of my life.

Tired of Being Tired

For example, there was a time in my life when it seemed that I was always tired. I never seemed to be able to get enough sleep.

This negatively impacted me physically, mentally, and professionally. I was out of shape (too tired to exercise), my mind felt as if it was in a perpetual haze, and my work suffered because I wasn’t 100 percent engaged.

Then, one day, I decided that over the next six weeks I would go to bed five minutes earlier than I did the week before. Additionally, when I woke up, the first thing I would do is drink a glass of water instead of going straight for the coffee.

The results of these two small changes were huge! Because I was now going to bed earlier, my body was much more rested. This made it easier for me to start working out a few days a week. The additional exercise I was getting also gave me more energy. (See the snowball effect here?)

Also, because I drank water first instead of having my usual jug of coffee with sugar and milk, my body was properly rehydrated in the morning. And my sugar and caffeine intake decreased, which prevented me from crashing in the afternoon and helped me stay alert throughout the day. Again, the snowball effect.

I was now healthier, had more energy, was mentally sharper, and was fully engaged and more productive at work!

The next thing you need to do is take action, immediately! It doesn’t have to be anything huge, just take some action.

Finally, if you consistently take action, it will compound on itself and you will see dramatic changes in your life faster than you could have ever imagined.

When someone first told me about this, I was skeptical. How can imagining something change your life? It would never work.

But after I got past the initial skepticism, actually gave it a try, and stayed consistent, I was shocked at the results I was getting.

I now feel like I have a duty to share this with as many people as I can. If even one person applies this and is able to make a change, I can feel good knowing that I made a positive impact on someone’s life.

In the end, isn’t that what we all want, to be able to make an impact?

I would like to leave you with a phrase I that I like to read whenever I feel discouraged:

Darius is a father, husband, college professor, and author who wants to share his life experiences and the lessons he learned from them. His blog, A Life of Riches is a place where he gives his thoughts and offers strategies and tools that anyone can use to develop any area of their lives.

10 Powerful Benefits of Change and Why We Should Embrace It