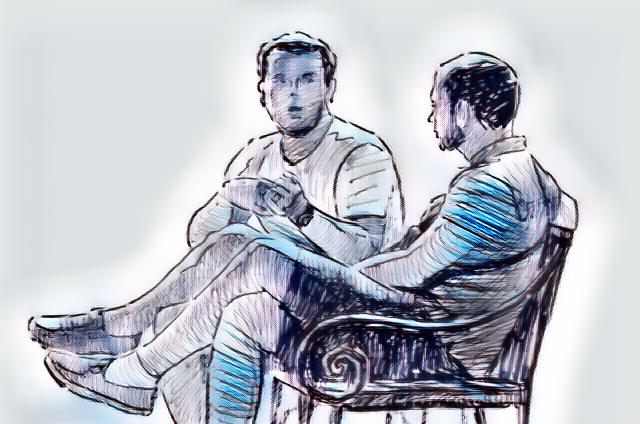 “To meet complaint with unrequested council earns for the advisor a fortune of hidden contempt.” ~Greek Proverb

When people start dumping their complaints and woeful stories on you, how do you respond?

Do you see it as your golden opportunity to be of help to them?

Do you make it your mission to put your wealth of knowledge and wisdom to good use by coaching them through their difficulties?

I mean, isn’t this a great chance to share the extent of your wisdom and understanding, and also be of help to someone in their time of need?

But the most important question of all is this:

When you’ve encountered this situation, did they ask you for your assistance before you started advising them?

When people dumped their complaints on me, there was a time when I took the initiative and voluntarily started counseling them on their problem, even though they never asked me for my guidance.

I thought I was being helpful.

But then I made an important breakthrough discovery in maintaining the connections I had with others without accidentally destroying them.

Let me start at the beginning of my story…

When someone used to dump their problems on me, I used to think:

“Oh, they have this problem. I have the answers. I’ll be a good friend or family member and help them solve it, all because I care about them.”

I remember this one time, a friend of mine was having trouble dating women and he would complain about it to me.

Guess what I did?

Did I listen and seek to understand him, where he was coming from, and how he felt about the situation?

What did I do?

I started right in on giving him unsolicited advice about how he could get better at dating women.

I thought I was being helpful.

But you know what?

I noticed a very curious thing happening as I did this…

I observed that his body language and voice tone started showing signs of irritation. I could tell he wasn’t welcoming and responding positively to my advice, even though I knew it was solid, and even though he was verbally agreeing with what I was saying.

Later, I started to wonder why this was.

Here he had a problem, I thought. Didn’t he want a solution?

Surely, he wanted one, right?

After all, why gripe about something if it’s not going to lead to a constructive outcome that brings about the desired results?

This investigation led me to question how I reacted when I shared my own problems with people and they responded by giving me unsolicited advice—which, incidentally, only happened for the first time after the incident with my friend and his dating problems.

Isn’t it funny how we sometimes don’t know that something’s annoying and maybe even condescending until we’ve been on the receiving end of the very same behavior ourselves?

I find it interesting that we often don’t know that we’re acting in ways that are turn-offs to others until we’ve had someone behave or treat us in the exact same way.

Isn’t it often only then that we have the epiphany?

Well, that’s what I learned about giving people unsolicited advice, especially in response to them dumping their problems on me—it’s patronizing and condescending.

Reacting to people who complain by telling them how they should solve their problems “forcibly” places us in the “superior” role to them. It frames us as the person with the “higher social rank” in the interaction, and lowers the complainer down into an inferior role.

And who likes to feel inferior to others?

But what do we think?

“Oh, aren’t I being a great friend? I’m helping them out!”

But is it possible that we’re actually sending them a completely different message from the one we think we are?

Could it be possible that what they end up hearing is something else?

And could it also be possible that that message is something offensive and insulting to them?

Want to know what the recipient of unsolicited advice really hears?

It’s not too flattering, and you may be ashamed of yourself to discover the true message behind your actions.

Between the lines, they hear you saying this to them:

“I think you’re inadequate and incompetent, and you require my superior knowledge and wisdom to make progress here. Without my help and intervention, you are a helpless victim incapable of dealing with your own problems. You should feel lucky that I’m even putting in my precious time and effort to give you some assistance. Furthermore, I don’t accept you the way you are. I’m making it my mission to change you so that you fit into my ideal of who I think you should be instead of accepting you as you are.”

Now imagine if someone said that directly to your face.

How would you feel?

That’s exactly how you’re making people feel when you give them unsolicited advice in response to their complaints.

So wouldn’t it greatly improve your ability to connect with people and win their esteem if you stopped making them feel this way?

For what’s more important than earning the love and respect of others?

Or, would you rather sacrifice their love and respect just so you can have your chance in the spotlight to prop yourself up as a “knowledgeable” and “wise” person?

And all for what?

Just to get an ego boost, at someone else’s expense?

After all, what does it profit us to share our “superior” wisdom and guidance with someone if all it earns us is their contempt?

And how does that really benefit us and our relationship with that person?

It doesn’t, does it?

Now let me ask you this:

Have you ever asked yourself why people dump their problems on others in the first place?

What do you think they really want by doing so?

Do you think they do it because they want a solution to their problem?

Do you think they do it because they want your help?

After all, isn’t that what we tell ourselves is the truth of the matter?

But are those the real reasons?

After all, if they wanted a solution and some help, wouldn’t they ask us for our feedback, opinions, or advice somewhere in there?

And what do they want exactly?

To be understood and receive sympathy.

That’s what they really want.

And more specifically, what they want is for someone to understand how difficult what they’re going through is for them.

That’s the response they really want from us.

Trust me, that’s the last thing they want.

I mean, are you aware that people secretly hate and resent unsolicited advice, even though they’ll probably never tell us that to our face?

Instead, they’ll just put on a polite smile while perhaps they secretly fume about it behind their cordial mask.

I’ve discovered an important lesson in fostering healthy relationships is to stop trying to help people with their problems when they complain about them—unless they specifically ask for it. Instead, I’ve found it much wiser to seek to understand what they’re going through and what they must be feeling.

Then focus on that.

What people really want when they complain is to have their feelings not only understood but at the same time validated.

In short, people simply want affirmation on how much whatever they’re going through sucks and how hard it is.

If what you want is to connect with people in these types of situations instead of earning their resentment, don’t treat them like they’re a useless person who can’t do anything for themselves with your unrequested guidance.

Instead, identify the emotion they’re feeling, and then ask them about that.

Let me give you an example…

If someone is complaining that a person in their life isn’t giving them enough attention, instead of advising them and giving them tips on how they can get more attention from that person, try to identify what they must be feeling and then ask them about that.

Their eyes will probably light up as if you’ve just read their mind, as they exclaim, “Yeah! That’s exactly it!”

Then you might follow-up with some kind of affirmation and then maybe even tell a very short story that relates to their situation.

“That really sucks, and I think I know what you’re going through. I once had a partner who would only pay me attention when they wanted something from me. I felt like I didn’t really matter to them, like they didn’t really care about me as a person.”

Why not let people work through their own problems and issues—even if you can see the error of their ways, and even if the solution seems obvious to you.

When people dump their complaints and problems on you, if you really care about them, why patronize them with your unsolicited advice?

Why add fuel to the fire?

Aren’t they probably already feeling stuck or down enough as it is to have to endure someone’s condescension on top of it?

So why not try this approach to dealing with others’ complaints?

I encourage you to test this out the next time you find yourself in a situation where someone is dumping their problems on you.

Instead of “jumping to their rescue” with your saving grace and advice, seek to discover the emotion they must be feeling.

Then ask them if that’s how they feel.

If they confirm your suspicion, affirm how bad that must be, and maybe even share your own short story about the same or similar experience.

Then I suggest changing the subject at the first opportunity. Maybe even use your story to lead into it—because I wouldn’t advise focusing an entire conversation around how negative something is.

I believe in nurturing a positive outlook on life, yet at the same time being realistic, honest, and understanding that, yes, life does sometimes suck and it’s wise to accept that rather than living in an illusion where the world is filled with rainbows and lollipops.

There are, of course, ways of truly helping people with their problems without giving them unsolicited advice, but that’s an article in itself.

Ultimately, it all comes down to this…

What would you rather have:

A strong connection with the people in your life, or the certain knowledge that they harbor hidden feelings of resentment toward you due to your unwanted, condescending advice?

The choice is yours.

Keenan Cullen is passionate about becoming the very best communicator he can possibly be. If you want to learn more about what he’s discovered about dealing and relating with people effectively, visit his blog or sign-up for his free weekly articles at keenancullen.com.

10 Tips to Advise Wisely: How to Give Advice That Actually Helps

10 Ways to Complain Less (and Be Happier)

Why No One Needs “Fixing” or Wants Unsolicited Advice