On Learning to Set Priorities
By Robbie S. Ward 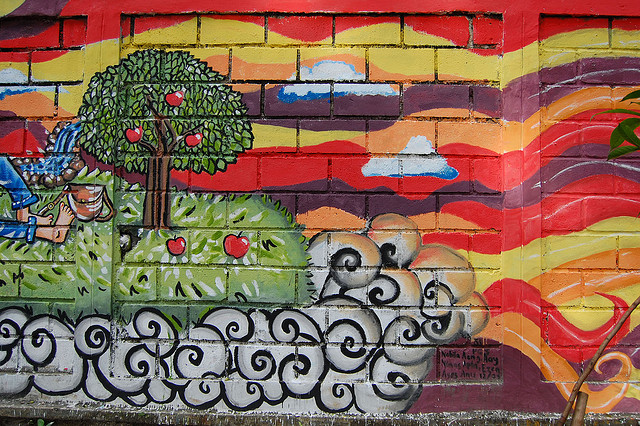 “Living with the immediacy of death helps you sort out your priorities in life. It helps you to live a less trivial life.” ~Sogyal Rinpoche

Sitting in the ICU waiting rooms during recent months waiting to visit Mama, my life slowed down more than I can remember in recent memory. I had a lot of time to think about what I’ve done with my life in recent years.

Many things that seemed important at the time all of sudden seemed trivial. I realized how much my life had gotten out of control. I wasn’t a drug addict or alcoholic, but I had wasted many opportunities.

Sitting in the hospitals, I met parents whose children would probably die soon. Mama was transferred to another hospital before I found out. I met a woman whose husband was close to dying but made sure she spent every moment with him. I met families gathered during hard times.

Sometime between the visitation periods, I realized I won’t ever accomplish what I want in life if I didn’t change course. I have tried to do everything at full throttle at the same time. Focusing on too many projects at one time worked for a while but things seemed to fall break down on me.

I realized the importance of priorities, something I thought for years I didn’t have to worry about as long as I had plenty of coffee and enthusiasm.

I went from running a marathon in 2005 to being more out of shape now than in any other time in my life. I had a girlfriend I thought I might marry a year ago, but she ran away one of the last times I saw her.

I created a festival about redemption, rebellion, and good spirited fun, and watched an anemic economy and other factors bully it, from Main Street to a local bar.

I went from enjoying my job to struggling at things I usually shined doing. I went from taking graduate classes to realizing I’d taken about three years since I completed more than one class.

Some things I wanted won’t happen now because of actions and decisions I’ve made. I can’t undo the past—wouldn’t want to if I could. Some relationships won’t be rebuilt. One person told me recently that things I’d said about our future together were just ideas in my head.

One thing I learned watching Mama breathe with the help of a respirator is we have to prioritize.

Beyond everything else, we need to breathe—that’s most important. We also need to make those breaths count. Since we can’t do everything all at once, we need to prioritize.

I want to live in the present and focus making the imagination in my head a reality. That means not getting bogged down with too many projects at the same time.

One of my favorite editors told me before I left the Vicksburg Post to try to think about eating apples.

“If you try to eat seven apples at one time, they all turn nasty and you don’t enjoy any of them,” she said.

A person like me tries to do it all at once. That is why prioritizing has been such a hard lesson. Not prioritizing has left me alone, out of shape and wondering about some things I care about deeply. Some of my apples rotted before I could eat them.

Recent years have taught me to decide which apples mean the most, make them my top priories and enjoy each bite like it’s the last.

How I Stopped Trying to Please Everyone and Started Prioritizing Myself