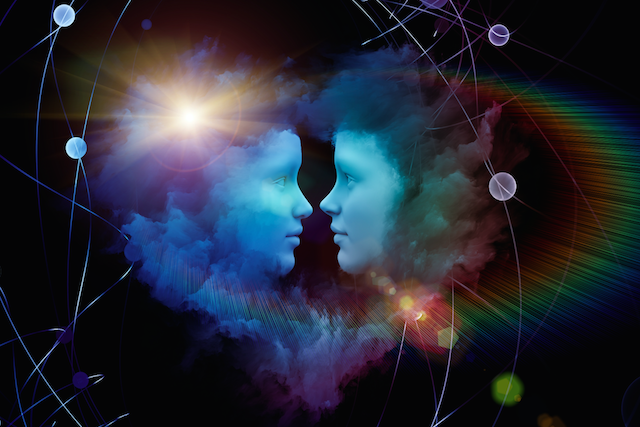 A couple of weeks ago, while reading a post on a different personal development site, I found a comment from a reader who seemed to question the blogger’s intentions and integrity, as it pertains to how he does business.

This reader was direct. She didn’t beat around the bush; she came right out and communicated how she felt. For this reason, and because the comment was based in assumptions, it read as somewhat harsh and judgmental.

Another reader responded to that comment, starting with something along the lines of, “Wow, now isn’t this a wonderful learning opportunity for both of you!”

In other words, this experience (of the reader offering a critical comment) provided room for the both the blogger and the reader to learn something.

However, this reader then went on to defend the blogger with wording that seemed passive-aggressive.

While she first wrote that it was a learning opportunity for both people, her comment then read like a list of reasons the first reader was completely out of line—albeit phrased with words that seemed positive and constructive.

I realized that I recognized passive-aggression because it’s something I’ve experienced before—on both sides of the table.

In our attempts to be “positive people,” we might feel a need to stifle our anger and avoid directly confronting people, as if critical thinking is always negative.

It’s only by having the courage to speak up, respectfully, that we can all help each other learn.

Speaking up respectfully isn’t the same as phrasing everything positively.

Speaking up respectfully requires us to be clear and direct with our intentions and message, and to accept the consequences of offering it—meaning, understanding that we can only control what we say, not how it is received.

You’ve probably been on the giving and receiving end of passive-aggression at least once or twice.

It’s the note your roommate leaves that reads, “I know you probably meant to do the dishes! Don’t worry—I’ll do them tonight, even though it’s not my turn!”

It’s the fifth time your boyfriend “forgets” to wash your white clothes separately, and the argument he later makes for why he’s just not good at laundry.

It’s your wife’s inexplicable hostility, when underneath that is something she wants you to do, but without having to nag you to do it.

Someone can only meet our needs when they understand them, and someone can only recognize the potential impact of their actions if we’re brave enough to call their attention to it.

When I first started trying to become more positive, I quickly squelched all critical thoughts, labeling them as “bad.” Ironically, I did this because I thought it was bad to be critical of other people—and in making that judgment, I set myself up to frequently judge myself.

The critical thoughts with a constructive intention served a valid purpose, whether it was to help me maintain my boundaries, communicate my needs, or honor my values.

The critical thoughts that came from my ego usually had to do with fear, wanting to make someone else wrong to feel superior, or even projecting onto someone else the character traits I wished I didn’t have.

The first type of critical thought is crucial, since it’s a prerequisite to taking care of ourselves. And sometimes, it may also pertain to taking care of people we love, by speaking up when we see someone mistreating them.

So how do we recognize and avoid passive-aggressive behavior?

The first step is to accept that you have a right to feel angry.

You can still be a positive person and feel emotions we typically label as “negative.” And you can be a loving friend, girlfriend, boyfriend, wife, husband, mother, father, son, or daughter while feeling anger in response to something the other person has done.

Trying not to feel angry doesn’t make anger go away; if anything, it makes it more powerful.

The next step is to foster self-awareness about what it is you need, or want to express.

If you don’t realize why you’re angry, it will be impossible to communicate it to someone else.

When you’re feeling something that confuses you, step back and take the time to ascertain the deepest root problem.

Are you really angry about a comment someone made, or does it have to do with something you assume that comment means—for example, that your friend doesn’t respect you?

Are you really upset over one thing someone failed to do, or is it about a pattern of behavior that you think means something—for example, that your significant other doesn’t take your needs seriously?

Ascertain exactly what’s bothering you, not just on the surface but also underneath the event itself.

Of course, it could be just the surface level behavior—someone didn’t do what you expected that person to do, and that upset you. (It’s worth noting, once again, that other people can only meet expectations if we express them clearly.)

Once you know why you’re angry, ask yourself: Do I have a constructive intention in expressing these feelings, or is this coming from my ego?

The last step is to have the courage to be clear.

This isn’t always easy, especially if you’re a recovering people-pleaser like me. Owning your opinion or directly expressing your needs opens you up to a potential confrontation. But confrontation isn’t always a bad thing.

It doesn’t have to imply an argument or an attack. Confrontation can be direct and respectful—and even when it’s not couched with words that imply positivity.

It’s perfectly valid to say, “When you don’t return my calls for days, I sometimes assume that means you don’t see me as a priority.”

That’s a lot clearer than saying, “I probably shouldn’t even say anything, because I know you’re really busy and you have a lot on your plate!” While this might seem more positive and understanding, it doesn’t communicate your feelings. And communicating your feelings is integral to addressing them.

This is something I’ve been working on for a long time, and admittedly, I still struggle. When you’ve spent years being passive-aggressive, it can feel like a knee-jerk reaction.

But I know one thing for sure: Every time I am clear and respectful about what I feel, I feel proud of myself for having the courage to own that. And every time I resolve an issue that might grow if left unaddressed, my relationships feel stronger.

The woman who left that comment on the post, I know she’s a lot like me—and all of us, I imagine. We all feel strongly when we believe someone is attacking or judging us, or someone we care about.

For me, that was the learning experience—the reminder that we’re allowed to feel what we feel, and we’re most effective when we communicate it clearly.