Post-Traumatic Growth: How Pain Can Lead to Gain
By Paula Stephens 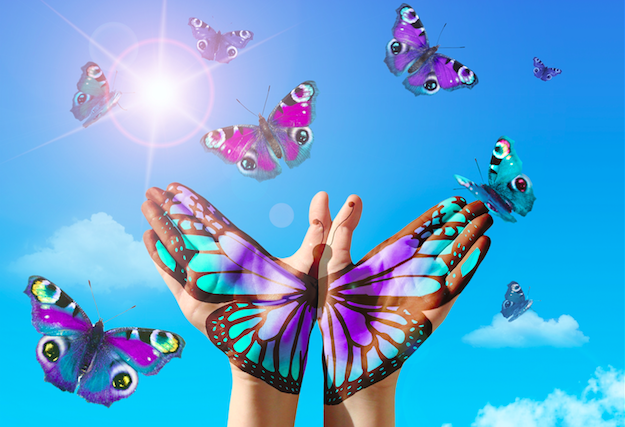 It’s been over five years since the unexpected death of my oldest son. The first couple years were fraught with depression, despair, and a sense of hopelessness like I had never felt before. I even kept a notebook in my purse outlining the plan for how I would ultimately end my life.

It wasn’t until this past year that I told my friends about how close I had been to the edge. After outing myself, I found out they knew way more than I gave them credit for in that first year, and were often on suicide watch (despite the fact that I thought I was being so coy).

Recently I was talking to a friend about my “list.” It included the things I wanted to have done before I ended my own life (I’m a bit of a planner). Some items were practical things, like “clean the house” and “have the laundry done,” but it also included emotional things, like “write letters to my family” and “distribute special personal items.”

My friend roared in laughter (not the response I expected) and said, “I’m so glad Brandon (my son who died) kept having you add stuff to your list—you’ll never have all your laundry done!”

I had to agree, there was no doubt that my angel son, Brandon, had been scheming, along with my other friends, to keep my head above water until I could learn to swim on my own.

As horrible as those early months and years were, they also led me to deeper spiritual and emotional growth than I’ve ever experienced in my life.

For me, the loss of my son led me to find my secret super soul powers. For you, it might be a divorce or diagnosis that shook your world to the core and forced you onto the path of what professionals call “post-traumatic growth.” Yes, post-traumatic growth is a real thing!

Learning about this powerful shift that happens when we’re open to seeing the growth behind tragedy allows us to use these events to evolve into a better, more soul-filled version of ourselves.

Post-traumatic growth has an organic, innate quality about it, but we have to know to look for it or we might miss it.

Psychologists Richard G. Tedeschi and Lawrence G. Calhoun originally researched post-traumatic growth (PTG) in the mid 1990’s at the University of North Carolina at Charlotte. The researchers found that 90 percent of individuals who experience a traumatic event exhibit as least one factor identified as PTG.

The five cornerstones of PTG include:

You may not feel like you’ve changed in all these areas. It’s common to experience your PTG in one or two of them.

For example, I have a friend who became one of the first women to run the length of the Colorado Trail (486 miles), in order to raise awareness for Parkinson’s disease, after her sister was diagnosed with the disease.

This is an example of seeing new opportunities and developing an increased gratitude for life. Although I would guess there was also a connection to spirit during those long days on the trail!

When I speak on this topic I often share the famous icons of PTG—superheroes like Batman and Spiderman, who both were moved to act on their PTG after the loss of a loved one. (Okay, Spiderman had the added benefit of superpowers, but still!)

Or we could talk about the woman, Candy Lightner, who started Mothers Against Drunk Driving (MADD). The death of her child propelled her to create a drunk driving movement that we’ve all heard of.

One of my most healing shifts came when I began to feel deep compassion for others who were suffering, and also tapped into gratitude for the beautiful life I still had to live and for the blessings that occur daily when I tuned in to them.

I have also felt a shift on focusing on what is really important in life and being able to let go of thoughts that no longer serve me.

Two of my other sons, Brandon’s younger brothers, recently took a year and travelled to Australia. They have both said to me they realize there are no promises in life and want to experience all they can.

How Can You Tap into PTG for Personal Gain?

The simplest place to start is checking in with yourself to see if you are stuck asking yourself why something happened to you. If you continue to struggle with a question that, even if it were answered, would not change your current situation, then you start with shifting from the “why me” to the “how.” How can you make something good come of this?

Remember PTG has an organic element to it, so to help you begin to practice PTG in your own life, start with the most natural shifts. When you consider the five areas above, which one to you feel most drawn to? Perhaps there is one that comes more natural to you.

For example, have you always felt a connection to spirit? If so, lean into your growth by finding ways to explore your relationship to a higher power.

Is a part of you that has wanted to take a trip somewhere, but it always felt out of reach or not possible? Why not explore how to make it happen this year? Life is precious; find a way to act.

I would also encourage you to begin noticing how others you know have shown PTG. Think of friends or other people who handled a crisis in a way that makes you take notice. What action did they take or how did they change themselves?

PTG has the capacity to take us beyond simply adapting to our current situation. It takes us to new levels of consciousness and being that weren’t available had we not experienced our life event or trauma.

Think of this as not just making lemonade from your lemons, but having what you need to create a decadent, gourmet, and sweetly delicious lemon chiffon cheesecake with a raspberry swirl topping!

How to Reap the Benefits of Post-Traumatic Growth