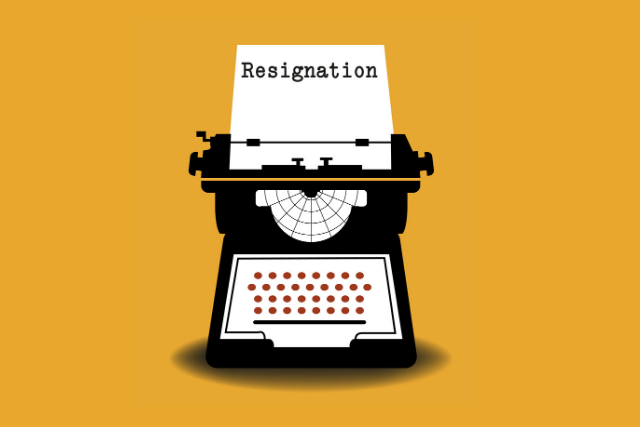 When I accepted a position with a small company, I thought I had found everything I wanted: challenging work in my field, flexible hours, a laid-back atmosphere, and a short commute.

My new job seemed to be perfect, but soon I realized it wasn’t.

While I loved the kind of work I did, the “casual” atmosphere ended up being too casual. Hearing racy jokes and mocking comments became part of my workday. The jokes seemed to become more offensive as days went by.

Then the gossip and criticism started.

When I expressed how uncomfortable I felt, others called me “too sensitive.” I promised myself to develop a thicker skin and stick with the job.

As time went by, my body started to show the effects of the negativity in my office. I had trouble sleeping and felt nauseous every morning on my way to work. I watched the clock several times a day, wishing for the day to speed up so I could finally go home.

That’s when I decided to quit.

You might be toying with the idea of leaving a job, a project, or a relationship. You might have already left. When you quit something that is not serving you, you take a healthy step toward joy and fulfillment

But that’s not the end of the story. Quitting can produce a fair amount of guilt. Why? Because our society teaches us to “never give up.” If we’re “quitters,” we are supposed to feel bad about ourselves.

How to do what is right for you without experiencing guilt or shame?

Ask yourself if you’ve exhausted all resources.

Did you express your feelings about the negative situation? Did you take a good look at the role you played in what happened?

After months of tolerating a toxic work environment and trying to change the situation, nothing changed. I realized the only action I could control was my own, and I left. I felt at peace because I knew I had done everything I could to make the job work.

Take some time alone to contemplate your situation and what you have done to improve it. You’ll know whether you’ve run out of resources.

Determine why you are quitting.

It’s easy to give up because of fear of the unknown, because someone said you should quit, or because what you want to pursue is “too difficult.”

If you leave your marriage because it’s “too difficult” to work things out with your spouse, or you stop writing because your mother said you’ll be another starving author, you might not only be making a decision you’ll regret, but you’ll be more likely to be plagued by guilt.

Two of my top values are health and respect. It was clear to me that my work environment had violated both, so I felt free to quit.

Push aside fear, negative self-talk, and outside influences. Are you in an environment, project, or relationship that violates your values? If so, you know you can leave without guilt.

I tried to explain to those around me why I was leaving my seemingly perfect job, and I quickly learned I had made a mistake. Telling your friends and relatives why you quit opens the door to argument and criticism.

There will always be someone who will tell you that you’re crazy for quitting, or that he or she knows someone who did what you did and ended up bankrupt or socially ostracized.

You know why you quit. That’s enough.

It’s easy to fall into the trap of overanalyzing, playing possible scenarios in your head, and wondering if you really did everything you could to avoid quitting.

I spent nights lying awake, wondering whether I should have been more vocal about my discontent, or whether I really was “too sensitive.” The result? More time feeling negative emotions. I still came to the conclusion that quitting was for the best.

Overanalyzing will take up valuable time you could be using to plan the next step in your career or personal life.

Focus on what’s next.

Place your attention on what you want to create. A fulfilling and well-paid career? A relationship based on love and respect? An exciting new venture? Paint a detailed mental picture of what you want to achieve, and take action to make it happen.

My experience taught me what I didn’t want in a job environment and motivated me to explore other career options, including the small business I eventually founded.

When you’re working toward something you clearly know is right for you, there’s no room for guilt.

Cloris Kylie, marketing MBA, shows entrepreneurs how to create a strong marketing foundation and connect with influencers to grow a magnificent business. The bestselling author of Beyond Influencer Marketing and the host of "Beyond Influencer Marketing Podcast," she has been featured on network television, top-ranked podcasts, and YouTube shows and websites with millions of followers. Get her guide to connect with influencers at cloriskylie.com/influencer.