Dealing with Rejection: It Doesn’t Mean That You’re Not Good Enough
By Banu Sekendur 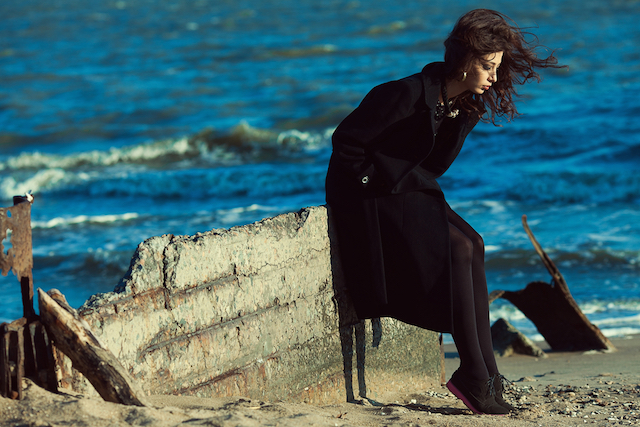 “The best way out is always through” ~Robert Frost

I was trembling as I hung up the phone. He’d dumped me.

It was as if, while I was watching a murder mystery at the edge of my seat, the electricity had gone out. Poof! I wasn’t going to get to see the end of the movie, and I had no control over when the lights would come back on.

I felt the fangs of rejection sink into my heart like a merciless tarantula. My mind, which is normally going 500 miles an hour, came to a halt. Suddenly I felt nothing. Frozen. I had no thoughts. Total shock. The poison of the rejection spider slowly oozed into my bloodstream, paralyzing me in my seat.

“Get up! Get up now!” I heard the voice in my mind say. For some reason, it seemed as if moving could unfreeze my emotions.

I did get up, but stood there as if I was listening to the strange noises coming from the kitchen in the middle of the night. Waiting for someone to tell me that I was “punked” and that he was going to call me back to tell me that it was just a silly joke. Then we were going to make up and live happily ever after. That did not happen.

“We create what we defend against.” ~Marianne Williamson

We had a few close breakup calls before, and I always felt like I dodged a bullet when we ended up in a smooth place. Apparently, we had used up all the close calls reserved for us.

It was official: I was just not good enough. I was too broken to be loved. No one was going to love me forever. Um, can I get that in writing as well? I did. An email followed his phone call. It was as official as an IRS letter arriving on a Friday afternoon.

The words I had dreaded, protected myself against at all costs from the man who had professed his undying love for me: “Banu, you are too this and that. So I am out.” He said he was sorry.

Clingy is not sexy, nor is desperate. I had become both. All because I had not done the work to correct a limiting belief that runs in almost every human being on the planet: I am not good enough.

In the following days and weeks, as my emotions defrosted in the scorching heat of heartache, I felt a strange sense of relief. Finally, it had happened. I was still alive. Still breathing. Still able to work, bathe, and feed myself.

There was no news coverage on CNN about how my heart was broken, nor did the ending of my relationship break the Internet. Life went on for everyone as usual, except for me. It was the beginning of my freedom and I didn’t know it.

I had feared being broken up with all my life because, deep inside, I believed that I wasn’t good enough. That belief was so deeply ingrained in me that I had finally created it.

I was always the one to end a relationship because the fear of the other shoe falling would tap out my nervous system sooner than later. The guy could barely recognize the confident woman he fell in love with, who now was an emotional wreck, clinging to him for dear life.

“A person often meets his destiny on the road he took to avoid it.” ~Jean de La Fontaine

I am convinced of one thing: People come into our lives as mirrors of who we are.

If we don’t recognize our worth, causing us to seek validation and approval from others, the world mirrors that, and we meet people who don’t see our worth either.

Rejection seemed like death to me. It was. It was the death of my old self and the birth of a new era of new choices, thoughts, and beliefs about my own self-worth.

It was unfair to tie my sense of self to the approval of one man. Unfair to both parties, in fact. What if he had died in a car crash? Was I going to become worthless then?

The gift of getting dumped was that I saw that I could still stand on my two feet and manage not to turn to drugs and alcohol to numb the pain. I allowed myself to feel, journaled to process what was coming up, and paid attention to the self-negating stories I was telling myself.

You would think that it would be devastating when you are rejected for the very things that you perceive are your biggest flaws. It wasn’t.

The blessing is that, once we get through the disappointment, anger, and pain, if we are willing to look at the truth of the situation, we will find the door that has been left unlocked, leading us to freedom and our self-worth.

And it is not the “He was a jerk anyway; it’s his loss” kind of freedom. It’s the “I am worthy of love, and I’ll be darned if I leave my sense of worth in someone else’s hands again” kind.

It’s about making a commitment to value ourselves, and living as if we do. This affects our choices, from what we eat, what we wear, and how we behave to how fast we get up after we fall.

“The world is a mirror, forever reflecting what you are doing, within yourself.” ~Neville Goddard

Looking back, I could see that I had set myself up for rejection so that I could learn that my own self-rejection hurts more than someone else’s.

I had been unknowingly rejecting myself for the things he recited as he said his final words. He was a perfect mirror.

And the healing wasn’t going to come from someone telling me how wonderful I am fifty times a day. It was goi­ng to come from me believing it and living it. The importance of self-love and self-appreciation was the lesson.

Through this experience, I got some insights into rejection by a love interest, which you might find helpful:

Even the hottest, most intelligent, most successful people on the planet get cheated on or broken up with. If you think that your size 10 body, your negative bank balance, or your dead end job are the reasons why you might be rejected, think again.

If physical perfection or success could guarantee that we never get broken up with or experience heartache, no fashion model or mogul would know what rejection feels like. That’s not the case, is it? It’s a common human experience, and though it can be painful, what hurts more is the belief that rejection says something about our worth.

2. Trying to be something we’re not just to please someone else is essentially rejecting ourselves.

Because then we don’t get to discover who we are and be that person. We get stuck in the role we know they want us to be. We cheat ourselves of an authentic existence.

What people like or need is strictly personal to them and dependent on where they are in their lives. If someone rejects you because they want something else, that doesn’t mean there’s something wrong with you. It just means they’re not the right match for you.

3. Once you experience rejection and work through it, the fear loses its sting.

If someone chooses to not be with you anymore, and you use the experience as an opportunity not to reject yourself, you are getting to a place where you will know that you will be okay no matter what.

You get to a place where you think, “Too bad it didn’t work out. I can see what I need to heal and change more clearly now. It hurts, but I am okay.” You can only go up from there. Unfortunately, we can’t get there without going through it.

“The best way out is always through.” ~Robert Frost

Rejection is a part of life. If you have experienced it, consider yourself lucky. You now know that you can survive it. If you have not, believe me when I say this: You will be okay. And perhaps, as it did for me, rejection can lead you to a deeper sense of self-love and self-acceptance.

Banu is an intuitive coach and a healer. Her passion is removing emotional, mental, and energetic splinters that create blocks to joy. You can connect with her on her website and her budding Facebook group Heart Alchemy Crusaders.