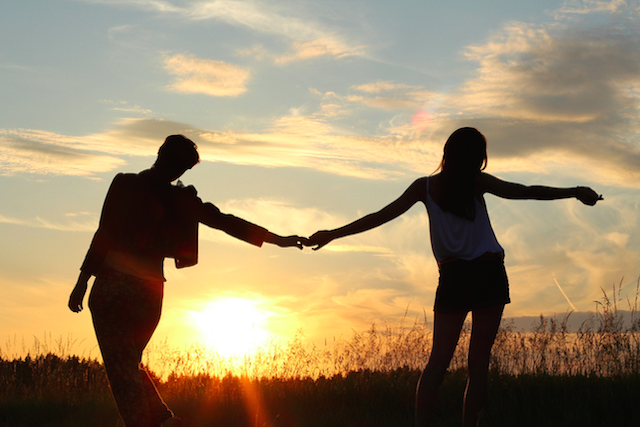 “I would rather have a mind opened by wonder than one closed by belief.” ~Gary Spence

Right after college, I joined AmeriCorps. Not really knowing what I wanted to do with my life, I decided to apply for a program teaching classes on HIV/AIDS. I knew a little about the subject, but I have family members affected by the disease.

A couple of cities hosted the program, and I was accepted into the Chicago one. I’m from a small town in Colorado and, to me, Chicago was a huge city. Well, it is the third largest city in the US, but as people will tell you, it’s no New York City.

After receiving extensive training and settling in, I was assigned to a drug and alcohol rehabilitation center mostly serving low-income minorities. I was a part of the health education unit.

One of my first classes was to teach a group of incarcerated men transitioning back into society. I was going to teach them about HIV/AIDS and sexually transmitted diseases.

Admittedly, I was nervous. Why would any of these guys pay attention to me? Are they even going to like me? These thoughts were racing through my head.

I remember walking into the classroom for the first time. It’s one of those moments you can vividly remember every detail of. Imagine a young white kid, plaid shirt tucked in, walking into a room of mostly African American men from poor Chicago neighborhoods.

As I awkwardly walked into the room, everyone went silent. Perhaps it was my perception of that moment, but I have a distinct memory of the room falling silent and heads turning toward me. As a quiet guy, it was not something I reveled in.

I can only imagine who they thought this nerdy looking guy was and what he was doing there. In that moment, I asked myself the same question. I was scared.

As I made some small talk and introduced myself individually to them, the class started. Talking to people I didn’t know was hard enough, so this was a huge step for me.

As I took a deep breath and tried to fully immerse myself in that moment, I said something that, looking back, would set the tone for the entire duration of the class.

I said something like this: “As you now know, I’m going to be teaching you all about your health. But, it’s not about me teaching you. You all know a lot more than I do, and I want to let you know that I’m also here to learn from you.”

The room fell silent for a couple of seconds. Then, one of the guys in the back of the room yelled, “Shawn, that’s not a problem. After I get out, I’ll give you a tour of the South Side. You’ll learn a lot real quick!”

Other guys starting chiming in and laughing. I didn’t know if they were laughing at me or with me. But then, another guy reassured me and said, “Shawn, you’re going to do just fine. You’ll fit right in.” They welcomed me in and I felt at ease, like a weight was lifted off.

Through this experience, I learned an important lesson about the human condition and personal relationships.

I could have taught them all the facts in the world about HIV/AIDS and what they should and should not be doing. Anyone can do that. But to connect on a deeper level, to truly understand them, I had to remove my own biases.

It was the first time I actually had to put myself in someone else’s shoes. I had to see things from their perspective before I could teach them anything. I had to truly understand where they were coming from. I had to understand their struggles, triumphs, and wisdom.

There is a great story about a professor visiting a Japanese Zen Master. The professor wants to learn about Zen. He arrives and the Master begins pouring him a cup of tea.

As the cup fills up, the Master continues to pour until the cup is overflowing. Astonished, the professor exclaims, “The tea cup is full. Why do you keep pouring?!”

The Zen Master says, “You are full of knowledge. But before you learn Zen, you must first empty your tea cup.”

For many years, I didn’t truly understand this lesson. Intellectually, I thought I understood the concept. But in that moment in Chicago, I experienced it. Looking back, I didn’t connect the lesson to that moment. It just felt like the right thing to do.

To connect with people on a deeper level, you have to empty your own tea cup. Whether you are a son, daughter, mother, father, partner, spouse, teacher, student, mentor, coach, or supervisor, you have to be open to the wisdom of other people rather than intellectually try to figure them out.

Over the next couple of months, we all grew closer together and they taught me more than I could have ever taught them.

They had the experiential knowledge and the real world experience. They were open to learning the intellectual knowledge, but if I hadn’t let them know I was open to them, it could have easily become one-sided.

I could have talked at them instead of with them.

On the last day of class, we had some fun and talked about what we all learned in the class.

At the end of class, the same guy on the first day of class spoke up again. “Shawn, don’t forget about our tour of the South Side.”

We all laughed. We wished each other well and parted ways.

Some of those guys I would see again in the building, and I often stopped by to say hello. I hoped the best for them, even though many of them (as they informed me) would end up back in the system.

I never did see the man who offered me a tour. I frequently wonder if he ever made it. I may have taken him up on his offer.

Those guys probably don’t remember me now, but I will never forget that experience and the wisdom they shared.

We all connected on a deeper level, and a room full of strangers became some of my greatest teachers.

Shawn McKibben is a personal development coach and founder of simplefellow.com, a website dedicated to teaching ambitious introverts how to be less socially awkward and have better conversations. He loves to teach, as well as learn from others, and has lived in four major US cities doing just that. Currently, Shawn is giving away his 21-page eBook, “An Introvert’s Guide to Engaging Conversation.”

How to Calm Morning Anxiety by Mindfully Drinking Tea