A Simple, Tiny Exercise to Help You Make a Big Change
By Colisnicencu Daniel 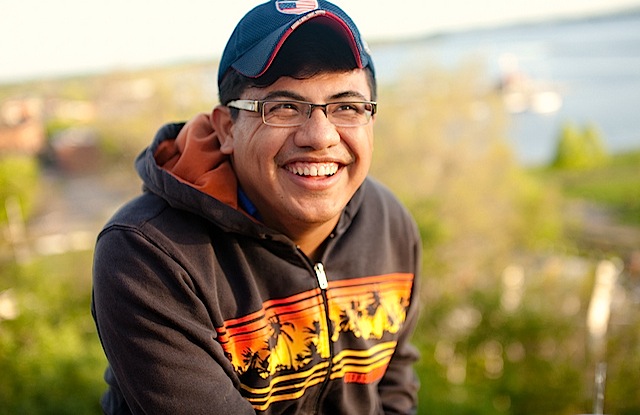 Growing up, I never had that many friends. The concept of best friends is still foreign to me. For the first seventeen years of my life, I found myself happier alone than in the presence of other people.

I wanted to join them; I just didn’t know how.

In order to protect myself from people I’d rather not mention, I decided to join a karate class. For the first time I belonged to a group that was slowly starting to accept me.

In the months that followed, I began to go out with them. It was awkward at first (and didn’t seem to get any easier). I had several short nervous breakdowns out of pure frustration. I would often get home feeling like a truck had run over me.

What annoyed me the most was that even though I would hang out with friends, I couldn’t express myself. I couldn’t think of anything to say and even when something came up, I just said it to myself.

I knew that wasn’t me.

I was the loudest guy on the block in my neighborhood. I never ran out of things to say. I didn’t feel any pressure whatsoever. However, in this new group (or any new groups for that matter), I simply shut down.

One night we were out at a bar. It was karaoke night but nobody volunteered to sing, so we sat at a table to chitchat.

I found myself sweating and shivering for no reason. I couldn’t keep eye contact with anyone. Opening my mouth was out of the question. I got home feeling like my head was collapsing in on itself.

That night, I literally interviewed everybody I could find online trying to figure out “how normal people think.”

I picked a bunch of random friends on messenger and asked them something along the lines of, “What do you think of when you are alone and there’s nothing else to do? Do you think of practical matters or just imagine random stuff?”

I forgot most of the answers I received—all but one.

My Kyokushin instructor, someone I looked up to and still do, answered, “I think of how to grow the club, of how I can spread Kyokushin karate.” A couple years later, this man became the chief of the Romanian branch of the World All Kyokushin Karate Union.

The next day, my friends were whispering behind my back.

I heard my instructor saying to a colleague something along the lines of, “Take it easy on him. I think he had a mental breakdown.”

He was right. I tried to pretend like I didn’t notice, but he was right.

The only bright side to these breakdowns was that after each one, I became a little bit stronger. I gained more self-control. I became accustomed to the situations that caused them.

After a while, they stopped happening. It was still a pain to talk sometimes, but nothing serious. After too much socializing I felt the need to be alone, but even that started to fade away.

The awkward feeling in my gut and the excessive self-consciousness popped up less and less often.

I still couldn’t find anything to say, but it wasn’t because of feeling awkward. It was simply due to my lack of experience in the art of chitchatting.

These days the negative feelings related to socializing are pretty much gone, and whenever they resurface I just brush them aside.

I can’t say I’m an expert conversationalist. I’m a long way from that but I can say whatever I want, whenever I want.

I can laugh out loud for the whole world to hear. I can speak my mind in the middle of a bus full of people and watch them stare at me. I can look someone straight in the eyes. I can instruct a class of kids in the art of Kyokushin Karate.

And these days, even though I need my alone time, I also need my social time. If a couple days go by without talking to people, I lose focus and energy. I feel the need for connection.

I used to be so shy that my head would literally shake like a leaf when trying to speak to strangers. I had to take a thinking pose so I could support my head with one of my hands and make it less obvious.

It’s been months since I last had to take a thinking pose (though these days I just do it out of habit).

The personalities we form in our childhoods have a lot to do with the environment we grow up in.

We end up shy or outgoing, strong or weak, a leader or a follower. This is not who we are. This is what our environment shaped us into.

But that can be changed.

You can choose who you want to be and then grow into that person.

Decide right now who you want to be in five years. Then grab a piece of paper and write it down in as much detail as possible.

What traits do you want “future you” to have? Write it down.

How will future you make a living? Write it down.

What contribution will you bring to the world? Write it down.

Once finished, grab one more piece of paper and write your future self’s first trait on top of it.

Bellow, write down twenty ideas on how to get there. Do the same thing with all the other traits.

After a while, you might notice you’ve written the same idea for multiple traits. These are the ideas you want to act on. Choose the easiest (or hardest) and do it now.

Socrates once said, “In order to reach mount Olympus make sure that every step you make is leading you in that direction.”

Each idea you come up with and act upon will bring you one step closer to your goal, and eventually, you will reach it.

Take a few minutes to do the exercise above and make your first step, for it is up to you to choose your path.

It is up to you to move your feet—so get moving!

Colisnicencu Daniel is a teacher, karate-ka, aspiring writer and entrepreneur. Four years ago, he discovered personal development and vowed to change his life. How many adults have actually grown up and how many of us are overgrown babies? Learn how "big" you actually are at his website: www.growupproper.com.

What to Do If You Feel Trapped by Your Circumstances

That Big Life Change Won’t Be Satisfying If…