When Something Has to Change: How to Push Yourself to Take Action
By Megan Forrest 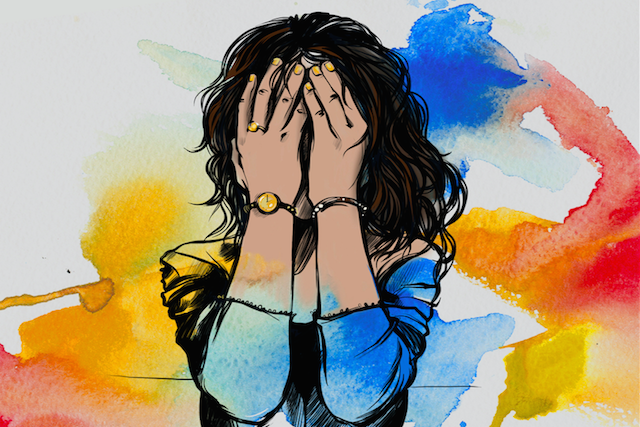 “The truth you believe in and cling to makes you unavailable to hear anything new.” ~Pema Chodron

At some point, there comes a defining moment when you know beyond a shadow of a doubt that you just can’t keep living the way you’ve been living.

You know that something has got to give and realize that you only have two options—either change or stay the same.

The idea of having to choose either one of those options feels absolutely unbearable, so you find yourself trapped between the two, in this awful purgatory of indecision.

That’s exactly where I was trapped: unable to stay in an unhappy marriage, and unable to leave it.

The prospect of changing required the long journey inward, having to look at myself honestly and courageously and do the things I was afraid to do.

To change meant that I had to leap into uncharted waters, not knowing if I’d sink or swim. And in the face of that, I was easily lured back to the comfort of the familiar.

I was quick to reassure myself that even in my unhappy situation, with all of its heartache and suffering, at least I knew what to expect. And that thought was comforting.

In precise tandem with that thought was the awareness that if I couldn’t bring myself to leap off the cliff to change, I would be stuck living life in this state of unhappiness and dysfunction. And that thought was terrifying.

I couldn’t stay where I was, but I was too afraid to move forward.

This purgatory of indecision was an awful place to be. It was filled with its own unique despair. It was fraught with doubt, shame, anger, and huge amounts of fear. But in spite of that, it still wasn’t enough to propel me in any one direction.

I was stuck in this purgatory for years. Eventually, I came to understand that my thoughts and beliefs didn’t actually come from me. They came from the very loud and dictatorial voice of my codependent mind.

It had become so loud and powerful that it had all but drowned out my own voice. One of its most potent functions was to convince me that every terrible thing I told myself about myself was the gospel truth.

I’ve learned to think of my codependency as a seed—and the same analogy applies for addiction, depression, and other struggles.

There sits the seed of it, buried deep in our brain. And in some of us, at some point, something will happen to trigger it.

That event acts as the water it needs to grow. If it’s allowed to set its roots down, it continues to grow stronger and stronger. The voice of that dysfunction slowly and steadfastly takes over and begins to drown out you.

Eventually, this dysfunctional voice is the only one you hear, and so you recognize it as you, but it’s not.

I think of it as two minds—my mind and the codependent mind. My co-dependent mind had grown so big, and its roots so deep, that it was calling all the shots.

The mind of any dysfunction, regardless of where it originated, has its own unique sets of toolboxes. In my case, my codependent mind was a master at using fear and self-doubt to create confusion.

Fear, along with self-doubt, whispers “you’re not good enough” or “you are not worthy,” and insists, “you can’t trust what you feel or what you think,” thereby creating all kinds of space for confusion to reign.

Daily, my codependent mind reminded me that I was inadequate, unlovable, unworthy, and incapable. And as the codependent voice got louder and louder, it eventually became the only voice I recognized and heard.

But here’s the thing: The secret to silencing that voice of dysfunction is to challenge it. We must disbelieve what it’s saying.

The problem was that any attempt at disagreeing with what my codependent mind created huge amounts of anxiety and fear.

The thing you need to know is that anxiety is the superpower of any dysfunction. It uses our disdain and discomfort for feeling anxious as a way of staying in control. This is what makes it so clever and difficult to outwit.

And it was this desperate need to avoid feeling anxious that kept me from challenging my codependent thinking.

As tough as it may seem, to be able to change your beliefs about yourself, you need to disbelieve what that voice of dysfunction is telling you, and do the very thing you think you can’t do.

As you challenge it, you will experience anxiety and fear. But no one has ever died from feeling anxious or afraid. Ever.

Feeling anxious or afraid will not kill you. But it will free you from the life you are trapped in, and from the incessant voice of your dysfunctional mind.

I began by deciding to actively disbelieve any negative or unkind thoughts I had about myself.

If they didn’t lift me up, I disbelieved them. Martha Beck, author and monthly columnist for O, The Oprah Magazine says: “All thoughts that separate you from genuine happiness are lies.” That became my daily mantra.

As I practiced this new way of being—refusing to believe those negative thoughts as gospel truth—slowly but surely, my thoughts and beliefs about myself began to change.

The more I decided I was lovable and worthy of love, the more confident, assured, and certain I became of who I was, and the more clearly I could hear my own voice.

You must decide that you will no longer trust the voice of dysfunction. And once you do, I promise you, it will begin to retreat, and your voice—the voice of self-love, truth, and wisdom—will become loud and clear.

Megan Forrest is a relationship coach at www.meganforrest.com. She works with women who have difficult relationship issues. She mentors and teaches women how to create healthier relationships, starting first with the relationship they have with themselves.