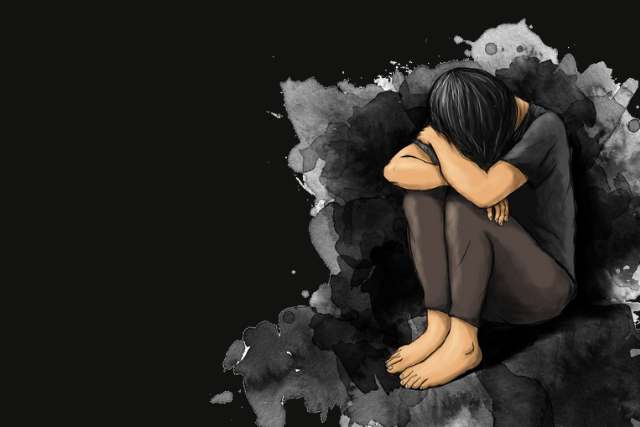 “Life is a process of becoming. A combination of states we have to go through. Where people fail is that they wish to elect a state and remain in it. This is a kind of death.” ~Anais Nin

Since I was a little girl I have believed in the power of wishes. I’ve never missed a first star, a dandelion plume, or load of hay (load of hay, load of hay, make a wish and turn away) to express to the universe my deepest desires.

When I was fifteen and my dad was at the end stages of cancer, I would wish on the first star, not to save him, but to plead a peaceful end. Since my oldest son passed away very unexpectedly in October of 2010, I have made hundreds of wishes to remember every detail I can about the boy who was the other half of my heart.

In the three years since Brandon’s death, I believe my wish to keep his memory alive have been answered by learning to turn my “whys” into “hows.”

Asking “why” isn’t one of the official stages of grief, but maybe it should be. Anger and denial get all the attention, while getting stuck in the “why” freezes you in your tracks and prevents any opportunity for growth or movement toward healing.

Not being able to let go of needing to know “why” forces you to focus on the rear view mirror. It keeps you in the past and prevents you from living in a way that honors the person or thing you have lost.

It’s in my nature to ask why. “Why” can be a powerful question that leads to clarity and progress. It can also be a roadblock in the one-way traffic of life.

Life doesn’t come with reverse, only neutral and various speeds of forward progress. “Why” firmly plants us in neutral, and that’s where I was in the months after Brandon’s death.

I obsessed over the “why.” My brain whirled at sonic speed looking for it. I assumed if I found the “why,” I would find comfort and would be able to pick up the pieces and move on. I came up with elaborate theories of why Brandon died.

Brandon was home on leave from the Army when he passed away, but was scheduled to be deployed within the next few months. I spun that into my favorite “why theory,” that dying at home saved him some horrible combat death in Afghanistan.

It made me feel better, briefly, but I was still left with the bigger question that would never be answered—why did it have to happen at all?

“What’s your why?” has become a motivational catch phrase. I remember seeing an inspirational quote on Pinterest after Brandon died, with a picture of a scantily clad, fit chick with “What’s your why?” typed beneath her sculpted abs. I shouted at her in the quiet of my room to eff-off—my “why” died!

“What’s your why?” sounds absurd to the grieving person, and it’s not comforting!

Not only had my “why” died, I also found myself pleading with the universe for the explanation to “why this happened. “Why” is a question with no answer when it comes to loss. “Why” offers more questions than comfort.

Another word that isn’t included in the official grief process, but again, I think it should be, is “how.” “How” explores possibilities. “How” shines a light into the future. Exploring “how” to live a life that honors the memory of my son made my wishes come true.

After realizing being stuck in “why” would never ease the pain of losing him, I began to realize that how I live the rest of my life is the outward manifestation of my son’s spirit.

It is the only way anyone will ever get to know my son, and the only way I can keep his memory alive. If I continued to live in the “why,” I would diminish his memory, but by living in the “how” I magnify his memory by my actions.

It doesn’t make the grief go away; rather, it ignites my grief as a powerful vessel for change.

My “how” is manifested in cultivating a life of adventure and using radical self-care to ensure that I have the energy to embrace a life that reflects Brandon’s best qualities.

It is a labor of love for my son that I embrace life, take risks, be courageous, pay it forward, and act in a way that makes people ask what I’ve been smoking. My actions are how I keep the memory of my son alive; it is how my wish has been granted.

If you or a loved one is stuck in the “why,” let it go—it simply doesn’t exist. It’s time to live in the “how.”