Your Story Matters More Than You Think
By Shirin Shoai 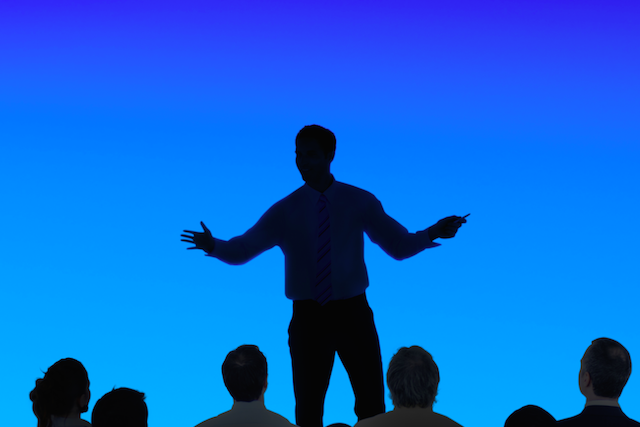 When it comes to taking on a creative endeavor—or even just putting ourselves out there in ways large and small—one of the (many) ways we get ourselves stuck is by saying we don’t have anything new to offer.

What am I adding to the conversation that hasn’t already been said, we ask. This has been done to death, we worry.

Such a disservice to our own unique voices, I say. Not to mention the people who need to hear them.

I was the type of student who rarely spoke in class. I was engaged and excited by the material, but when it came to discussion or asking questions, I was so afraid of looking stupid that I typically clammed up—so much that a high school classmate of mine, a good friend, once yell-whispered “Say something!!” to me during a heated class debate in which I was anxiously silent. (That didn’t make things better.)

What I came to notice, though, through high school and beyond, was that people would often ask questions or make observations that I’d been thinking of, but that hadn’t occurred to me to say. And then I’d get annoyed that I hadn’t!

There, again, was the belief that I had nothing new or interesting to say. The fear went deeper, though: in all the ways I felt different, I worried that no one could relate to me. By remaining silent, I believed, I could avoid the pain of feeling rejected, or conversely, avoid the anxiety of having to discuss life circumstances that felt overwhelming.

Whether from others or within myself, the threat of rejection was everywhere. And so for years I unconsciously dismissed my opinions before they fully surfaced in my mind; but they were validated whenever someone echoed them.

Your experience matters more than you know, and sharing it could create the permission someone else needs to do the same.

It’s true: there’s a whole lot of similar content out there. We want to learn something new, be inspired, feel something special, be moved—and so we judge, because we feel cheated when we don’t get that.

We have all sorts of ways of writing off “derivative” work. And if we happen to have already started telling our stories publicly (as I have recently, finally!), the internal pressure to keep it fresh can threaten to stifle us further.

Gradually, I’ve learned that what we’re really seeking is integrity—the spark that comes from getting fired up about something and letting people see us there.

No one’s gotten your perspective on a topic yet. No one’s heard it the way you’d say it.

Even the most done-to-death idea might be waiting for you to breathe new life into it, because you approach a subject with your one-of-a-kind combination of life experience, personality traits, and philosophical leanings.

Your worldview, and your work, is yours alone. But your vitality is contagious, as is the courage you demonstrate when you bring it.

In reality, you don’t know what others have seen or heard or experienced. Your audience is largely unknown—particularly if your goal is to connect beyond your immediate circles.

If you’re bored by your work, that’s one thing; if you stall because you’re concerned about others’ judgment, understand that judging yourself first doesn’t serve you (as protective as this may feel).

Yes, we want a positive response; but releasing your honest work into the world is gratifying for its own sake. If your inner critic prevents you from doing even that, you’ll never get to know the positive impact you might make.

You’ll never feel the joy of hearing how your work has led someone to think of something in a new way; the warmth of learning that your work has come into someone’s life at just the right time; or the thrill of seeing how your ideas have inspired people to do something similar!

Creating, self-promoting, or speaking up might take time, but it’s worth it.

So, shy folks, if you feel moved to comment on something, go for it, because the passion that’s prompted your voice—and the vulnerability it takes to offer it—is what people want to feel.

Speaking your heartfelt truth is deeply satisfying, both to do and to witness. And, paradoxically, it’s that sharing of yourself that lets us all feel more connected.

A San Francisco-based psychotherapist, Shirin Shoai loves helping people become more fully themselves, particularly those working through anxiety, life and career transitions, relationships, and self-esteem. She provides a nonjudgmental, growth-oriented space for you to become the person you’re meant to be—while appreciating the richness of who you already are. Learn more at Restorative Psychotherapy.