The Gifts of Empathy: We’re Not Alone with What We’re Feeling
By Nicholas Montemarano 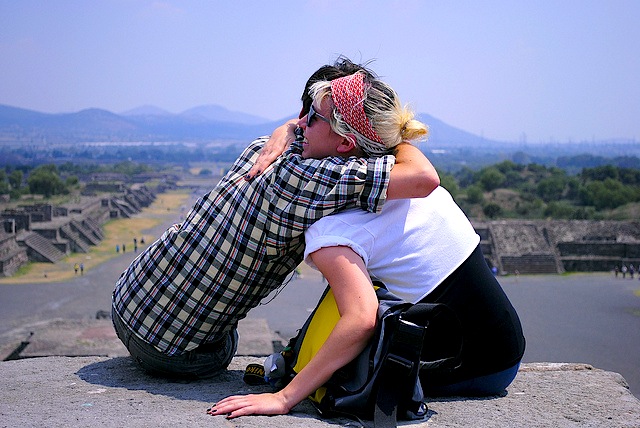 When asked why I write fiction, I used to say, “Because I enjoy writing and revising sentences” or “Because I like practicing an art I’ll never perfect” or “Because I love to read.” All those reasons remain true, but my answer has changed.

The most important reason I write stories, and read them, is to practice empathy.

Too often in real life we keep aspects of our true selves hidden and miss an important opportunity to connect with other human beings.

How many times has this happened to you? You run into a friend, sometimes a close friend, who says, “How are you doing?” and you say, “Good! How are you?” and the friend says, “Good!” Meanwhile, you’re not doing well at all, and later you discover that your friend hadn’t been doing well.

Recently, I tried something different. When a friend asked how I was, I told him the truth—that I’d had a difficult week.

He said, “I’m sorry to hear that. I know a few other people who had a rough week.” He waited to see if I wanted to share more, but didn’t prod. Then he said, “Hey, I hope you have a better week next week.” I could tell that he meant it, and that made me feel a little better, a little less alone.

I’m not suggesting that we all become confessional and reveal our secret struggles, fears, and pains with everyone we meet. But I am suggesting that you don’t have to feel alone. When you take a chance and share a hidden part of yourself with someone, it’s amazing how often people respond with, “Me too.”

I was having dinner with a close friend the other night, sharing with him about a difficult time in my life, the most difficult, when I had hurt someone I love very much.

It’s a time of my life about which I have deep regret, even though I have done everything I can to make amends. I said to my friend, “The hard thing is that people used to see me a certain way, but now they see me another way.”

My very wise friend said, “Nick, we all carry a card in our pocket.”

I didn’t know what he was talking about, but then he explained. What he meant was that we all carry around private pain and regret and fear—the things about ourselves we’re most afraid to let others know.

He pretended to pull a card from his pocket and present it to me. “We all carry around cards,” he said.

So I pose the question now: What is written on the card in your pocket?

A useful exercise is to write what your card would say, then ask yourself: Do I believe that I’m the only person in the world carrying around a card that says this? What would I say to someone right now who handed me a card that says exactly what my card says? Would I judge that person, or would I embrace that person, take out my own card, and say, “Me too”?

This is especially useful to keep in mind when someone mistreats you—when a driver cuts you off then makes a crude gesture, when a co-worker talks down to you, when someone you love is unkind.

By no means should we stand for unkindness or abuse, but once we’re removed from the situation, it can help to remember that all people carry around cards of suffering, even if we may not know what their cards say.

It can be easy to judge or pity others when they reveal their cards. Judgment and pity, because they fail to recognize what connects us, are barriers to true empathy—the ability to understand and even share the feelings of others.

It’s important to remember: Whatever someone else is going through, or has gone through, someday you may too. Anything can happen to anyone at any time.

One reason twelve-step programs can be so effective is that they are built on empathy. There is no judgment, and there are meant to be no secrets or shame. Strangers walk into a room and lay the same cards on the table.

I want to end by coming back to storytelling and empathy. There’s a wonderful novel by the writer Kevin Brockmeier called The Illumination in which people’s pain, whether physical or emotional, becomes visible as a bright white light others can see.

Pain, something all human beings have in common, becomes the most beautiful thing about us.

Brockmeier, who is one of the most empathetic storytellers I’ve read, has a short story called “A Fable with Slips of White Paper Spilling from the Pockets” in which a man finds God’s overcoat. The pockets continue to fill with the secret prayers of every person the man encounters. The man, in a sense, comes to know what everyone’s “card” says, and gets to practice empathy.

Imagine a world in which we know each other’s pain and fear. Imagine that they are the most beautiful things about us. Imagine that the very things we’re most ashamed of, that we most want to keep hidden, might bring us together.

Please Don’t Fix Me: What True Empathy Is (And Isn’t)