Why It Takes Strength to Be Vulnerable, and Why It’s Worth It
By M. J. Ross 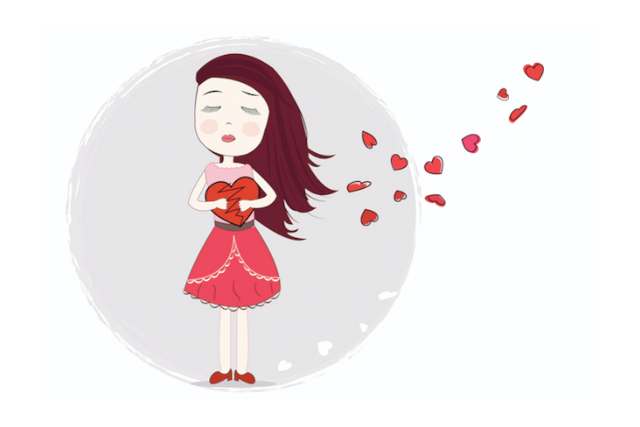 “Vulnerability is our most accurate measure of courage.” ~Brené Brown

When we’re younger, we’re fearless. We don’t mind climbing trees, making friends with strangers, or telling our secrets to people we’ve just met. We open our eyes and hearts to new experiences and people, and we trust that everything is going to be okay.

Somewhere along the way, we learn that being vulnerable can hurt.

We get teased or laughed at, and we learn that not everyone can be trusted with our secrets. Our knees get bruised and our hearts get broken.

I don’t fall in love easily. So, when I tried to heal myself and get back out there after a significant relationship of mine came to a halt, it was a big deal for me. Six weeks in, he cheated on me.

It didn’t matter that it was at the start of the relationship; the point was, I had been vulnerable with him, and he was the first person I’d opened up to in a long time.

The shock of being lied to and cheated on felt like a punch to my stomach. I felt like my insides were being ripped out, that someone could betray me in such a vile way.

I felt small and insignificant, and I hated that I had given someone the power to affect me that way.

I ended things and crawled forward with my life. However, the betrayal had put me on high alert to other people’s capacity to hurt me, and I shut down.

My answers left me with a bitter taste in my mouth: If someone had betrayed me in such a vile way, in such a short amount of time, how could I risk getting hurt again?

I remember speaking to a friend about this. I told her that I knew the inherent risk that accompanied vulnerability, and that I wished it were different. She asked me what I learned from the experience.

I explained to her that the experience would give me an extra amount of empathy when clients and friends came to me describing their experience of infidelity.

Also, I was lucky it had happened sooner rather than later, when I was more invested.

Then I explained that the experience gave me the strength to know that I could walk away from the relationship when my non-negotiable value of honesty and trust was compromised.

Most importantly, being cheated on forced me to evaluate my values and how I was going to love and be loved.

I know that I won’t compromise on honesty, loyalty, passion, and kindness. My strength is in my honesty and the way I can open up to others; the only fault was doing so to someone who took that for granted and didn’t share the same values.

I wish I didn’t have to spin the situation to find a lesson, as bluntly put, being cheated on sucks. But the only mistakes we make in life are the lessons we don’t learn and use the next time around.

Though I could recognize these lessons now, at the time I could feel myself withdraw. I asked questions like, Why does anyone bother being vulnerable when we just get hurt? What’s the point?

At one stage I told myself that perhaps strength involved complete self-sufficiency, and that I would hold other people at arm’s length. I rationalized that if I didn’t let people get close to me or allow myself to be so vulnerable, then I wouldn’t be in that position in the first place.

Then I thought about the best moments in my friendships and relationships. There’s the ones where we’re silly and laugh until we cry. The ones where we reveal our deepest fears and insecurities, and the other person tells us that we’re great anyway. The ones were we dance through the world together knowing that we have the freedom just to be ourselves.

So, here are the important lessons after my betrayal, my hiatus, and my re-evaluation of vulnerability.

Being hurt is never wasted if we take the lessons with us.

Being hurt is a byproduct of being human. I very much doubt that there is anyone who has passed through the world without experiencing pain.

The smartest are those who take the lessons with them so they don’t make the same mistake twice, and the strongest are the ones who learn and keep living with an open heart. The most admirable people are able to do both.

We can’t have genuine connection without authenticity.

The most meaningful connections are the ones where we reveal a part of ourselves.

If you tell me that you can build a genuine connection without showing a part of yourself, I will say that’s impossible.

I would rather remember that being vulnerable takes strength than sit alone in my ivory tower watching the outside world go by. And I would rather be remembered as the girl who cared too much than the one who couldn’t and didn’t build meaningful connections.

I am not going to be frivolous or foolish with my heart, and though I am learning who to let into it, I will not shut myself down to the two things my soul needs: the freedom to be genuine and live my life, and the capacity to build genuine human connection, whether that’s with friends, romantic interests, or with strangers.

There is no shame in being hurt, because these hurts can be lessons in disguise. I have learned red flags in other people that I can now recognize better than ever before, and I’ve re-enforced my own non-negotiables and core values.

Ultimately, even though we shy away from being vulnerable, due in part to our experiences and our defenses to being hurt, being genuine, open, vulnerable perhaps takes the most strength of all.

M. J. has a background in psychology and a keen interest in mindfulness therapy. She finds comfort in the universal familiarity of interesting conversation, Earl Grey tea, and good playlists. A strong believer in a well-rounded approach to well-being, she also develops platonic crushes on inspiring people and enjoys exploring new places in the world.