The Antidote to Criticism: Turn Others’ Doubt Into a Standing Ovation
By Marcella Chamorro 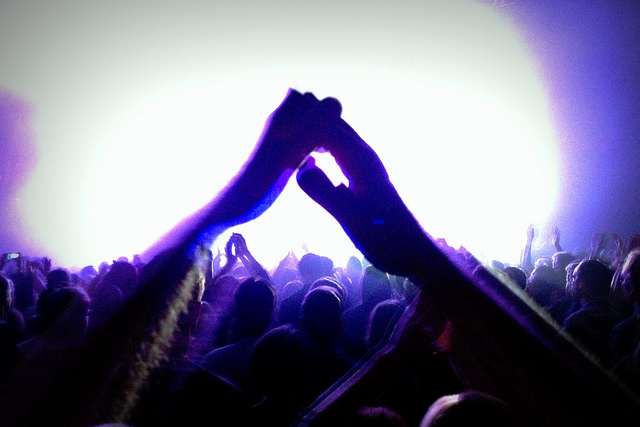 Gangly and skinny, I never attracted much attention from the opposite sex during high school. I was the friendly and funny sidekick to the popular girls—fun to hang out with but not to date.

When an older guy approached me during my last year of high school, I thought it would be a normal high school romance.

It turned out that our relationship wouldn’t be anything close to “normal.”

As I began to get to know him, everyone around me started to object to our interest in each other. My family, my friends, even people I hardly spoken to in years, they all opposed our budding relationship from the start.

One time, a friend of my parents came up to me at a restaurant and said, “He’s not for you. You’re a princess and you deserve a prince,” before walking off. It felt like a hit and run.

They said so many things, but it didn’t matter.

As much as we fought it, our relationship eventually buckled under all that judgment and fell to pieces.

Now, looking back on everything I went through, I can see just how much I gained from that suffering and criticism. Not only did I enjoy a beautiful relationship and friendship for four years, I also gained something else entirely:

I gained the opportunity to do something of my own, making my own actions and decisions based on my own criteria.

No matter if people’s criticism were right or wrong, what matters is that I learned to follow my heart and make decisions that are important to me.

I withstood the rejection of the people closest to my heart, all because I believed strongly in what I was doing. I was strong and steadfast—attributes I didn’t know I had.

All of those lessons are what I can see now, after everything has been over for years, but the moments when I felt attacked by their criticism were difficult to get through back then. It would’ve helped me understand it all better while I was going through it, so I started wondering…

Why do people criticize in the first place?

Through my conversations with friends and family that once criticized me, it seems to me that there are a few main reasons why people may criticize—all related to fear:

Most of the people that criticize our decisions are fearful of our failure. They want to protect us, and telling us their objections are their way of attempting to keep us safe from failure.

Sometimes, the people who criticize us are afraid of how our decisions and actions will cause changes to the status quo. We like how things are right now, so why change them? Change means we don’t know what will happen next, what’s lying in wait around the corner.

What this really means is insecurity. This is probably the most hurtful kind of criticism, but it’s very simple to break down.

Sometimes, people criticize us because they too wish they could make these decisions or take action similar to ours. They’re afraid that they don’t have it in them to pull off what we’re trying to pull off, and they turn to criticism to deal with that fear.

Most of these come from places of love—love for us or love for themselves. Identifying that would’ve helped me deal with what I went through years ago, but it helps me now, too, whenever I face criticism.

Sure, there are many more reasons for criticism and not everyone gives it from a place of love, but these few examples have helped me dive deeper into why criticism arises and how I can turn it into something great.

What can criticism turn into?

When I suffered from the judgment of my loved ones (and the scorn of people I hardly knew, like the lady in that restaurant), I followed my heart and did what I thought was best, despite the hurt. I wasn’t aware that those few years of steadfastness would turn into what I now call a “standing ovation” of sorts.

Recently, I was at a party with friends when an acquaintance approached me and said, “Marcella, I know we’re not close or anything, but I wanted to tell you that I admire you for standing up to everyone when you were in love. You stood up for what was right, and that was a beautiful thing to do.”

The very people who criticize us are the same people who later on applaud our efforts.

While it’s wonderful that someone saw the value in my struggle, I’ve recognized even greater value the more time goes by. Facing criticism and following what felt right with my first love trained me to do the same as I grew up.

When Marcella Chamorro decided to quit her job, she began living a perpetual vacation, starting her own freedom business and speaking at events worldwide. As an author & entrepreneur in Nicaragua, Marcella guides those who want to live and work awesomely — follow along here and get free resources on feeling awesome.

How to Prevent Blame and Criticism from Destroying Your Relationship