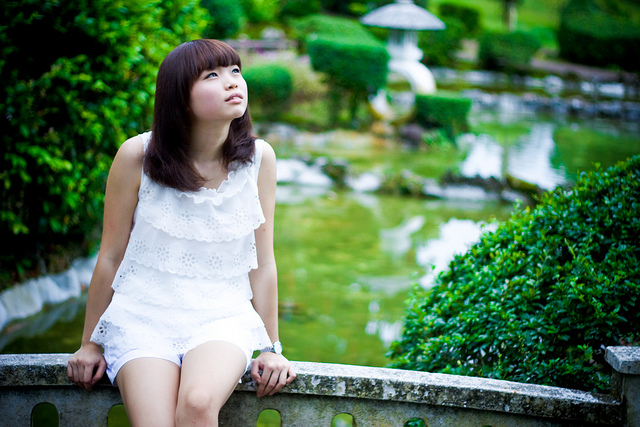 “The unthankful heart discovers no mercies; but the thankful heart will find, in every hour, some heavenly blessings” ~Henry Ward Beecher

I’m a calm person by nature, but like everybody else, there are a few things that get my blood, at the very least, simmering. One of them used to be inconveniences.

Our daily lives are filled with delays, missed opportunities, setbacks, and outright nuisances. It happens to us all.

Missing a bus and being late for work. Being locked out of the house for four hours when you have an urgent exam to prepare for, with all your notes on the other side of the door. Having your new, shiny Blackberry slip out of your pocket on the bus and only realizing half an hour after stepping off.

Yes, these have specifically happened to me. And there’s plenty more where they came from too.

They may not seem like the end of the world, because of course, they aren’t. But at the time, they always feel like a big deal and they always happen at the worst possible time. Right on cue, I suppose.

A few years ago while in my second year at university in my home city, London, I experienced a small inconvenience that made me change my outlook altogether. That academic year, I had taken up a language class, but rather than being at my usual campus in London Bridge, it was at the Strand.

I would take the Underground to my evening Arabic class at the Strand campus every Thursday. I took the same route from London Bridge every week. And on my journey home, I would go via the renowned Victoria train station every week at exactly the same time.

On one particular occasion, I was, for a reason I can’t remember now, in a very foul mood (probably another inconvenience). I missed my day of lectures due to an underestimated morning errand run and was now also running late for my evening class.

I then inconveniently missed three consecutive buses due to a sea of blue-uniform-wearing school kids swarming every bus on my route.

And of course, to fit the London picture perfectly, I was getting heavily rained on, as I had inconveniently left my umbrella at home and didn’t have the time or energy to run back and get it. I was going to miss my lesson no matter what I did at this point.

Naturally, I was angry, frustrated that the one thing that could have taken my mind off of my mood was now also gone. Furious, I decided to accept defeat.

The following day, I read in the paper that in exactly the spot in Victoria station at exactly the time I would have been making my way back home from the lesson there was a tragic murder.

Had I gone to my lesson, I would have been caught up in a horrendous tragedy. I could have been hurt physically or at the very least witnessed something so horrific it would have left me traumatized for life. I was then more than grateful for only being in a bad mood and missing my class.

There are several similar situations I’ve come to learn of, some of much greater scale than my story. I heard of a woman making her way to work, almost reaching the office, when her heel snapped and she had to return home to change her shoes. She was unsurprisingly frustrated for being late for work.

But at her stop-over at home, she had dodged being crushed under rubble in the falling Twin Towers on 9/11. She may have been aggravated earlier, and she was likely devastated for the lives lost, but she was later grateful hers wasn’t one of them.

I’ve heard another story of a woman who inconveniently had to leave work to pick up her sick child from school. Frustrated, she left work, drove to the school, and brought her child home.

When she realized this inconvenience saved her child from the shooting at her Connecticut school, she felt fortunate for the disruption.

It is, of course, tragic that anyone has to experience this type of suffering and loss, but it’s also tragic that we don’t always recognize just how fortunate we are.

These things happen every day; we just don’t know about it.

We’ll miss a bus and be late for work. We’ll get sick and miss a life-changing job interview. But we have no idea what hardship or calamity we’ve just dodged.

Nonetheless, we experience blessings in disguise in small ways every day.

We might have just missed an event that could have cost us our wealth, our health, or even our lives. We just don’t know it. And majority of the time, we never will.

Let’s open our minds to this new perspective to change how we internalize disappointments and annoyances. While my story may stem from trivial inconveniences, we can also apply this attitude to more serious problems and adversities in our lives.

1. Appreciate that it could have been worse.

However bad a circumstance seems and feels, it could always be worse. It may seem unnatural and perhaps silly to think of hypothetical situations when you have a real problem at hand, but thinking of all the ways the situation could have been worse makes it so much easier to accept and deal with it.

2. Trust that everything happens for a reason.

Whether good or bad, there’s a reason behind everything. In the words of Marilyn Monroe, “People change so that you can learn to let go, things go wrong so that you appreciate them when they’re right, you believe lies to you eventually learn to trust no one but yourself, and sometimes good things fall apart so better things can fall together.”

3. Have faith in blessings in disguise.

It may have saved you from something worse, or brought you closer to something better. Even if neither of these are true, then they at the very least, it made you a stronger person and taught you something. And that is always a good thing.

If you do happen to find out how a particular problem gifted you with a blessing, share it with everyone you know so they can benefit too. The more we openly recognize how we’re fortunate, the happier and more content we will be.

Let’s change how we think about inconveniences, missed opportunities, and problems, because oftentimes, it is for the best; we might just not know it.

Sara is a writer, blogger and aspiring author from London, England. She's also a dental student training for her licence to drill. She can be found at saraidavies.wordpress.com and on Twitter @saradavies_