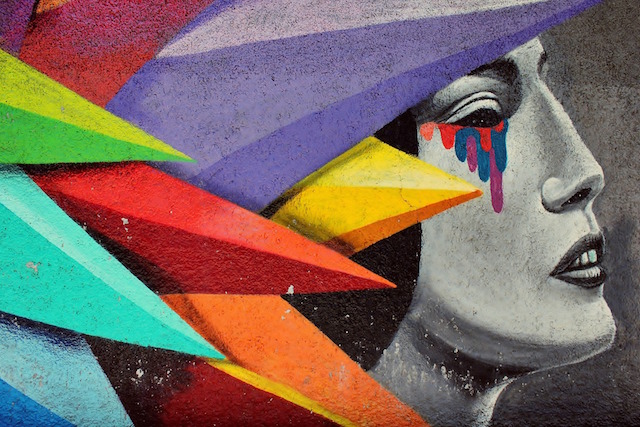 “Bitterness is like cancer. It eats upon the host. But anger is like fire. It burns it all clean.” ~Maya Angelou

I’ve always had a complex relationship with anger.

When I was young, I used to think I was somehow above anger. I would brag to people that I never got mad. Sure, I’d admit, I hated some people, but at least I wasn’t angry.

When I began therapy in my mid-twenties to deal with persistent depression and panic attacks, I started to see the feebleness of that particular story. I did get angry, it turned out, quite frequently, and I found that things went much better when I allowed myself to feel it.

I began to learn that my anger often contained useful information about me and what I wanted.

It alerted me to the fact that one of my boundaries had been crossed, or that there was something I wanted to speak up about. It let me know when I felt hurt. I saw how my closest relationships could allow for anger without falling apart, and I began to accept it as a normal part of the human condition, perhaps even a helpful one.

Still, as I perused self-help books and blogs and learned from spiritual teachers, I read about the dangers of anger over and over again.

It’s the enemy of nonviolence, Gandhi said. The Dalai Lama once asserted that it’s the main destroyer of a peaceful mind. Even the Buddha is quoted as saying that holding on to anger is like grasping a hot coal with the intent of throwing it at someone else; you are the one who gets burned.

So I asked myself: Was it better to try to quell anger, or embrace it?

I muddled through as best I could, hedging my bets and working to accept anger without amplifying its flames, until I began going to a local meditation class where the emphasis was on moving energy.

The meditation is based on a blend of Buddhist and Taoist practices. In addition to developing mindfulness, we’re encouraged to notice the energy within us—whether emotional or spiritual—and let it move through us. We do this by noticing the physical sensations of the energy and then following their lead, either by making noise, moving our bodies, or simply observing with nonjudgmental awareness and presence.

One day a fellow participant asked the teacher how to handle the large amount of angry energy she was feeling.

“Move the energy of the anger,” my teacher said. “It’s not good or bad; it’s just what wants to happen. When you make space for the energy and allow it to move through you, it transforms you. Just don’t get caught up in its story.”

I’d never heard anybody separate the story of anger from its energy before, but the distinction helped me a lot.

I realized that when I feel the first flush of anger, I often come up with a story: Things shouldn’t be this way. He shouldn’t have done that. It’s her fault I’m feeling bad.

Stories are about assigning blame, making people right or wrong, and moving into better than/worse than. They’re not so helpful. I realized that it’s anger’s story, not its energy, that “burns” us.

Anger’s energy is neutral. It doesn’t seek to blame or make anybody right or wrong. When I feel anger in my body, I feel a burning sensation, a warmth, and a flow of intense energy. That’s it. It actually reconnects me to the strength in my core and reminds me that I’m powerful, capable, and alive.

It was while moving the energy of anger that I first heard its hidden message.

Someone—a Very Important Person in my life—accused me of treating him poorly and having less-than-stellar intentions. I don’t remember his exact words, but I do recall that they implied I had been deliberately inconsiderate, selfish, and hurtful.

I was outraged and began to tell a story. Why couldn’t he see my good intentions? It wasn’t fair; I was doing my best. He was being unreasonable, hurtful, and cruel.

Fortunately, I knew enough to leave the conversation as soon as I realized I was triggered and go somewhere where I could move the energy. As I was feeling the burning heat of the anger, I realized that I was making the same movement over and over with my arms; pushing them out and away from my chest, I looked like I was trying to shove something away from myself.

Suddenly it occurred to me: What I was trying to push away were the judgments, accusations, and negative opinions of my Very Important Person. It was almost like I was trying to set a physical boundary so that they wouldn’t penetrate my own being or take root in how I viewed myself.

That’s when I realized that the energy of anger was trying to prevent me from internalizing my loved one’s criticism.

An Inexhaustible Well of Strength

As I kept pushing the negative opinions away from myself mentally and physically, I began to feel a sense of strength. I realized that I had a choice: I don’t have to take on anybody else’s judgments. I can choose to hold my own truth, one that sees the goodness in myself and everyone else, and I can act based on what feels right to me.

Along with the sense of strength came a sense of immensity. It was like all the criticism and accusations had felt so huge and crushing just moments earlier because I had forgotten how big I was. Once I stood up to my full height, they seemed more like mosquitoes biting at my ankles.

Feeling my own power and size again, I realized that I was free to say what I needed to say, no matter how difficult, without fear of how he responded. His thoughts and feelings couldn’t hurt me, after all. For someone like me with codependent tendencies who often cares too much about the opinions and expectations of others, this was pretty revolutionary.

And then the most amazing thing happened. The anger burned itself right out.

I believe this is because when I’m connected with my own power, I can advocate for and take care of myself. When I see clearly who I really am, nothing can threaten my sense of myself as a good person. Others have no real power over me.

As a result, there’s no need for the anger, no need to either defend or attack, and no need to make my loved one wrong. After all, he’s really only trying to take care of himself in the best way he knows how, and no matter what he does, I have options in terms of how I choose to respond.

All of this allowed me to go back to my Very Important Person, apologize for where I had been unskillful, express compassion for his suffering without taking responsibility for it, and let him know how the way he had communicated affected me. I was able to make a request about how he communicates with me when he’s upset.

Afterward, we both understood each other better, and though it didn’t resolve the issue then and there, it did lay a foundation for finding resolution in the future.

The Great Gift of Anger

Anger is a perfect example of something that’s both/and, not either/or. It can be incredibly destructive if we pay too much attention to its story, and it’s also a healing and transformative force.

It arises from a misunderstanding—that what I want and need is at the mercy of others—and it also contains within it the key to breaking free from that misconception.

Anger arises when I forget that I already have everything I need within me (and by now I’m aware enough to recognize that this happens on a daily basis). I now see it as a fiercely loving force. It wants me to reconnect to my strength and size. It wants me to transform. It wants me to take back the power that is mine to treat myself with love and respect.

It does its job by persisting until I am reminded of who I really am. I do mine by letting go of my small story long enough to hear its higher message.