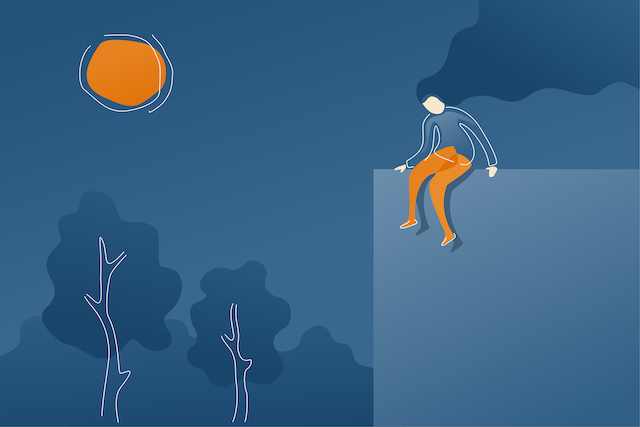 “If you don’t like something, change it. If you can’t change it, change the way you think about it.” ~Mary Engelbreit

Many times in the past, I’ve complained that things weren’t fair.

Sometimes I was legitimately wronged—like when I was a kid and an adult in my life regularly told people lies about me, seemingly to justify her disdain and mistreatment.

Other times, I victimized myself to avoid taking responsibility—like when I didn’t prepare well and bombed at a community theater audition but attributed my failure to favoritism.

As an indignant adolescent, I blamed many of my difficult early experiences for the perpetual chip on my shoulder. I bemoaned the injustices of the world because I felt so many befell me.

It wasn’t my fault that I was angry all the time; there was just a lot to be bitter about. At least that’s what I thought back then.

One day, when I was commiserating with a friend who was upset about a seemingly unfair situation in her life, I wondered: What good does this do us?

You can’t create positive change from a negative mindset. You have to heal your pain before you can set out to heal the world. And you have to stop seeing yourself as a victim if you want to access your personal power.

Still, despite knowing this and making a conscious effort to change, I still feel an instinctively strong and irate response to perceived unfairness at times.

If a friend gets passed over for a promotion because it went to the boss’s daughter, I feel outraged for that friend.

If I see someone hit a parked car and speed away, I seriously consider following them and issuing a citizen’s arrest.

If I believe someone is earning boatloads of money unethically, I ruminate on how it’s not right, and wish I could do something to stop it.

I’m learning to understand my strong emotional response so that I can challenge the feelings and thoughts that disempower me. If you’d like to do the same, you may find this post helpful.

Our Biological Response to Unfairness

While we all learned about fairness in childhood, scientists have proven we’re actually hardwired for it.

Studies have shown that the reward centers of our brains activate when we recognize fairness, even when it pertains to someone else. When we witness unfairness, it triggers our amygdala, the primitive part of the brain that controls fear and anger.

This means that when we feel like we’ve been treated unfairly, we go into fight-or-flight mode, with its resulting sense of anxiety.

Psychologists suggest that when we fight for fairness for others, it’s actually self-interest in disguise, meaning we’ve recognized it provides us with some type of advantage to be fair.

No matter how you slice it, we experience a strong, instant physical and biological reaction to perceived injustices, and this can limit our ability to think rationally and respond proactively.

Every day, we have abundant opportunity to recognize injustice, on scales large and small, in our own lives and the lives of people we love.

You could find out you make less than someone else in the same job.

You could lose a promotion to someone else who is far less qualified.

You could lose a court case when it feels obvious someone else was in the wrong.

You could discover that a friend of yours is losing her savings because her accountant mismanaged her money.

You could learn that someone you trusted to care for your mother took advantage of her good nature.

You could find out that your sister’s losing her home because of predatory lending.

And this doesn’t even touch upon the massive injustices happening all over the world, far outside the scope of our everyday experience.

Life isn’t always fair. Whether it’s self-preservation, basic human decency, or a combination of both, we want to change that.

In some cases, we can. We are not powerless, and we don’t have to simply accept every injustice as an unavoidable part of life.

We do, however, need to accept that our response to perceived wrongs affects our ability to right them.

Those people who don’t let unfairness make them bitter aren’t somehow better than others.

They aren’t necessarily people who haven’t experienced severe injustice or inequality, and they also aren’t people who simply accept whatever happens without ever taking a stand.

Dwelling on unfairness doesn’t do anything to change it; it actually affects our ability to do that since obsessive thinking drains our energy, magnifies our emotions, and keeps us more focused on problems than solutions.

This has been the biggest challenge for me, as I’ve found it almost satisfying at times to think about things that seem wrong, as if this is productive.

If you struggle with this as well, recognize when you start fixating on blaming thoughts, and visualize a stop sign in your head. Then repeat an affirmation along the lines of, “This isn’t productive. It is what it is, and I can either accept it or try to change it.”

In order to think rationally, we need to recognize that our biological reaction is just that, and consciously choose not to let it dictate our actions.

According to psychologist and author Marcia Reynolds, when we feel slighted or cheated, and react emotionally, we then use our logical brain to rationalize that response. For example, we may tell ourselves, “I snapped, but he deserved it!”

We can be far more effective if we use our logical brain first, before we do something we’ll later regret.

In some cases, when we think rationally, we may realize an unfair situation is not a big deal in the grand scheme of things—when someone cuts us off and runs a red light, for example.

It’s annoying, but is it really worth fuming during a car ride that could otherwise be pleasant?

Other times we’ll still feel strongly that we need to fight for justice, but this doesn’t require us to act with aggression. It requires calm, careful planning and acting… if it’s something we can, in fact, control. This leads to the last step.

Knowing What We Can Control and Doing Something About It

We can’t change someone else’s decision or behavior if they aren’t willing to change. We can change how we respond to them (and choose to help educate and positively influence them).

We can’t change that tragedies have occurred, in our own lives or in places across the globe. We can support causes that seek to prevent future tragedies, or even spearhead our own.

And we can’t guarantee specific outcomes for our actions, but we can increase our odds of making a difference by being clear-headed, patient, and consistent.

Sometimes there will be unfair things that we simply need to accept, and it might feel instinctive to fight that. We’re only human, and we will sometimes give in to our emotional responses.

What’s important is that we try to move beyond them so we don’t let the things we can’t control take control of us.