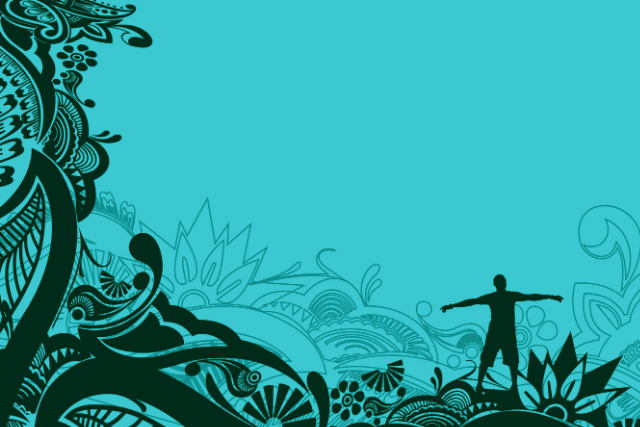 I used to think I was falling behind. Not on my rent or my taxes, but in life.

One moment, things were progressing fine. I had friends. Good teeth. A boyfriend. I even had my own did-I-really-do-all-that-study-to-be-doing-this first job.

But then it all went away. I became ill. And as the years went by, I watched from my bed as my friends led a version of the life I’d expected for myself.

It was as if everyone had gotten on the bus while I remained in the bus shelter. Which had an interesting smell. And I’d sat in some chewing gum.

But here’s something I’ve learned.

When it seems as if you’re “falling behind,” chances are you’re leaping ahead—not compared to other people, they have their own journey, but compared to your original planned-out trajectory.

A few weeks ago my husband and I were coming home after a sunny week poking around the Baja Peninsula in Mexico. Shortly before we were due to take off, the pilot told us there was a crack in the some-or-rather, the flight was canceled, and please would we return to the terminal.

So there we were, a plane-load of people, some waiting, some proactively making new plans, when out of the blue our name was called and we were rushed onto a direct flight home to Los Angeles.

Our original travel plans had us flying home via San Jose, a four-hour detour. But thanks to our “delay” we arrived home hours ahead of schedule.

It reminded me of when I was sick, because what seemed like such a setback at the time was anything but. In fact, it was one of the great gift bearers of my life, propelling me toward something I hadn’t known existed but am so grateful to have found.

What I thought was the long way turned out to be the short way.

It happens all the time.

I used to live in a small town in New Zealand, and I was always intrigued by the seemingly large number of people who, when asked how they came to live there, said their car broke down while on holiday. It was always the same: as they waited on repairs they took a drive and found the little out-of-the-way town.

Car breakdown. Plane breakdown. Health breakdown. Relationship breakdown. Career breakdown. What seems like an impediment is so often a blessing when you consider the ultimate end result.

What can be upsetting and worrisome is having your plans disrupted. Although, in retrospect, it’s often hilarious to think you knew the way in the first place.

Social conditioning tells us there’s an ideal way for life to progress; it varies depending on your circle of influence. For me it had to do with getting a good job, being active, getting married, going to college. That kind of thing.

And we make plans accordingly. It’s human nature—or at least the nature of our mind to do this.

Yet our plans have nothing to do with being happy now, because that doesn’t need a plan. Plans, by their very nature, are more concerned with the future.

Plans are about future happy. Sometimes a plan is so ingrained it doesn’t even seem like a plan.

“If I live to be an old lady, that’s the best thing.” Future.

“When I lose weight I’ll feel self assured and confident.” Future.

“If I sail around the world I’ll feel a sense of accomplishment.” Future.

When things “go wrong,” as in not to plan, it causes us pain—sometimes, great pain. And the reason for the pain is it feels as if happiness has been taken away.

If for your whole life you thought that being active or getting a good job and so on was the way to feel happy, of course you feel badly when you can’t do that.

But the pain is in your incorrect beliefs. Happiness hasn’t gone anywhere. If anything, your capacity for happiness is probably growing. All that’s lost is your plan for future happy. But since the future never comes, future happy was never real.

Time and again I meet or hear from people who, in dealing with challenging times, find more real happy. And chances are, if you’re reading this, it’s either happening to you right now or has happened in some way.

Real happy isn’t some, “Wow this is amazing,” kind of feeling, or where everything is easy, but a deeper sense of connectedness—to yourself and others.

Real happy is compassion that comes naturally, even for people you dislike.

Real happy is knowing, deep within you, that everything will be fine; that you can handle whatever comes your way.

Real happy isn’t something that can be taken away either, but builds in increments as you move through life, speeding up during challenging times.

Back then I didn’t know any of this. I just thought my life was worse compared to everyone else. Of course, it was no worse and no better. It just looked different than I expected.

If, by some miracle of time I could speak to me back then, I’d say:

“You simply don’t know how the universe is going to deliver its splendor, but chances are it’ll look different than you thought it would.”

“Sorrow is part of the process; a sign of faulty beliefs being released. Notice your thoughts as they come and go, stand back and let the pain happen if you need to, but know there’s something bigger.”

Knowing me back then, I’d probably still be thinking about my friends and how much I wanted to get back to the real world. (That’s what I used to call it.) So I’d wrap it up by saying:

“It’s easy to look back on your old life as if it were perfect. Or see other people’s life as perfect. But this is an illusion, the same as future happy. See how it feels to have faith in what’s happening now—not in liking it necessarily, but trusting the flow of life.”

My friends got on their bus and I got on mine. They were different buses going different places. These days I try to see time at the “bus stop” as the possibility of a new adventure (and not because I live in L.A!).

And by the way, it wasn’t chewing gum I was sitting on, but a sticky bit of self-esteem I never knew I had. And that interesting smell? Self-acceptance.

How to Keep Going When Your Dream Seems Far Off