The Guru of Caumsett: Simple Yet Profound Lessons from a Kind Stranger
By Erica Settino 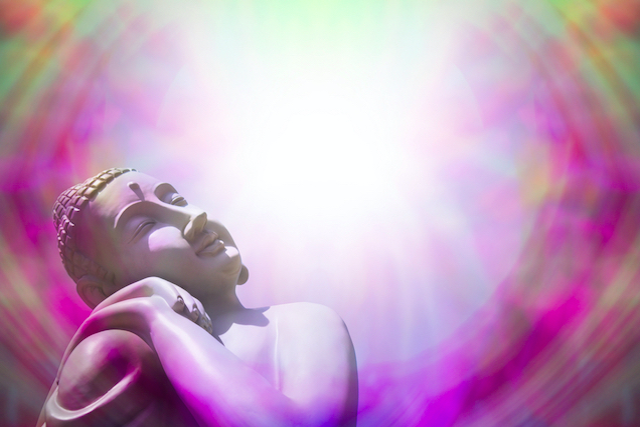 “See the light in others, and treat them as if that is all you see.” ~Dr. Wayne Dyer

It was about a month after my son was born that I was introduced to the man I have come to think of, only somewhat facetiously, as “The Guru of Caumsett.”

My husband and I were at the park with our newborn son when a man I’d never seen before began waving as he strode determinedly—despite a pronounced limp that caused him to drag, ever-so-slightly, one leg behind the other—past us.

“How are you doing?” my husband called, waving back while I smiled and nodded my hello.

“Just great! It’s a beautiful day. You enjoy it!” he encouraged, never stopping completely, but all the while holding my gaze and smiling brightly at us, as if he’d just bumped into long lost friends.

I questioned my husband as to how he knew him, and he explained that he didn’t. But he saw him every time he was at the park, and the man always greeted not only him but everyone he passed on the path the same way.

A month or so later I was back at the park. It was to be another scorching mid-summer day, as was evident by the tightness in my lungs and frizziness of my hair.

But I was determined to run just one full lap around the path before submitting to the heat. It had been many months since I had attempted such a feat. And within only a matter of a few yards, I realized that I had grossly overestimated my body’s readiness for such a challenge.

Not more than eight weeks prior I had been lying in the hospital after enduring twenty-eight hours of arduous labor that culminated in the emergency Cesarean surgery from which I was still recovering. In fact, from which I had only just begun to truly recover.

Sadly, like many women, my birthing experience, although successful in that our precious baby boy was born healthy, ended up being a rather traumatic event for me due to circumstances out of everyone’s control.

As a result, those first few weeks at home were filled with unexpected feelings of inadequacy and, at times, an overwhelming sense of fear that I’d only begun to be able to understand and move through.

Exercise, I was sure, would help shed not only the remaining baby weight, but also some of the anxiety I had so uncharacteristically been carrying. So when my attempt at running was sabotaged by my still ravaged body and the oppressive humidity, I felt nothing short of despair.

The paved path at Caumsett State Park is a three-mile loop. I had made it exactly to the halfway point when I could no longer maintain even the painful shuffle to which my usually fine runner’s stride had devolved.

Winded and with my clothes plastered with sweat to my still swollen body, I conceded. But I still had to walk the additional mile and a half back to my car.

As I leaned into the steep incline of the final hill, I was alarmed by the extent of exhaustion and weakness I felt. I began to wonder if I would ever again feel the same strength and comfort in my body that I had been so used to prior to my pregnancy.

And that’s when I saw him. Just as I was arriving at the top of the hill he was beginning his descent. Without a trace of sweat on his brow—and limp be damned—he moved past me with enviable ease.

With barely enough breath in my lungs to keep me moving, I managed only a small wave and smile. Without missing a beat and with his face beaming, he said, “Good Morning! You’re doing great. You look terrific!”

Despite my sweaty clothes and heavier frame, my labored breathing and negative thoughts, I simply stopped in my tracks and said, “Thank you! You have no idea how much I needed that.”

In the West, the word guru is most simply and often defined as “teacher.” However, when the word is broken into two syllables, its deeper meaning can be better understood.

In short, a guru is one who dispels the darkness of spiritual ignorance and lights the way toward spiritual knowledge.

So you see, with only a few kind words and his genuine goodwill, my guru of Caumsett managed to illuminate for me a new way of thinking and experiencing the situation in which I had found myself.

I quickly went from feeling frustrated and defeated to being able to recognize all I had so recently been through, and I became excited, proud even, of how well I was doing only a short eight weeks later. He shone his light into my darkness for no other reason except because he could.

For the most part, I’m sure he is just a regular guy. But to me and everyone else who is lucky enough to meet him along their way, he is a personification and great reminder of some of life’s most simple yet profound lessons.

Smile at each other. Offer some kind words and a genuine caring for those around you. Build people up instead of knocking them down.

Work to see your perceived obstacles instead as opportunities. And let nothing stand in your way of realizing just how blessed you truly are.

Long-time yoga teacher, activist and writer, Erica Settino is the Founder/Executive Director of the yoga-based nonprofit organization, Karuna For Animals: Compassion In Action, Inc. In May of 2015, she and her husband welcomed their son, Sebastian Bodhi, whom immediately became Erica’s greatest teacher, inspiration and best friend. Learn more about Erica and her work at: Karuna For Animals and Amma Yoga.

Book Giveaway and Review: A Lamp in the Darkness

You Don’t Need a Guru; Life is Your Greatest Teacher