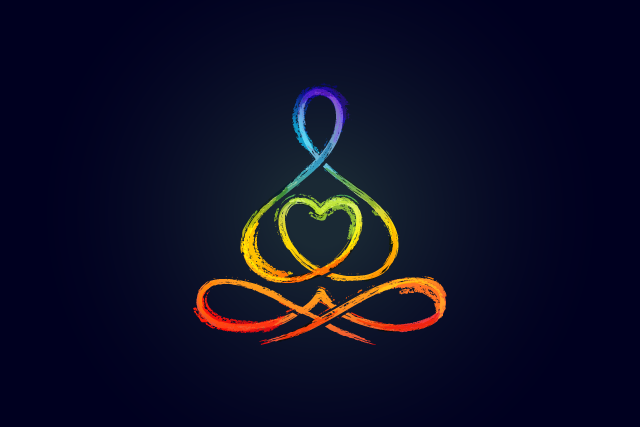 Sunlight shone through the living room window. A lazy Sunday afternoon. I lounged on the couch reading a book with my dog cuddled at my feet. My love had just set out to purchase a new set of acoustic guitar strings. Soon he would return, and music would fill our home, adding to my sense of blissful peace.

The telephone rang. I could see from the caller ID it was my father. “Good,” I thought. “It’s been a few weeks. I wonder what he’s been up to.”

His voice was filled with rage. “I’m dying!” he screamed. “You are killing me.”

“What’s this about?” I placed my book on the table. I was not alarmed; my father has been talking about his death for decades. I was only curious how his heart condition had suddenly become my doing.

“Did you get a marriage certificate yet?” he asked angrily.

My father erupted again. “I’ll probably have another stroke! My arms are tingling. It could be a heart attack—heart attack number three. This one will be your fault. I can’t sleep. I can’t even take a shit. I ate two bowls of fiber yesterday and nothing came out of me.”

“It is your fault! The anxiety is killing me. Get the marriage certificate, please. It’s what normal people do. If you don’t get that thing, it’ll be the official cause of my death.”

“You should talk to someone about this. A therapist maybe.”

“I’m not talking to anybody.”

He was silent for a moment, then he scoffed at me. “I’ll go to Afghanistan. I’ll become a missionary. I’ll kill as many ragheads as I can before they capture me. You know how my dad died?”

I did, but I knew I was going to hear the story again.

“The snow was deep that morning. There’d just been a big Chicago blizzard. He asked me to shovel the driveway, but I went out with my buddies instead. He died that morning of a heart attack while he was shoveling. I’ve lived with that guilt for over 50 years. I’ll never forgive myself. You’re going to live with the guilt of killing me. Never forget that. I’m planting that in your head right now.”

“That’s not a nice thing to do. I’m not the one killing you. Your own mind is doing the killing.”

“There’s no reason for you to be so upset.”

“You’re not even really married!”

“That doesn’t matter to us. We’re happy the way things are. If it helps bring you peace, just pretend we never had any kind of ceremony. Pretend we’re still dating.”

“You know what? I’m done with you.” My father hung up the phone.

This was not the first time I’d been disowned by my father. I can count on both hands the times he’d chosen to end his relationship with me—sometimes for months, sometimes for years—always because a lifestyle choice on my end didn’t align with how he thought I should be living (e.g.: when I became a vegetarian, or traveled to Morocco, or lived with a gay roommate…)

In truth, I was surprised that earlier that month after I first told my father that my boyfriend and I had flown to Scotland for a hand-fasting ceremony, he had expressed actual happiness and excitement for me. “Congratulations!” he’d beamed. “I’m happy for you guys. Those pictures of the Highlands are beautiful. What a beautiful country.”

I remember thinking, “Well, that went well. That could have gone in so many directions. I’m glad he’s happy for me.”

And I’m sure he was, in that moment, until his chronic anxiety returned—and he didn’t know how to deal with it other than to blame me.

If my father died tomorrow, would I feel guilty? Would I blame myself for his death?

I would be devastated. He’s my father; I love him dearly, despite our differences. He raised me as best he could, and I am grateful for that.

But I will not accept responsibility for the mental anguish from which he suffers. The choices my father makes that support his unhealthy ways have nothing to do with me.

We—the rest of the family—have tried for years to help him, but he refuses to change his habits: the poor eating (he just developed type 2 diabetes), the rejection of exercise, the harmful outbursts toward others, the fearful world he’s created inside his head.

To be clear: I do not discount the severity of anxiety, depression, or PTSD. I’ve battled with depression myself; I understand it’s not as simple as “thinking positively” or “snapping out of it.” It often requires careful and tender care—whether that care is spiritual, therapeutic, medical, or a combination of the three. However, it is my belief that an illness of the mind is not an acceptable justification for emotionally, psychologically, or physically abusive behaviors.

That’s all I’ll say about mental health because 1) I’m not a doctor and 2) this is not meant to be a story about illness; this is an exploration of forgiveness.

As far as my father’s situation is concerned, I require no self-forgiveness. I will not regret the way I have always loved and accepted him.

I will feel sad that he never forgave himself for his own father’s death. He was just 16 the winter his dad died from that heart attack. My father hadn’t known any better.

And I will feel sad that my father never forgave himself for some of the choices he made as a soldier during the Vietnam War. He would never admit that those actions require any level of self-forgiveness, but I think the remorse is buried somewhere deep inside his heart—perhaps somewhere alongside his acceptance of me.

Forgiveness is a tricky thing.

It wasn’t difficult for me to forgive my father for the emotional violence he discharged upon our family over the years, ultimately causing my mother to leave him, and contributing to the struggles shared by my sister and me as we fumbled through adulthood attempting to construct better paradigms of what healthy relationships with men could be (i.e. we learned we didn’t need to tolerate crazy tantrums, or tiptoe on eggshells to prevent unpredictable sieges on peace.)

But we didn’t blame our dad. We acknowledged his influence, forgave him for being imperfect, and moved on with our lives.

I find this to be true with many human beings: forgiving others isn’t the hardest part. Forgiving ourselves is where we struggle.

Self-forgiveness is directly tied to self-acceptance. The more we learn to forgive ourselves for our imperfections and growing pains, the more love and acceptance we allow our hearts to feel toward ourselves and others. I believe that if my father truly loved and accepted himself, it would be easier for him to peacefully love and accept those around him. Perhaps that serenity begins with self-forgiveness.

One of my sweet friends is struggling with the guilt from two abortions she had a decade ago. The trauma surrounding the events re-surfaced in her life last year, and she cried in my arms wondering if she’d ever be able to forgive herself.

I told her it wasn’t helpful to hold ourselves hostage to the past. Guilt is not necessary as a reminder of our less-than-perfect decisions; we can learn from the past and make better choices moving forward, without weighing ourselves down with shame.

I woke up one morning recently and didn’t want to get out of bed. I’d become plagued by all the little lies I’d ever told to those who loved me.

And what of the illusions I’d built in my own head? The ways I lied to me?

Or the decisions I’d made thinking of self-preservation, instead of the greatest good?

I dwelled in remorse until I realized: in each of those situations—I’d done the best I could at the time.

I realized I wasn’t the same person I was five years ago, two years ago, or even yesterday. And the self-punishment I was putting myself through was not going to change anything. The best I could do was forgive the younger, less-wise, less aware version of myself, then move forward as a wiser, more evolved human being.

I climbed out of bed and sat in front of my altar, placing both hands over my heart. I sent a blessing to everyone in my life, then to all sentient beings. Then I did something I rarely ever do and probably should do more often: I closed my eyes, filled my palms with light and warmth, and gave a blessing to myself.

I forgave myself for any strategy, plan, or chess game played during the end of difficult relationships, when I was negotiating the safest and calmest way to exit to my freedom. You did the best you could. Next time, you’ll do better.

I forgave myself for misinterpreting dreams, visions, intuitions, and strong feelings. Sometimes I wanted so badly for something to be true, I pushed it the extra mile in the direction of the Truth-horizon, when all the while it was meant to remain in a field of uncertainty. You did the best you could. Next time, you’ll do better.

I forgave myself for disconnecting from the people, places, and experiences that didn’t nurture my spirit or bring me peace. Those people may have felt abandoned or unsure why I’d suddenly felt the need to change my life in a way that no longer involved them—and my explanations hadn’t satisfied their questioning. You did the best you could. Next time, you’ll do better.

I forgave myself for the times I hadn’t revealed the full truth in sticky situations—I’d held details back in fear that their exposure would lead to my own abandonment. You did the best you could. Next time, you’ll do better.

And perhaps the biggest one: I forgave myself for once staying in a relationship my soul knew was not meant to last. I’d gone so far with a man in the ‘wrong’ direction—all the while knowing I was heading in the wrong direction, but still needing to make the journey. And once I’d finally arrived in a life that wasn’t mine—after investing so much time, love, and energy—my soul begged me to leave but I stayed longer, still, because my tender heart wasn’t ready to go.

I forgave myself for that epic journey and released the guilt I felt for leaving the man who’d been by my side all that time. He had felt at home in that direction, and I left him behind, to follow a path that was truly mine. You did the best you could. Next time, you’ll do better.

“You had difficult decisions to make,” I’d told my sweet, crying friend. “You did the best you could. You don’t need to wipe the events from your memory, but give yourself permission to let go of the guilt you feel. Once you forgive yourself, you’ll be lighter and more capable of movement and transformation.”

“Lightness of being,” my sweet friend said. “I’d like to achieve that.”

And she did. And we do. Every time we forgive—each other and ourselves.

Jaclyn Costello loves helping people make breakthroughs to understand themselves more deeply. This is the heart of her role as Spiritual Development Coach at GrowWithSoul.com. Jaclyn is also a professor in the Honors College at University of Nevada, Las Vegas, and a writer of poetry, fiction, and non-fiction. She just finished her first novel.