There Is No Expert on You
By Lori Deschene 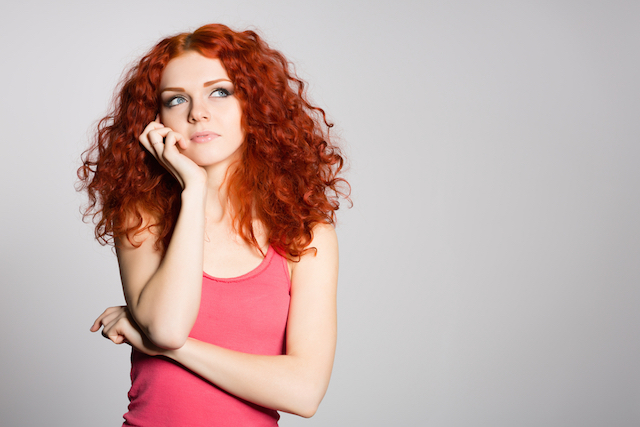 “Believe nothing no matter where you read it, or who said it, no matter if I have said it, unless it agrees with your own reason and common sense.” ~Buddha

Sometimes it seems to me that we are collectively obsessed with expert advice.

In some cases, it makes sense to consult an authority.

When you’re planning for retirement, it’s smart to seek out a financial planner. When you’re starting a business, by all means, sit down with someone who’s done what you aspire to do. And when your dog gets sick, it’s probably smart to call your veterinarian instead of relying on your gut instincts.

But when it comes to the decisions we need to make for ourselves, the experts can easily become a crutch.

When I first arrived in San Francisco, I accepted my first full-time writing job for a company that published senior care guides. I was new to blogging, and so were my employers.

After a few months of writing polished articles that received hardly any traffic, the editor-in-chief decided the key to attracting a wider audience was to create a panel of experts who would cover a wide variety of relevant topics.

What struck me is that readers often asked questions when they needed to make a difficult decision and were looking more for validation than information. The best example was when a woman with an aging mother asked if seniors with no prior mental health issues frequently get depressed in nursing homes.

It seems to me that what she was looking for was less about statistics—which she could also have found by Googling—and more about confirmation that her elderly mother wouldn’t be unhappy if she moved her into a home.

But no expert can provide that answer. Sometimes there isn’t an answer, and there won’t be until we act and then learn the consequences of our choices.

I can understand the allure of confirmation.

I spent a decade in therapy, starting when I was twelve.

All through my adolescence, I looked forward to sessions to validate my feelings, hoping my therapist would authorize even the most minor decisions—essentially ensuring my world wouldn’t fall apart because I found the courage to be assertive or honest.

At some point in my late teens, I also became a psychic junkie, regularly visiting my local tea room for insights into my future.

They rarely gave me any concrete information, but they always ended each session with, “Everything’s going to be okay.”

This one moment was what I paid for—absolute verification from someone who I believed knew that nothing bad was going to happen.

I suspect this is what fuels the self-help industry, and it’s why we get so attached to comforting beliefs. We want there to be far more absolutes than there are, and we don’t want to have to carry the weight of our choices alone.

Sometimes in looking for emotional back up, we give our power away—and oftentimes to people who know far less about what we need than we think. It’s an interesting thing about perceived experts: Our perceptions aren’t always accurate.

In their book Sway: The Irresistible Pull of Irrational Behavior, Ori and Ram Brafman explore a concept known as value attribution, what they describe as a quick mental shortcut to help us decide what warrants our attention.

Essentially, this idea suggests that once we assign a certain value to a person or thing, that understanding influences how we translate new information.

So, if you decide someone is an authority on a subject, you’re more likely to take their words to heart, whereas you likely wouldn’t put your trust in someone who doesn’t seem to have any credentials.

As an example, the authors cite the unknown scientist Eugene Dubois’ search for the missing link back in the 1800s. Although he unearthed fossils from what is now known as Homo erectus, anthropologists refused to believe he made a major discovery in human evolution.

Years later, the well-respected Charles Dawson (not to be confused with Charles Darwin) presented the London British Museum with fossils from what he named “Piltdown Man” for the city where he found them. The skull appeared to have been dipped in brown paint for an aged effect, and the jaw actually came from an orangutan.

Since this discovery confirmed that civilization began in England, which pleased the British, and the scientific community valued Dawson as reputable, they believed what was, in retrospect, a pretty obvious deception.

They valued his words because of what they wanted to believe and who he was, even though his words were completely untrue.

It happens all the time in the modern world.

You see a self-help book from a best-selling author and assume it’s a ground-breaking resource before even reading it. Or someone offers you something for free and, in the end, you devalue it—if it costs nothing, it doesn’t appear to be worth something.

The value we attribute to people and things isn’t always an accurate reflection of the value they can offer us, particularly when we’re looking for answers to avoid the pain of acknowledging there aren’t any.

At the end of the day, we need to know when we know all we can, and then we need to act and own that choice.

All the good advice in the world won’t change that the future is unpredictable, and even counsel from an expert with a wall full of degrees can’t guarantee a specific outcome.

The experts don’t have all the answers. Sometimes there aren’t any absolute answers. More often than not the real answer is that we have to use our own instincts and common sense and accept that what will be, will be.