“Toxic” People Often Need Compassion the Most
By Vironika Tugaleva 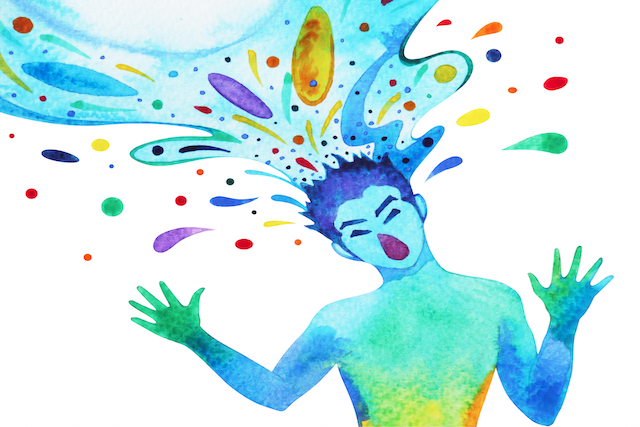 By all standard definitions, I used to be an energy vampire. I lived in my own self-created drama, prone to rages, complaints, and self-pity. I exhausted the people around me and played games of control, superiority, and victimhood.

I’ve heard this bundle of behaviors called a “personality type,” and I think that is as obscene as saying that a hungry person has a “Hungry Personality Type.”

Such a person is simply hungry, not inherently flawed.

A few years ago, I began hearing voices and feeling suicidal. I had drained the people around me dry and I was all alone. I was trying to drain myself, but I had nothing left to give. I had to choose: change or die.

When I started to change, I realized just how much I hated myself, how much I judged myself, how many impossible standards I set for my own acceptance. I began to work on accepting and loving myself just as I was.

I began to fall deeply in love with everything and everyone. After years of hunger, years of being a love vampire, biting others to get it, I realized that I could feed myself. I didn’t have to hurt myself or anyone else.

In that awareness, I remembered the people who had accepted me when I was “toxic.” These people became my teachers. Their kindness and love, which was invisible to me in a state of desperate love hunger, suddenly became crystal clear in my newfound self-awareness.

It hurts me to confess that some of these people never got to see me get better. All they knew was my darkness and they gave as much as they could before they left. And they are still my greatest teachers.

After I healed my mind and replenished my self-love tank, I began to reach out to others on the same journey.

I’ve met so many people who have been abandoned by everyone around them, because they’re “energy vampires.” I found these people in my family. I found them in my old circles of friends.

It hasn’t been easy, but I’ve really tried to give back what was given to me. I’ve tried my best to be loving and supportive to people who only know how to take (at least, right now).

And it’s been worth it.

A few years ago, I kept meeting up with one person that everyone around me told me was toxic. I was always exhausted after hanging around her and I knew that, deep down, she resented me. She treated me just like I used to treat people.

I didn’t “cut ties” or “protect myself” from her as all the articles say. I gave her some of my time—not all of it, but some of it. I took care of myself enough that I could heal from any emotional pain I got in our meetings.

Eventually, she stopped talking to me. We didn’t speak for close to five months and, the other day, she suddenly called me to ask if we could meet up.

When I saw her, her eyes were sparkling and her smile shone for miles. She couldn’t stop talking about all the epiphanies she’d had and all the ways she’d healed. She had stumbled across some powerful lessons in a program she enrolled in and it changed her life.

She kept saying, “Now, I understand.” Everything I would talk about that she eyed suspiciously—now, she understood.

After a long conversation about her new, joyful life, she paused, looked away, and said, “I hated you, you know. I couldn’t believe anything you said and I just didn’t understand that happiness like this was possible. I thought you were lying. I was such a jerk to you. Why did you keep talking to me?”

I smiled and said the words that I’d used to defend her behind her back when others would interrogate me with the same question: “You deserve it. I saw myself in you. You weren’t a jerk. You were hungry. I knew you’d wake up one day and, when you did, you’d remember this, remember me. And, one day, you’d be that person for someone else.”

I’m not saying we should all surround ourselves with people who make us feel bad. I’m not saying that we should spend all our time giving compassion to others at our own demise.

What I am saying is this: Oftentimes the “toxic” people are the ones that need compassion the most.

And although you probably won’t get a “Thank You” from them in that moment, being kind, seeing them from a compassionate perspective, and refusing to resort to negative adjectives, that could really change a person’s life.

Your acts of kindness, though they may not be immediately rewarded, are never wasted. They will sit inside the recipient’s mind, outside the walls of their self-imposed limiting beliefs, awaiting their awakening.

And, if they do awaken, they will remember you and they will learn from you. And your acts will have contributed to a more loving world with fewer “energy vampires” and more people who love themselves and love others.

3 Steps to Rocket Your Creative Dreams into the Stratosphere