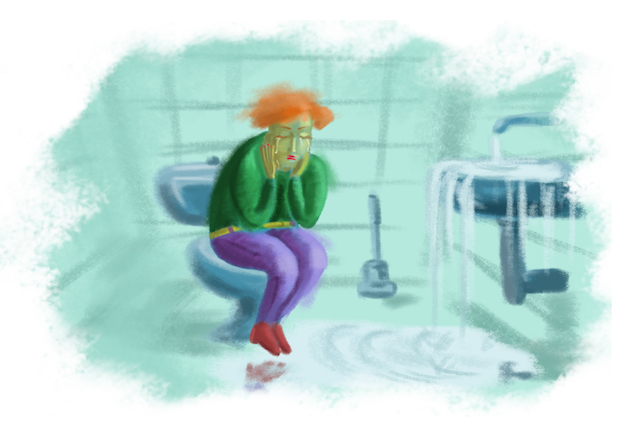 “If someone does not want me, it is not the end of the world. But if I do not want me, the world is nothing but endings.” ~Nayyirah Waheed

Rejection means a lot of things to a lot of different people. To healthcare professionals, it may mean immunological incompatibility, a body not accepting a transplanted tissue or organ. To a couple that wants to adopt, a rejection letter can be discouraging and devastating news. To a writer, rejection can come in the form of submitting your precious work that you slaved over to a publisher and being told it didn’t quite make the cut.

I struggle with rejection, and I am no stranger to it. I’ve been rejected for numerous jobs, I’ve lost out on scholarships, I’ve had friends dump me, and boys tell me they don’t like me. It’s impossible to be a human in this world and not experience rejection.

The hardest form of rejection for me is social rejection. It hurts much more than any other form of rejection because it feels like definitive proof that there is something undeniably wrong with me. Something is wrong with me, and that has just been confirmed by someone else. All of the doubts and shame that have been floating around in my brain finally become real.

They only invited you to the party because they felt sorry for you. You aren’t cool enough to date that person. Your friends only tolerate you. Who do you think you are? They were bound to find out eventually.

This fear of rejection has caused more consequences for me than the actual act of rejection itself. This often happens in life, the fear of something being more potent and powerful than the thing we are actually afraid of.

It’s the anxiety of going to the dentist resulting in sleepless nights and panic attacks. Then when you get there, you realize that it takes thirty minutes and all you need is a routine clean.

It’s lying in bed at night going over potential disastrous scenarios of your public speech or work presentation, creating a spiral of panic and dread.

It’s avoiding going to parties, dates, and events because you’d rather avoid any sort of risk, even if it means missing out on the rewards.

It’s common knowledge that being thirteen years old is one of the worst stages of life for most of us. You feel awkward in your body, your self-esteem is at an all-time low, and you feel misunderstood by the world, especially your parents.

When I was thirteen, my family decided to move up north to a small beach town, and I started a new school. It was a Christian school that had a shining reputation. I naturally expected it to be filled with loving and kind Christian kids who would accept me with open arms. This was not the case.

Thirteen-year-old boys are cruel. They immediately heard my Canadian accent and constantly mocked me for it. Growing up, girls are told that when boys are mean to you it’s because they like you. With that mentality, it’s not that surprising that so many women choose to stay with men who treat them like garbage. I’m not sure if these boys had crushes on me, or they just saw an awkward ginger girl who was very out of place and decided to pounce.

The girls, on the other hand, already had established friendship groups and were not looking to expand, especially to a girl who didn’t fit their cookie cutter Christian image.

Apart from my very obvious physical differences, I also had very different views to the kids and teachers at the school. I was brought up in a Christian family, but I was still allowed to make up my own mind about issues in the world.

Being a lost thirteen-year-old who felt very disconnected and dislocated, I gravitated toward the world of feminism and social justice. Sexism and misogyny enraged me, and I found an online community of other women who weren’t afraid to speak their truth and challenge the status quo. It became my whole world, because I had nothing else to subscribe to.

I was outspoken about my beliefs. I was a proud feminist, I was pro-choice, and I supported LGBT rights. All of these things were completely taboo and blasphemous at the school I went to. I was immediately considered to be the “bad egg,” further ostracizing me from the rest of the school.

My only friend was Emma, my one shining light in a sea of hostility and judgment. We were kindred spirits, and we felt like it was us against the world. Due to our closeness, rumors started that we were lesbians (the worst sin you could commit at a Christian school, clearly). I remember one kid refusing to share his food with me because I was gay, and another kid spitting on me during P.E class.

This was the first time in my life I had experienced full on social rejection, loud and clear. Of course, I had experienced exclusion and rejection before that, but never to such an extreme, and none with the clear message of “You are wrong. You do not belong here.”

And at that vulnerable age, when I was already deeply struggling with self-esteem and teenage angst and disorientation, it had a devastating effect on me.

I dreaded going to school, I spent lunches sitting alone in a bathroom stall, and I was constantly on the verge of tears. I didn’t even feel like the teachers accepted me or even “saw” me. Even the school counselors felt unsafe; I knew they had ulterior motives and would never truly understand what I was experiencing.

I only lasted a year and half at that awful school, finally gaining the courage and motivation to leave after some very valuable counseling sessions from an outside source. I moved schools to a public high school, which on paper sounded rougher around the edges, but I truly thrived there.

My grades soared, I became involved with extracurriculars, I became a prefect, I won awards and scholarships. I found lifelong friends who accepted me, and teachers who became mentors and saw the value and potential in me. I graduated feeling joyous and triumphant.

Though I had such an awful experience at the Christian school, I had made a change and things got better. It was a confirmation that life could be good, and it wasn’t all loss and rejection.

The thing is, even though we may feel we’ve moved on from painful experiences, they can still be triggered in our everyday lives and interactions. We can instantly be transported back to those vulnerable and lowest points of our life, and our behaviors and thoughts can still be products of that time.

Though my schooling experience had a happy ending, I now realize that I am deeply afraid of rejection. I still have this fear inside of me that there is something inherently wrong with me, and once people find that out, they will leave me. This is only made more salient due to this clearly false belief that my suffering and my pain is unique and everyone else in the world seems to have it figured out.

Though I know this to be logically false, because I am in my own mind, it feels so much more believable and real. Social media, especially Instagram, is known to do this. People can project any image they want out into the world. They show the highlight reel of their lives, the best of the best. They show how much fun they are having, how many friends they have, and how happy they are. How can you not be fooled by that?

I know that we are all imperfect. We all have insecurities, anxieties, and shame. Brené Brown says “everyone has a story that will break your heart. And, if you’re really paying attention, most people have a story that will bring you to your knees.” When I am at my lowest, I am so preoccupied with my own all-encompassing suffering that I disconnect from the rest of the world.

I forget that our pain and suffering is actually a connective tissue between us all. Fear of rejection is not a unique phenomenon that I have just discovered. It is an age-old problem that plagues so many of us. It stops us from taking risks, from being vulnerable, and from pursuing our creative passions.

I notice this fear of rejection creeping up into so many areas of my life. I became more of an “idea” of a person than a real person. I put up barriers so that people won’t get to see the real me. I notice myself embellishing the cool aspects of my life and personality when I’m on a first date, and though we all do that naturally on a first date, I know it stems from a fear of rejection.

If someone takes longer to reply to me than normal, or their tone changes when texting me, I interpret it as a sign that they are no longer interested or that they hate me. We all see memes about this circulating on Instagram, no doubt a coping mechanism, but it can be truly debilitating.

The sign of a resilient person, someone whose self-esteem comes from within rather than external validation, is even when you are rejected, it doesn’t break you. You have enough self-worth to know that rejection doesn’t define you, if anything it makes you stronger. If you don’t get invited to a party, if your friends decide to not invite you out, if your Tinder date ghosts you, you are still you.

My favorite actress/comedian Jenny Slate said in an interview, on constantly drawing and redrawing the picture of who you want to be, “You have to be limber. Every shape that you will be bent into, whether you do it to yourself or you are blown by the wind or someone comes in there and breaks you in half, is still you. No version of myself is permanent, but sometimes those bad parts are trying to fool me into thinking they are permanent.”

I will always be me, and I can decide if I want to treat rejection as a death sentence or a form of new life.

Alana has recently reached her early twenties and is navigating the ups and downs of life through writing. For her, writing is a way to process difficult topics and issues and connect with others.

How to Overcome the Pain of Rejection