When a Wrong Can’t Be Righted: How to Deal With Regret
By Melissa Pennel 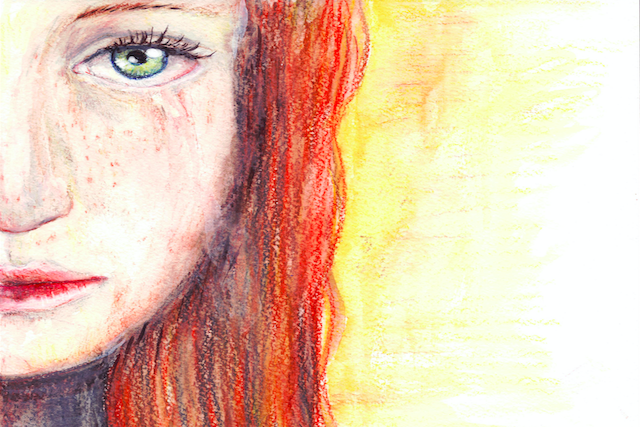 “Regret can be your worst enemy or your best friend. You get to decide which.” ~Martha Beck

I was lucky enough to grow up with a pretty great mom.

She put herself through nursing school as a single parent, still made it to every field trip and dance recital, and somehow always made my brother and me feel like the best thing since sliced bread (even when we were acting like moldy and ungrateful fruitcakes).

She knew our deepest secrets, our friends, and who we were capable of being—even when we didn’t know ourselves. As I grew older my mom and I had a journal that we would pass back and forth. In it we shared our thoughts and feelings, stories, and fears, as if we didn’t live in the same house and across the hall from each other.

She was my best friend and my “person,” my closest confidante and biggest supporter—but there was, of course, an inevitable down side.

Like anyone who doesn’t know what they have, I often took her for granted.

With age came independence, “worldliness,” and too-cool-for-school-ness. My relationship with my mother took a back seat to friends, romance, and my early-twenties aspirations of moving to LA and becoming rich and famous. (In reality I became an assistant to someone rich and famous, which was exactly close enough to send my self-esteem into a tailspin.)

On trips home I was mostly concerned with seeing friends and popping into old hangouts; she’d be there when I got home, I figured, and she understood… right?

I was young and gregarious, and had more important things to do than spend quality time with my mother. Even after moving back to town I didn’t see her much; the years had seen her fall into a deep depression, and it was one that vividly echoed a growing disappointment in my own life—her pain seemed to only compound mine.

As I began to work on getting my own life back on track, I relegated time with my mother to every other Sunday and holidays, holding her (and our relationship) at arm’s length. What seemed at the time to be self-care and boundaries was also a mixture of avoidance and burden—but I didn’t truly know this until a Tuesday afternoon one day in November.

She’d called me the night before and I’d ignored it; she was lonely and called me a lot, and I’d decided that I couldn’t always stop what I was doing to answer. But the next day I got a call at work from my brother, telling me to come home at once. When I got there I found that she’d died in her sleep the night before.

I checked the voicemail that she’d left me. In it she’d asked me to come over and see a movie with her.

The guilt caved me in.

The following weeks and months were a blur. I was beside myself with grief, regret, and the illogical thinking that can come with loss: Maybe if I’d come over that night she wouldn’t have died. Maybe if I’d been around more, called more, or been a better daughter, maybe that would have changed things.

I recounted my failings and knew there had been many—there usually are, once death takes away the possible tomorrows that you thought you had. Losing her was one thing, but the cloud of regret that hung over my head was entirely different and all encompassing.

It lasted for quite a while.

I didn’t wake up one day and realize that I wasn’t to blame for her death, although I knew how illogical that thought was to others. I also never woke up and felt that the way I acted toward her was entirely right; though fallible and human, I’d consciously been an absentee daughter for quite a while.

But, what did this guilt mean for the rest of my life? Did it mean making myself sick with the never ending replay of all I’d done wrong, or constantly reliving all of the choices I wish I hadn’t made?

As time went on it became apparent that I could literally spend the rest of my life punishing myself. It felt almost fair to carry the weight of regret everywhere that I went. After some time, however, I began to wonder who I was carrying it for.

Was the regret for her, homage to my mother that I could never really repay? Was it for myself, a masochistic comfort that I felt in never truly forgiving my past?

As I contemplated these ideas in the periphery of my mind, I began to take notice of how others repair the damage stemming from guilt and regret.

In recovery communities, when you wrong someone (and realize it) you seek to make it right. You revisit the ill behavior of your past, and (unless it’s going to harm another) you approach the person and ask how to repair things. It may be that financial amends are necessary, it might be taking a restorative action, or it may be that you’re asked to simply leave those you’ve hurt alone—but an effort is made to right the wrong.

And if a wrong can’t possibly be righted (because of death, for example) you make something that’s called a “living amends.”

Another way to look at this is “paying it forward.” Maybe the person that you harmed is gone, but if they were still here, what would you do to make it right? Is there something that you can do for someone else, or another cause, or in memoriam of the person toward whom you committed the harm? Are there things about the way you live that you can change—things you would have implemented with said person, if you’d had the chance?

The idea of a “living amends” intrigued me. Although I knew it couldn’t actually change my past actions, it could definitely change the way that I felt about the future. And anything was better than sitting under a lead blanket of guilt every time I stopped moving long enough to think.

I realized that a huge regret I felt with my mom was the complete disregard I’d had for her time. I came to visit when I felt like it, left when it was good for me, and flaked if I couldn’t “handle” her that day.

I knew that something I could do moving forward would be to show up more consistently in other relationships: make commitments and keep them, respect the time of loved ones, and show with my actions how I felt in my heart.

I also realized that I don’t want to be the kind of person who avoids another’s pain just because it’s difficult for me to bear. Depression is a heavy load to carry, and sitting with a loved one while they’re hurting can be uncomfortable—but sometimes it’s in simply witnessing another’s pain that you can help lighten it.

Boundaries are important, and some of those I drew were necessary, but some were just convenient. I now try to show up even if that’s all I can do, because I know how it feels when another does that for me.

I began to honor her in small ways financially when I could: donating to animal welfare causes that she’d loved, reaching out to my estranged brother, and becoming politically active in ways that I’d never really considered before—all things that would have made her proud.

The tears still came and the past remained unchanged, but as I lived my way to the person she knew I could be, I felt the clouds begin to part and the edges of my grief soften.

As I forged this path of “living amends” I found that it applied to other aspects of my past as well—unchangeable missteps that had kept me wrapped in a blanket of regret began to unfurl into opportunities.

Rather than filling journals with the saga of self-flagellation (which is as ugly as it sounds) I began to ask, “Where can I make this right?” If a wrong (or a relationship) couldn’t be tangibly “righted” there were always other ways that I could live my way toward an amends.

I now look at it as actively applying the lessons that mistakes have taught me—searching for how to make my future actions match the hard-won realizations about who I want to be.

Now, don’t get me wrong: I’m not Mother Teresa, and I don’t wake up each day guided by a strictly altruistic force that leads to a perfect and pious life. (Although that would be nice, I’m still pretty human and a work in progress.)

What I have found, however, is a path of self-forgiveness: ideas, actions, and direction for the moments when I feel myself living in the cave of “if only” and regret.

Although that cave is a familiar place to be, there’s far too much life to be lived in the world outside of it.

A Powerful Technique That Can Help Heal the Pain of Regret